Grease Live at The Alexandra, Birmingham 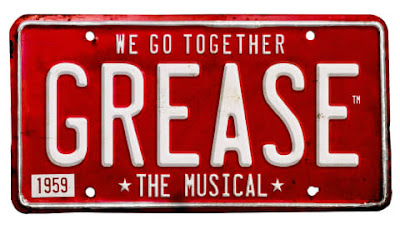 Last night I had the pleasure of watching Grease The Musical at the Alexandra Theatre in Birmingham. As a huge fan of the movie, I was really looking forward to a night getting lost in the familiar, sing a long songs, that I loved as a teenager and I'm so pleased to say that it didn't disappoint. The world’s best loved musical is back and it's grittier and more glamorous than ever! It's bursting with hits including Summer Nights, Greased Lightnin’, Hopelessly Devoted to You and You’re the One That I Want, but it also includes a whole host of new songs which I loved, watch out for the 'Mooning' song which is hilarious. There's a fresh young cast who bring all the energy to this ultimate musical classic. The Pink Ladies were all wonderful and the Burger Palace Boys were a bunch of horny boys but they were all so much fun to watch. I loved the new twist on the show as it really holds your attention and brought a new look to the show. It was great to watch as you never knew what was coming next. 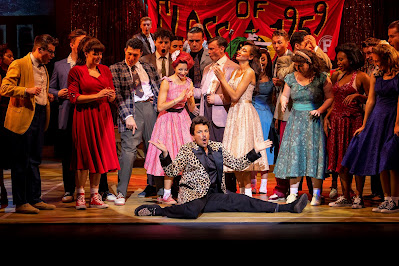 Directed by Curve’s Artistic Director Nikolai Foster and starring very special guest artist Peter Andre as Teen Angel and Vince Fontaine. You'll be sure to reignite your passion of this show and get ready for an explosion of summer loving. I have to admit that Peter Andre did steal the show at times with his comedy antics, gorgeous voice and dazzling dance moves. The whole cast were superb and really did an amazing job of putting new life into this show. It was everything I'd had expected and more. I had a really lovely time and enjoyed every minute. 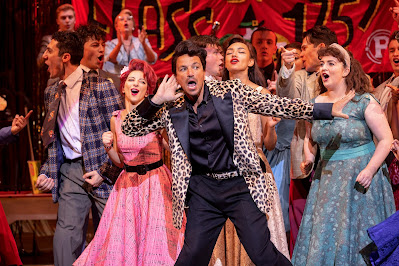 Grease the Musical is only in town for one week so hurry up and grab yourself a ticket today as this one treat that you won't want to miss out on. The whole show is one non stop party from start to finish. I loved the party scenes where everyone was dancing, it was quite spectacular. The Choreography by Arlene Phillips was fantastic and so much fun. And the end there was a real treat too, as the whole cast joined Peter Andre on stage for a Grease sing along that the audience could join in with. Everyone was up on their feet singing along, which was amazing. My kids would have really loved it, maybe I'll have to take them now. 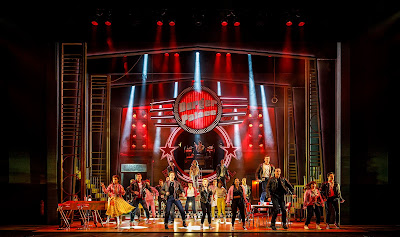 Ticket prices start from just £13 and show times run for 2 hours 30 minutes incl. interval. The Shows are on Tue - Sat at 19:30 and Wed, Thu and Sat at 14:30 and 19:30.
My friend Cat and I had a fantastic time last night and would highly recommend going to see Grease if you're a fan of the show, the movie or Peter Andre. So, if you're looking for a fun show with music and dancing and comedy galore, this show is the one that you want.
Disclosure: I was invited to Press Night. All opinions expressed are 100% my own.
Posted by Christine Taylor at 00:31