The Play That Goes Wrong at The Alexandra Theatre Birmingham #Review

The Play That Goes Wrong at 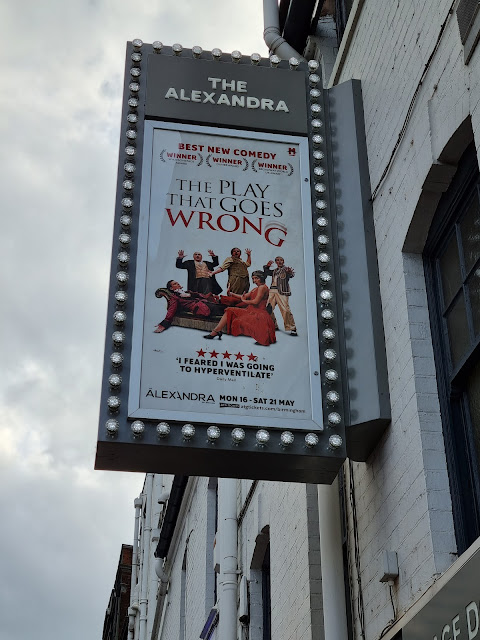 The Play That Goes Wrong is here in town this week at The Alexandra Theatre Birmingham as it continues to entertain audiences on a global scale. It's returned to it's touring roots to embark on its fifth UK tour this spring for 2022. The play features the fictional, Cornley Drama Society who are trying to put on a 1920s murder mystery, but as the title suggests, everything that can go wrong… does indeed go wrong and it's very funny. As the accident prone thesps battle against all the odds to reach their final curtain call.
I attended the Press Night showing last night and have to admit, I wasn't quite sure what I was going to think. I do love a good comedy but sometimes I struggle to find things that are 'supposed' to be funny, actually funny. I'm a bit of a sceptic at times. But, I'm happy to say that I actually really enjoyed this play and I did find it very funny, so much so that I laughed more than I have in months. The whole cast were very funny, whitty and quite lovable really. 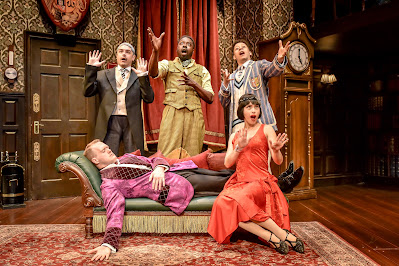 The staging was very clever and watching the set fall apart before our eyes throughout the night was thrilling and exciting. You never knew what was going to go wrong and happen next. There were lots of surprises, shocks and loud bangs which made me jump on more than one occasion. This play really is slapstick comedy at it's finest and it's very entertaining. 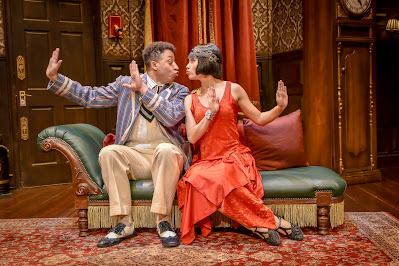 I have to give a special mention to Max Bennett who played both Cecil Haversham and the Gardener. He was so funny, I couldn't take my eyes off him, his infectious smile and silly ways sure made my night and I think the whole audience would have agreed with me. Everyone was fantastic but I had to mention Max as he was the star of the show for me. 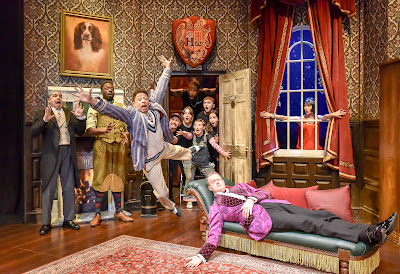 The Play That Goes Wrong is utterly delightful and just what I needed this week. They say that laughter is the best medicine and in this case, it really is. For times when you've had a long day, are feeling a little down or just need an escape for an hour or two. The Play That Goes Wrong could be your answer! It certainly was my smile after a boring day at the office.
The Play That Goes Wrong is at The Alexandra Theatre Birmingham from Monday 16th May to Saturday 21st May 2022. Tickets are still available from just £13 so if you're looking for something to do this week, why not go along and treat yourself to a night of laughter.
Disclosure: I was invited to attend the press night showing. All opinions are 100% my own.
Posted by Christine Taylor at 01:09 No comments:

CLUEDO: The Stage Play at The Alexandra Theatre Birmingham

CLUEDO: The Stage Play at

Last night I played Detective and went to see CLUEDO: The Stage Play at The Alexandra Theatre Birmingham. Starring Michelle Collins as Miss Scarlett, CLUEDO is an exciting, comedy thriller based on the hit 1985 film CLUE and the classic board game loved by generations. Directed by Mark Bell, director of the award winning The Play That Goes Wrong and A Comedy About A Bank Robbery just like the game, this brand new play promises a nostalgic, fun and thrilling evening of entertainment. And, it delivered just that. 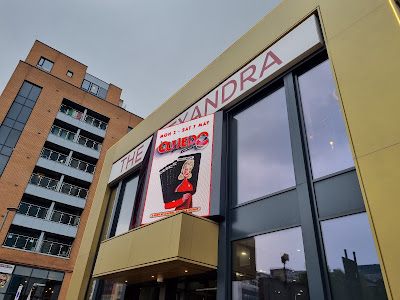 When Miss Scarlett, Professor Plum, Mrs Peacock, Reverend Green, Mrs. White and Colonel Mustard arrive at a party, they are surprised to find they have all received the same invitation from the mysterious Lord Boddy. It soon becomes clear that they all have hidden secrets and the mystery and hysteria grows when the staff of Boddy Manor are killed off with a variety of familiar weapons. It's all very comical and very funny. It'll have you laughing out loud.
Each character has their own stories, their own murderous motifs and their own quirks, should I say. Watching this play brought back a lot of happy childhood memories of a game I've not played in years but would now quite like to introduce to my children so they can play.
The staging of it all was so clever, with it's magical doors that moved with the set as they explored the house. It was fun, engaging and very exciting, and I really loved the silliness of it all. Wadsworth, the Butler, who was played by the wonderful Jean-Luke Worrell absolutely stole the show for me. His stage presence and humour was just incredible. He made me laugh so many times and his solo speech was just amazing. He's so talented.
CLUEDO The Stage Play is The Alexandra, Birmingham until Saturday 7 May so there's still plenty of time to grab yourself tickets if you'd like to go and see it sometime this week.
If you're looking for a night of laughter, silliness and nostalgic fun, then this play is for you.
I had a great night and really enjoyed watching something different. It's a bit shorter than most other plays (1 hour 40 minutes including the interval) but that was perfect length.
Long enough to tell their story but not too long as to drag it out and bore you. I enjoyed it.
CLUEDO THe Stage Play then moves onto Milton Keynes, Brighton and Glasgow.
Disclosure: I was invited to the press night showing. All opinions expressed are 100% mine.
Posted by Christine Taylor at 01:08 No comments: