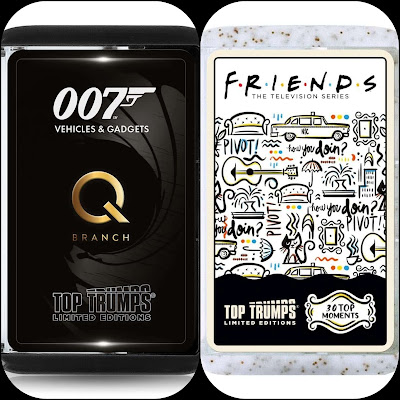 Top Trumps Limited Editions have put an adult twist on the UK's no.1 card game - featuring adult's favourite licenses including Friends, James Bond, Splitting Image and many more.
Any number of people can play Top Trumps, that’s what makes it the world’s coolest card game and the aim of the game? To be the first player to win all the cards. That's it!
How to play:
1. Shuffle and deal all the cards out face down.
2. Players pick up their cards and look at their top cards only.
3. Player 1 (left of dealer) chooses and calls out their best stat.
4. The other players see if they can beat this stat (Highest number wins).
5. The card with the highest stat wins the top cards and adds them to the base of their pile.
6. The winner of the round chooses the stat for the next round.
7. The first player to get all of the cards wins!
We're huge Friends fans so the Friends TV Series Top Trumps Card Game was always going to be our number one choice really and we're so glad that it was. It's so cool. 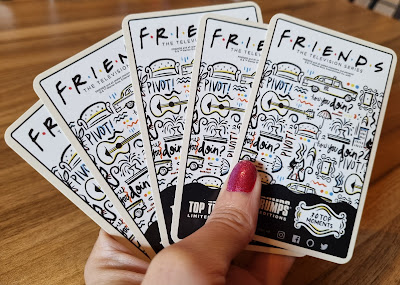 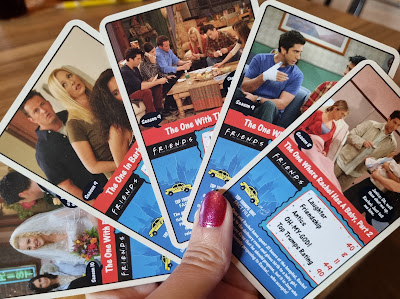 The series, created by David Crane and Marta Kauffman, spanned 10 seasons and 236 episodes! Friends racked up more than 85 hours of gags featuring Rachel, Joey, Monica, Phoebe, Ross and Chandler, and still left viewers wanting more. The show fascinated international audiences with its relatable, charming plot, humour, and authentic friendships - no wonder the series gained so many fans since its premiere in 1994. With this pack of Limited Edition Friends Top Trumps, in its special Cappuccino Case, you don't need to go through the entire series for the 10th time to locate your favourite Friends scenes. Just sit back with a cup of coffee, and enjoy the most iconic moments starring this beloved group. 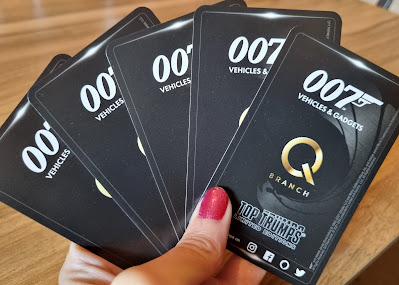 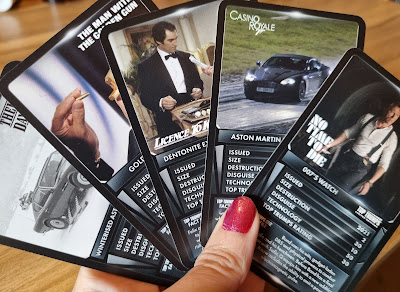 The James Bond Gadgets & Vehicles Top Trumps Card Game was our next choice as we're huge James Bond fans too, this one's more for Mummy and Daddy though - shh.
Familiarise yourself with thirty vehicles and gadgets that are closely associated with the double O agent also known as James Bond, and use this intel to battle it out with your friends and family for the title of Top Trump! Pick from iconic weapons and tools like the wrist dart gun, Dentonite explosives and the Parker pen, as well as vehicles like the Q Boat and the Aston Martin Vanquish. This pack celebrates some of Q Branch's most incredible gadgets, Bond's spontaneity and resourcefulness when it comes to their usage, and some of 007's foes’ most fiendish devices. Find out which car has the best Technology rating, which gadget is the best disguised, and which is Bond’s most recent piece of kit. Recapping a series of stunning moments from the beloved film franchise, this deck is guaranteed to thrill.
We love this game as you really can play Top Trumps anytime, anywhere, and with as many people as you like. And, with it's easy to carry plastic case it means there are no limits on gameplay. It's a great game to take away on your holidays with you as it fits easily into your pocket, bag or case. It's a nice quick game that all ages can enjoy, my two love playing it.
We shall be popping ours into our bags when we head up to Scotland this summer.
Disclosure: We received samples in return for an honest review. All opinions are our own.
Posted by Christine Taylor at 06:43