Catch Me If You Can at The Alexandra Theatre Birmingham #Review

Catch Me If You Can at 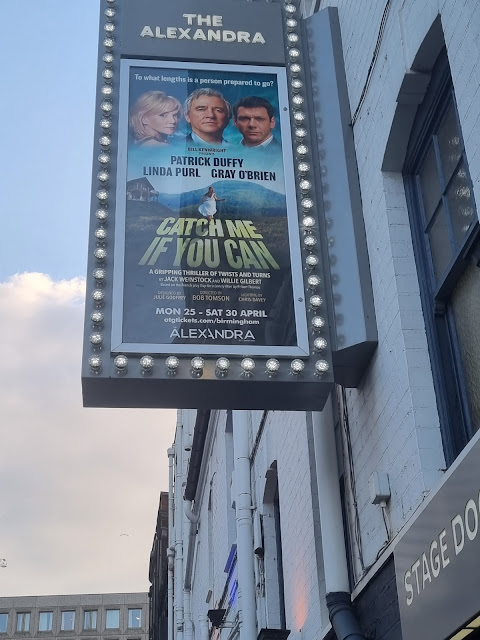 Catch Me If You Can, by Jack Weinstock and Willie Gilbert is now live on stage at The Alexandra Theatre Birmingham until Saturday 30 Apr 2022. Dallas legend Patrick Duffy, (The Man from Atlantis; Step By Step) Linda Purl, (Happy Days; Homeland) and Gray O’Brien (Peak Practice; Coronation Street) head the cast in this wonderful new production. 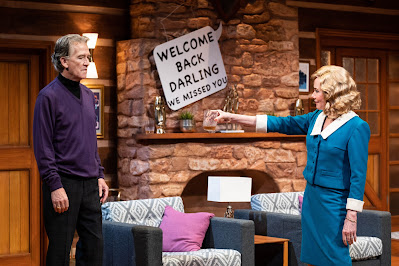 The story follows Inspector Levine as he's called to a house in the remote Catskill mountains to investigate the disappearance of newly married Elizabeth Corban. In a bizarre development a woman arrives at the house claiming to be the missing Elizabeth but, instead of celebrating the reunion, her husband accuses her of being an imposter and all sorts of strange things start to happen. Who's telling the truth? Who's not? Who knows? You'll be gripped the whole way through as the twists and turns take you on a fantastic adventure. 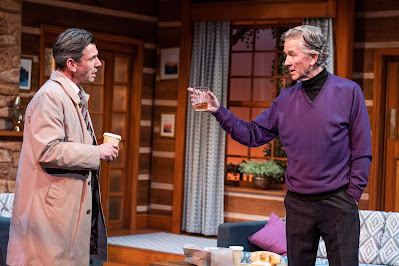 Adapted from French Writer Robert Thomas’ play Trap for a Lonely Man, this highly entertaining mystery has been the subject of three successful screenplays.
I attended last night for Opening Night and Press Night and have to say, I really enjoyed it. The stage setting stays based inside the beautiful holiday lodge but it's all very cleverly done and there's a great attention to detail. The Moose was a great touch, that did make me smile. Patrick Duffy's performance was completely effortless, he held your attention and had you hanging on his every word. The whole cast were wonderful though and even though this play is a thriller, there's also lots of laughs and comedy moments to enjoy too.
My Mum and I both really enjoyed the show and were so glad that we went to see it. The show's a little shorter than most at 2 hours and 5 minutes (that includes a 20 minutes interval) but it's well worth going to see. You know a play's good when you're not ready for the first half to end and as the curtain drops, you want to stay and watch more. This is that play.
Catch Me If You Can Tickets are still available and prices start from just £13.
If you're looking for something different, and a good night out. This show could be just what you need. You can't beat a good Thriller with Comedy fun in it to. It's a great show. 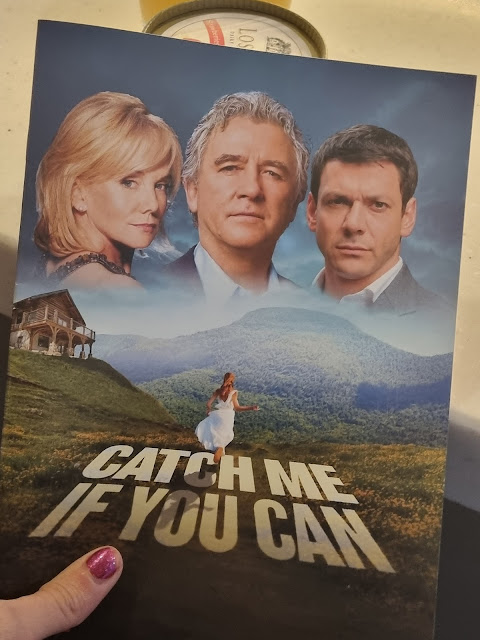 Disclosure: I attended a Press Night Showing. All opinions are my own.
Posted by Christine Taylor at 00:53