The Lion, the Witch and the Wardrobe at The Alexandra Theatre Birmingham

The Lion, the Witch and the Wardrobe

at The Alexandra Theatre Birmingham. 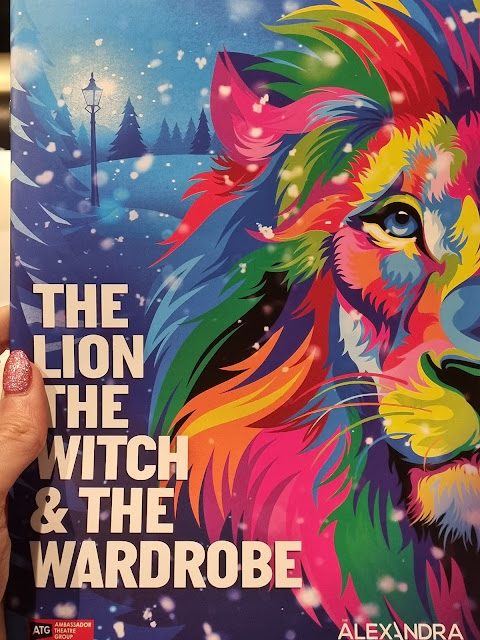 Last night my children and I attended the opening night and press night of the UK and Ireland's 2022 tour of The Lion, the Witch and the Wardrobe. The Alexandra Theatre in Birmingham opened up it's doors for this incredible production. Direct from London, this smash hit production of C.S. Lewis’ classic The Lion, the Witch and the Wardrobe, voted the nation’s favourite book is coming to a theatre near you in 2022. You won't want to miss it.
Step through the wardrobe and into the enchanted kingdom of Narnia. Join Lucy, Edmund, Susan and Peter as they wave goodbye to wartime Britain and embark on the most magical of adventures in a frozen, faraway land where they meet a Faun, talking Beavers, the noble king of Narnia, Aslan and the coldest, most evil of all, White Witch. We loved them all. 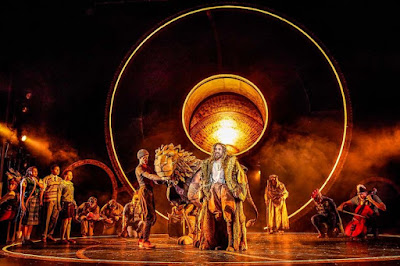 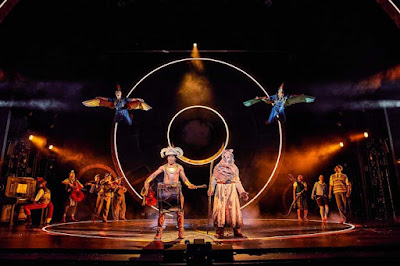 The staging of this show was wonderful, my kids really loved the low lighting. The cast set the scene of this story so perfectly. Everything was magical and charming. You felt a whole host of emotions whilst watching this adventure, everything from happiness, love, joy to sadness. We were all sat on the edge of our seats the whole way through and thoroughly enjoyed every moment. So much so, that we didn't want it to end. The music and the costumes were out of this world too, we'd never seen anything like them, they really did blow us away. 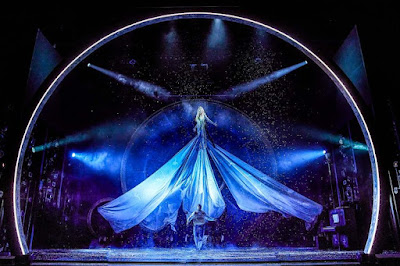 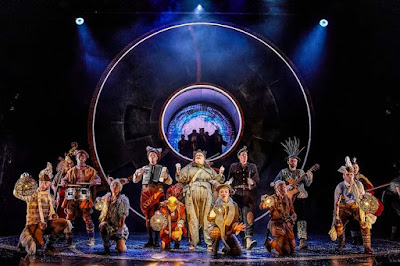 It's been a while since my kids have enjoyed a live show so much. Maybe it was the perfect mix of musical and play that captured their attention. There's lots of cute and funny animals to meet, scenes of flying creatures and so much more. The White Witch was scary at times but also soft and gentle at others. You really felt her emotions and loved her as the baddie. My boy loved Aslan and the amazing puppet they used for his lion. There were so many wonderful moments to be enjoyed by the whole family. I'm so glad we went to see it.
We even got to meet Santa Clause too, which was very exciting.
The Lion, the Witch and the Wardrobe is live at The Alexandra Theatre in Birmingham from Tuesday 8 March until Saturday 12th March. We would absolutely recommend that you go see if it you can whilst it's in town as it's definitely one not to be missed. Tickets are still available to buy online but be quick if it's something you'd like to see this week.
Prices start from just £14 - These tickets are totally worth every penny.
Sadly, I have just been informed that Sam Womack won't be in any performances at The Alexandra Theatre, Birmingham for the remainder of this week. Due to illness, the roles of The White Witch and Mrs. Macready will be played by Rachel Dawson, and the roles of Professor Kirk and Father Christmas will be played by Matthew James Hinchliffe. 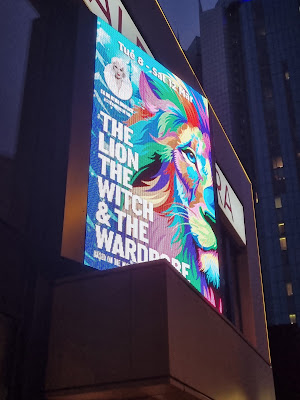 Disclosure: We attended the Press Night showing. All Opinions expressed ar 100% my own.
Posted by Christine Taylor at 05:23