Goldilocks and the Three Bears - The Birmingham Hippodrome Pantomime #Review

Goldilocks and the Three Bears - 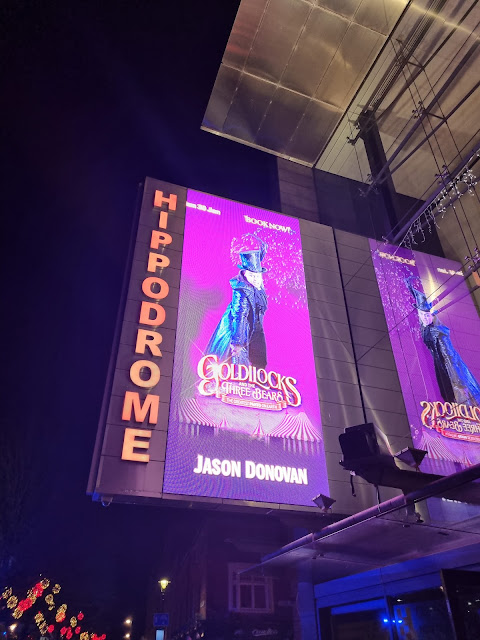 The Birmingham Hippodrome’s Goldilocks and the Three Bears is a Panto like no other I have ever seen before. Featuring sets and costumes direct from The London Palladium itself.
Goldilocks and the Three Bears is packed with proper laugh out loud comedy, extraordinary special effects, hair raising stunts and international circus acts. It's amazing!
This fun filled story is all about Dame Betty Barnum (Andrew Ryan) and her daughter Goldilocks (Samantha Dorrance) circus which is under threat from the evil rival circus owner, the Evil Ringmaster (Jason Donovan) but with the help of their madcap circus friends, they’re on an adventure to rescue their Big Top from ruin. Will they succeed? - Oh Yes they Will. 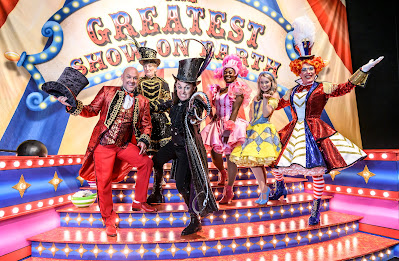 The star of the show for me was Dame Betty Barnum's son, the Ringmaster who is played by the wonderful Matt Slack. He captures the whole audience in the palm of his hands from start to finish with his quick Witt, naughty jokes and amazing talent. The chemistry between the cast was truly wonderful, when they laughed, you laughed. It was so infectious and brilliant. 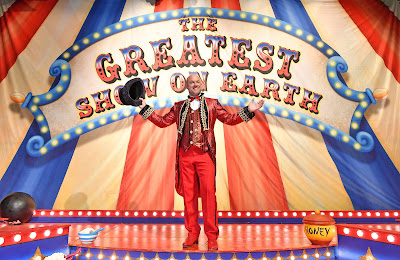 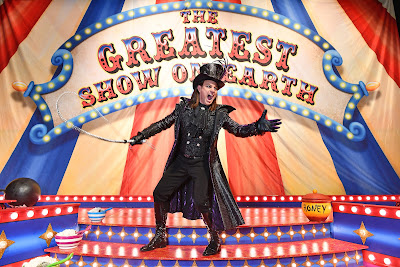 The actor, singer and much loved personality Jason Donovan makes his pantomime debut as The Evil Ringmaster in Goldilocks and the Three Bears here and he does an amazing job. You'd never know that it was his first time as he's an absolute natural. He's the lovable baddie that every good Panto needs. He has the audience Booing him throughout the whole show as he's mean to his incredible animals. I don't know how they did it but wow, what incredible props they used. He's not all bad though as he also has some really lovable moments that will make you love him too. There's lots of his own songs thrown into the mix which was great to hear and had you singing along with them all. This show has a bit of everything.
There's lots of lovely little nods to Birmingham, some good, some bad, but all hilariously funny. The Three Bears are of course the Three Brummie Bears and there's the delightful Doreen Tipton who plays the Lion Tamer. Both add a nice personal touch to those of us who live in this city of Brum ourselves. And who doesn't love to see a tap dancing bear. 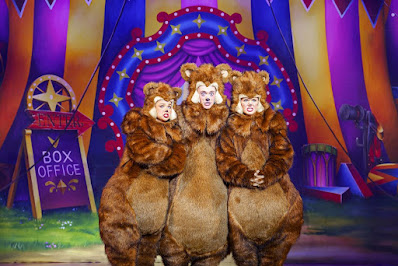 This show is a real spectacular full of dazzling lights, glitter and sparkles. It's also very loud at times but that just added to the fun. I do love a good Circus act and this one didn't disappoint. The Magician did things that I still don't know how he did them, I was utterly amazed - truly.
The Motorbikes in their Sphere act was my favourite by far, I just couldn't believe what I was seeing. It was amazing! All of the acts were fantastic though, I enjoyed every one of them.
You have so many amazing voices and Incredible talent everywhere on that stage.
It's just what we all need after the past few years, it's 2 hours of pure fun and excitement which I was so happy to sit and get lost in. I really didn't want the show to end.
I have to mention Alexia McIntosh as Candy Floss who has the most wonderful voice too. 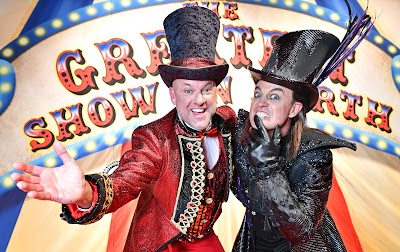 Matt Slack and Jason Donovan worked wonderfully together, their on stage relationship really shone so bright for all to see. Watching them singing and dancing together made my night.
Goldilocks and the Three Bears is at the Birmingham Hippodrome until Saturday January 30th so there's still plenty of time to grab yourself a ticket and go see the show. Grab your friends, grab your family, grab everyone and go see the Greatest Panto Show in Brum.
Running Time is approximately 2 hours and 20 minutes, including an interval.
Tickets prices start from £16 and are available HERE.
Age guidance: Recommended for children aged 5+ (Younger children can get bored or easily upset by special effects, so they don't admit under 3s or babes in arms to this production)
Disclosure: I attended the Media Night Performance. All the Opinions expressed in this review are 100% my own. Photographs are from the Birmingham Hippodrome.
Posted by Christine Taylor at 04:07