CHICAGO The Musical At The Alexandra Theatre #Review

CHICAGO At The Alexandra Theatre 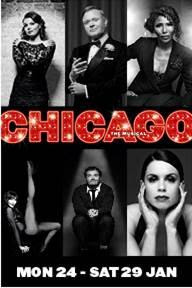 Set amidst the razzle dazzle decadence of the 1920s, CHICAGO is the story of Roxie Hart, a housewife and nightclub dancer who murders her bit on the side lover after he threatens to walk out on her one night. Desperate to avoid conviction and hungry for fame, she uses the media and her rival cellmate, Velma Kelly, to free herself from prison. She hires Chicago’s slickest criminal lawyer to transform her malicious crime into a barrage of sensational headlines and scandalous stories. But will she go free? And will she ever be happy?
This show is filled with big names and huge talents, with international recording artist Sinitta as Mama Morton. TV star Darren Day as Billy Flynn the criminal Lawyer. Leading West End star Djalenga Scott as Velma Kelly and Coronation Street star Faye Brookes as Roxie Hart. 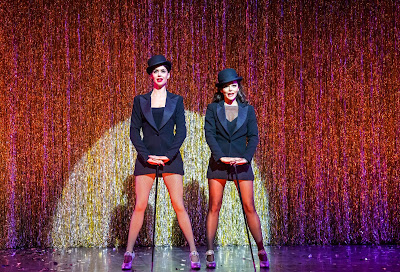 Created by the musical theatre talents of John Kander, Fred Ebb and legendary choreographer Bob Fosse, CHICAGO’s sexy, sassy score includes the show stopping songs we all love: “Razzle Dazzle”, “Cell Block Tango”, and “All That Jazz”.  Winner of six Tony Awards, two Olivier Awards and a Grammy, CHICAGO is the longest running American musical in Broadway and West End history. And it's here in Birmingham this week only! 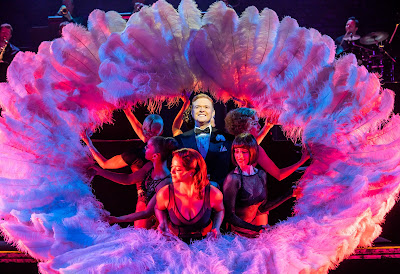 Last night was a full house for opening night and press night at The Alexandra Theatre. Excited crowds flocked to see this show, me included. As a total new comer to CHICAGO, having never seen it live before I was totally blown away. The staging was superb, simple but wonderful. The cast were so talented and looked incredible in their costumes. The orchestra played live on stage throughout the whole show even giving us a delightful solo song at the start of the Second Act which I absolutely loved. It was like being in the Jazz Club itself.
The show is full of surprises, sass and sexyness. It's an absolute delight from start to finish. I really didn't want it to end. I was tapping my toes, clicking my fingers and even singing along in parts too. I love how this show mixes sexxiness with quick witt and classy houmour so smoothly. I loved watching everyone but for me Faye Brookes really stole the show and my heart. She played the part of Roxie Hart so well and really brought her to life on that stage. 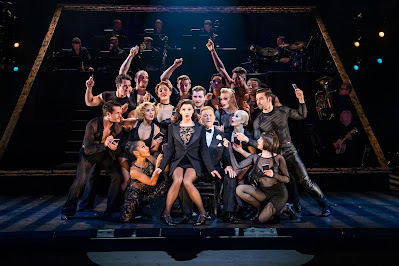 'We both reached for the gun' has to be my ultimate favourite song in the show if I had to pick just one as it was just so funny, and I laughed so loud. This scene in Act 1 made me smile so hard from ear to ear. It was just hilarious. Although this scene was my ultimate favourite there were many other great scenes too, they're all great. But to name a few of my other stand out  favourites, of course there's 'All that Jazz', 'Cell Block Tango' and 'Mister Cellophane' too. 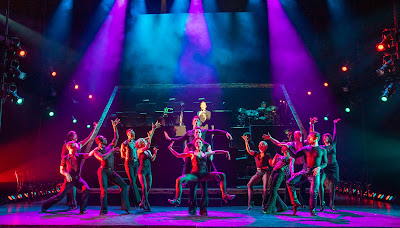 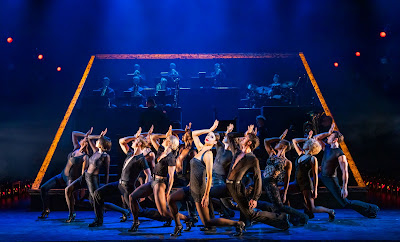 CHICAGO is in town at the Alexandra Theatre from Monday 24th to Saturday 29th January. Tickets are very limited as this is an extremely popular show and I can see why. Tickets are still available for most nights this week but do be quick if you'd like to go see this show.
If you can't see it in Birmingham this week, you can check where CHICAGO the Musical Tour is going to be next as it travels the country. The Tour for this year has only just begun.
I had such an amazing time watching CHICAGO and would highly recommend it to everyone I know and even those I don't know. It's an incredible show with an Incredible cast. Go see it!
Disclosure: I attended the Press Night but All Opinions expressed ate 100% my own.
Posted by Christine Taylor at 03:35