Bat Out Of Hell - The Musical at The Alexandra Theatre #Review

Bat Out Of Hell - The Musical at The Alexandra Theatre. 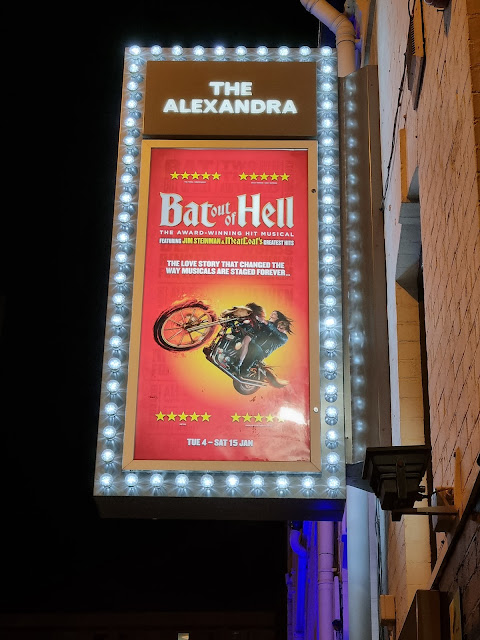 Tonight, the award winning musical Bat Out Of Hell came to town kicking off their amazing Bat Out Of Hell UK Tour. I went along to see their opening show tonight at Birmingham's Alexandra Theatre but It's only in town until january 15th so you won't wanna miss this one.
Bringing the legendary anthems of Jim Steinman & Meat Loaf to life on the stage before you're very eyes. It combines the magic and excitement of a musical with the immense energy of rock ‘n’ roll. It's a masterpiece of fun, excitement, love and music which keeps your toes tapping all the way through. Join Strat, played beautifully by Glenn Adamson, the forever young leader of rebellious gang ‘The Lost’ as he falls in love with Raven, the delightful Martha Kirby, who's the beautiful daughter of the tyrannical ruler of Obsidian, Falco, Rob Fowler. 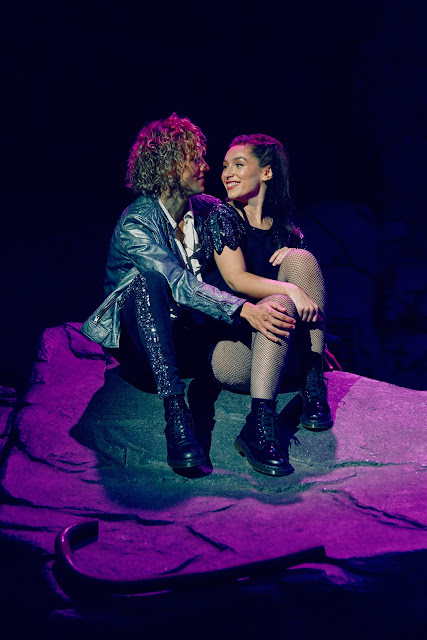 There's so much going on, on stage but it's a beautiful mix of live theatrics and story telling movie screens. It's hard to know what's real life and what's not at times. I loved this energetic  tale of two love stories that are connected throughout. There's the story of young love and the misunderstood and also the story of the older generation's love and how tough it is too. 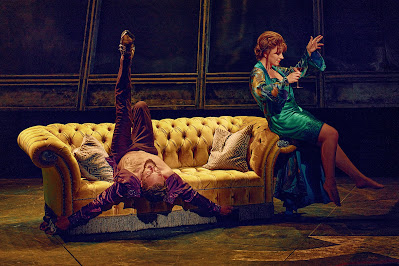 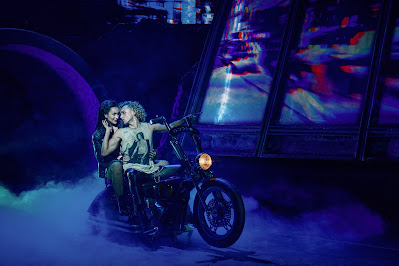 This wild child musical thunders through all the powerhouse hits including I’d Do Anything For Love (But I Won’t Do That), Paradise By The Dashboard Light - which is one of my favourites, Two Out Of Three Ain’t Bad, Dead Ringer For Love and Bat Out of Hell, in an exciting over the top theatrical spectacle unlike any other. It's a wonderful show to be enjoyed by all ages.
I loved the staging, as everything worked so perfectly and with all the motorbikes on stage, it was so awesome. There was lots of fire, bangs, glitter and thrills. I had such a fantastic time. 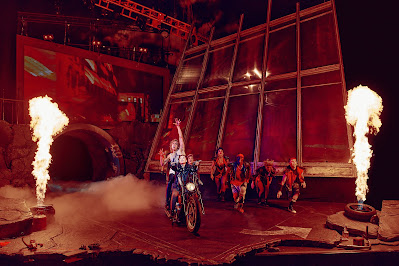 You really feel all the motions when watching this show. There's love, laughs and heartache. Death and Dancing and boy can they dance! The choreography is so amazing, as are their voices. The songs are delivered with such power and feeling. I want to watch it all over again. 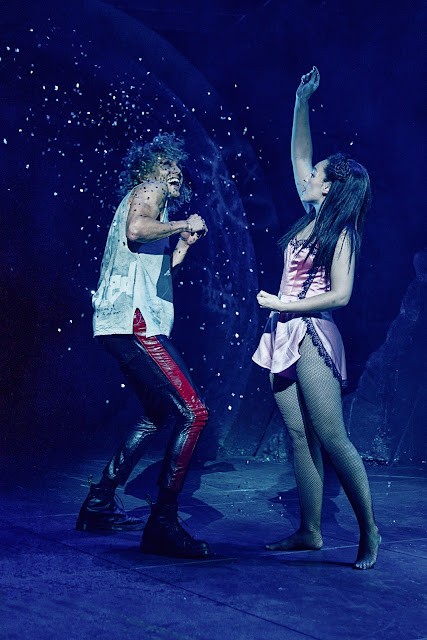