9 to 5 The Musical at The Alexandra Birmingham #Review

9 to 5 The Musical at The Alexandra Birmingham 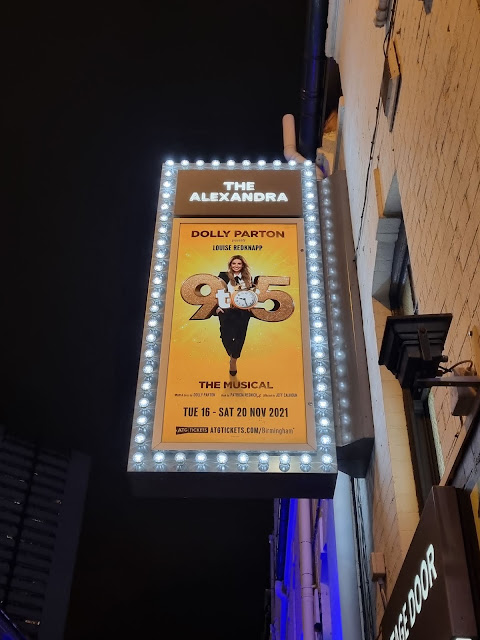 9 to 5 The Musical is in Birmingham for this week only at the Alexandra Theatre and here's why you should go and see it if you can. If you're looking for a laugh out loud, feel good, girl power show, then this is it! But you'll need to be quick as it;s only in town until Saturday 20th November. Ticket prices start from as little as £13.00 subject to a transaction fee of £3.65.
I went along tonight not knowing anything about the show or the story involved other than the words to the original Dolly Parton 9 to 5 song (those I do know but that's another story).
9 to 5 the Musical tells the comical story of three female workmates pushed to boiling point by their sexist and egotistical boss, who was played brilliantly tonight by Richard Taylor Woods. I won't spoil it too much for you but when they kidnap him and tie him up in a very unusual way, lets just say, you'll be laughing so hard and smiling from ear to ear. It's hilarious.  Will the women manage to reform their office or will the events unravel when the CEO pays an unexpected visit? You will have to watch the show for yourself to find out. 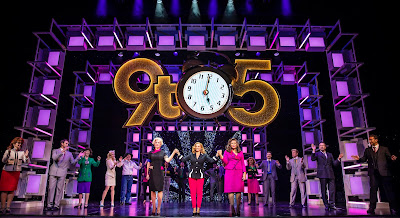 With an Oscar, Grammy and Tony award nominated score by the Queen of Country herself, Dolly Parton, and a book by the iconic movie’s original screenwriter Patricia Resnick, this hilarious new production is about teaming up, standing up and taking care of business!
9 to 5 The Musical is a proper Girl Power show and I loved every minute!
Starring Louise Redknapp, who was amazing as Violet Newstead absolutely wowed the audiences with her beautiful voice. I could have quite happily sat and watched this whole show all over again. Everyone was fantastic, from the stageing to the dancing, to the songs and the beautiful voices. Well done to a very talented cast indeed, the show was a blast. 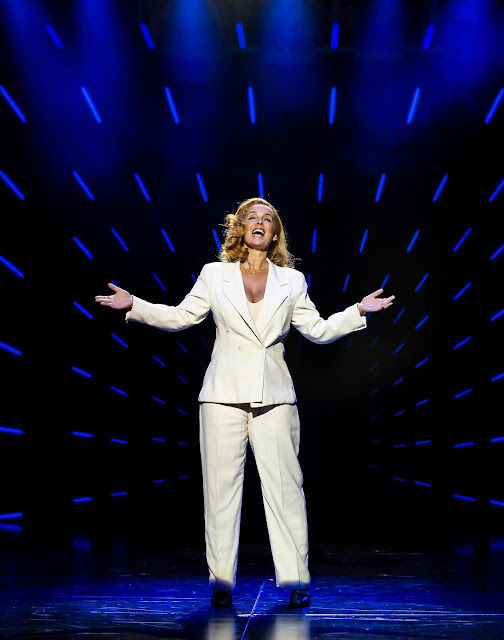 Show times run for approximately 2 hours 30 minutes including the interval. That's a whole 2 hours and 30 minutes of feel good fun for you to enjoy. Age recommendation for this how is 12 years and over as this production contains comical sexual references, light drug use and the occasional curse word. Which is probably ALL of the reasons that I loved it so much.
Dolly Parton does not appear live in this production but you do get to see her on a screen which is pretty cool. She helps the story telling along in some parts and sings her song too.
9 to 5 The Musical gets a well deserved 5 Stars from me - It's fantastic!
Tonight was also the launch of ATG’s Local Heroes. ATG Tickets proudly offers 25% OFF ticket prices to Local Heroes. To honour local heroes, they're offering teachers, social care workers, prison officers, armed forces and ‘blue light’ professionals 25% OFF the ticket price on a wide variety of shows from family favourites, hit musicals to great drama performances and jukebox shows. If we can make a night at the theatre more affordable for our heroes and their families, it’ll be their pleasure. For a full list of eligible professions, click here.
Disclosure: I was invited to the Press Night showing. This review is all my own opinions.
Posted by Christine Taylor at 14:55