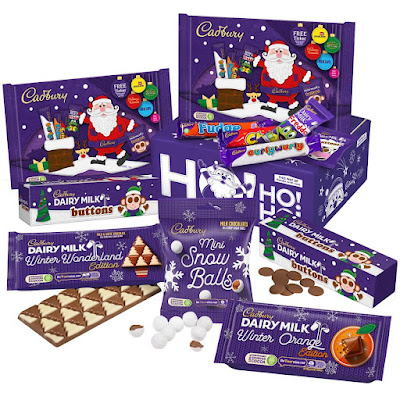 Today's November 1st so it's officially ok to say the C word now - Christmas!
Let's spread a little Christmas Cheer with a little giveaway as everyone deserves a treat at Christmas. Let's call it a Christmas Gift from me to you - well, one of you. The lucky one.
Inside this box of treats, you'll find:
2 x Christmas Selection Packs
1 x Cadbury Snow Balls Bag
2 x Cadbury Buttons Tube
1 x Cadbury Dairy Milk Winter Orange Bar
1 x Cadbury Dairy Milk Winter Edition Bar
To WIN - Simply use the Rafflecopter Form below to complete as many or as few of the entry options as you like. It's completely up to you how many you do but remember, the more entries you do, the more chances you have to win. 1 lucky winner will be chosen at random after it closes on November 30th  - This Giveaway is Open to the UK Only - Good Luck x
a Rafflecopter giveaway
This is not a sponsored Giveaway - The Prize is supplied by myself. Terms and Conditions: One winner will be drawn at random using the Rafflecopter App. This Giveaway is only open to the UK. The giveaways ends on November 30th. Winner contacted shortly after.
Posted by Christine Taylor at 05:49 159 comments: 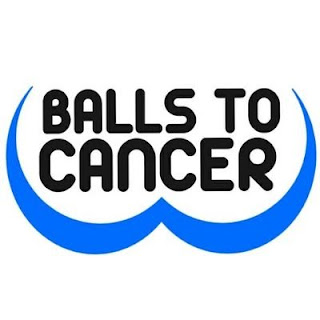 Balls to Cancer was setup in 2011 by Mark Bates with the love and support of his wife Susan following the death of Mark’s father, Geoff and Susan’s grandad Peter. Balls to Cancer, is a registered charity in the UK and was started to help raise awareness and offer support to men dealing with cancer. They soon realised they were able to offer their help and support to everyone. They've been successfully helping men, women and children suffering with cancer giving them love and support so they’re not alone.
They offer information on all forms of cancer via their website and they’re on hand to offer support by listening and talking. Through the generosity of their supporters, they’re able to support sufferers financially; giving support with household bills, equipment, clothing, school uniforms and winter coats.
Cancer hits everyone it affects physically, mentally and financially and they’re on hand to help where they can. In addition, they have 2 amazing luxury holiday homes in Burnham-on-Sea where families can share a carefree holiday, without worry; for free. They’re lucky to be able to offer free Chemotherapy support packs to anyone going through this challenging treatment. 100% of funds raised or donated goes into Balls to Cancer.  And this is where I come in as I wanted to help.
On November 26th, Balls To Cancer are hosting their 10th Anniversary Charity Christmas Ball at the Grand Station in Wolverhampton and I can't wait to attend. I wanted to help them raise a little extra on the night so I reached out on Twitter and by Email to see who could help me. The response I got was absolutely amazing.
For anyone attending on the night, there will be some wonderful prizes to be won thanks to You. I couldn't have done this without each of YOU! 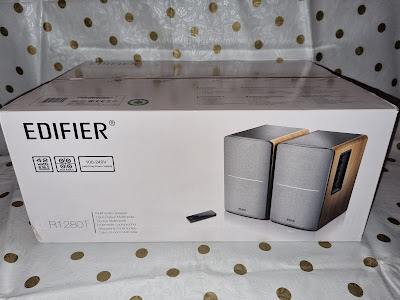 Thank You EDIFIER for their Edifier R1280T speakers. 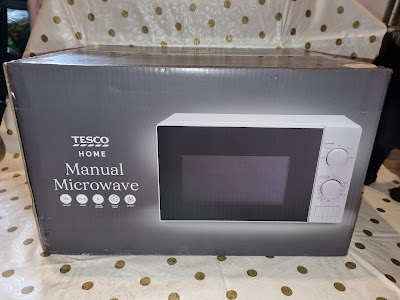 Thank You TESCO for their Tesco Manual Microwave. 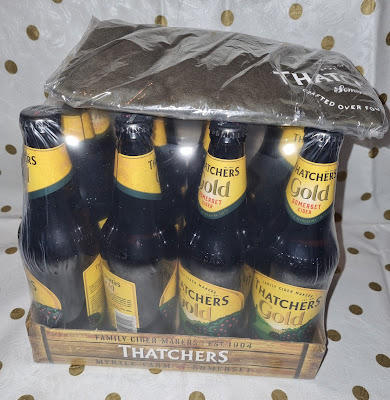 Thank You Thatchers for their Thatcher Gold Cider crate. 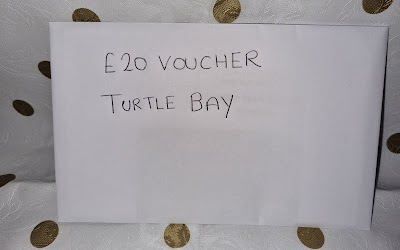 Thank You Turtlebay for their £20 Gift Voucher. 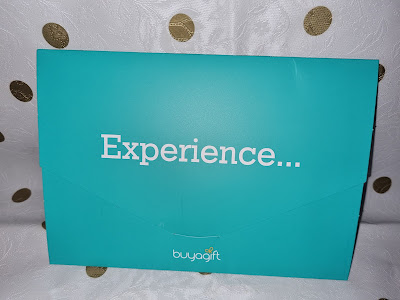 Thank You Buyagift for their Bungee Jump Gift Experience Voucher. 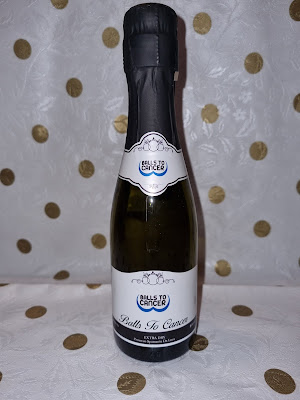 Thank You Say It With Champers for their Personalised Mini Prosecco Bottle. 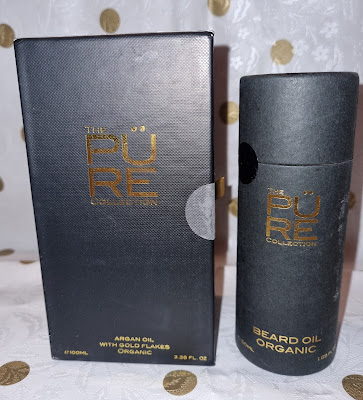 Thank You The Pure Collection for their Gorgeous Aragon Oil + Beard Oil set. 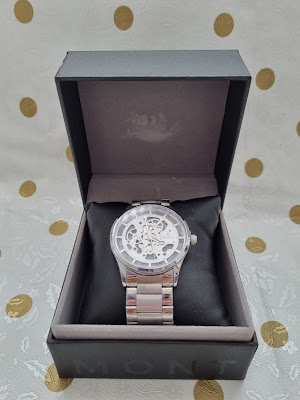 Thank You Trend Him for their Wonderful Watch. 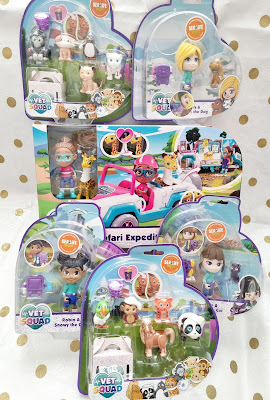 Thank You Vivid Toys and Games for their wonderful Vet Squad Bundle. 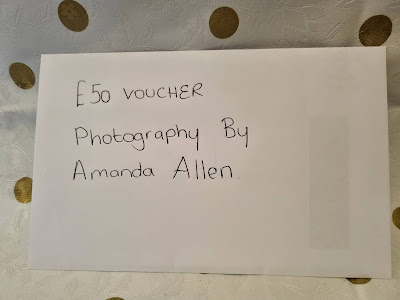 Thank You Photography By Amanda Allen for their £50 Voucher. 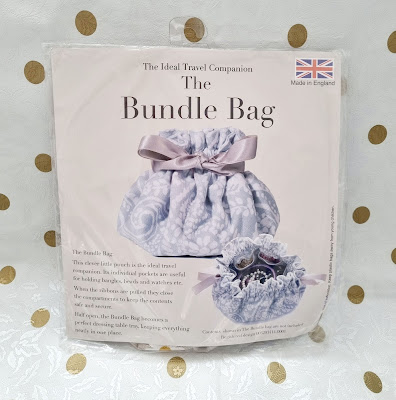 Thank You Serious Laughter for their lovely Bundle Bag Gift. 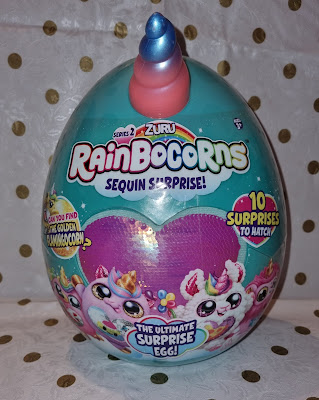 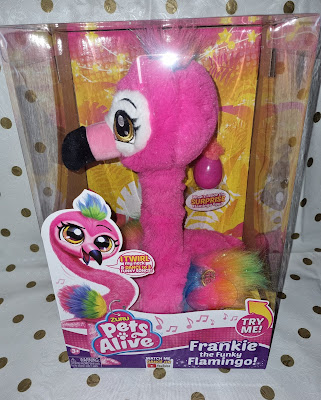 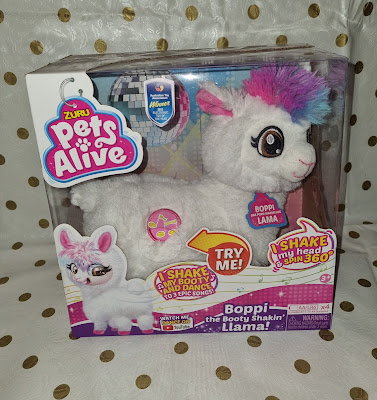 Thank You to a lovely friend who didn't wish to be mentioned.
I'm so excited to be able to help such a wonderful charity but I couldn't have done it without all of YOU, so Thank You. I shall of course let you know how it all goes on the night which is only a month away now. And if you would like to help by donating a pound or two or by raising funds any way you'd like, please do.
You can Donate online right here - Thank You if you can.
Disclosure: These Raffle Prizes have been kindly donated by all the companies mentioned. I have made nothing from this. All funds raised will be 100% donated to the charity Balls To Cancer. I am just raising funds on behalf of them, for them.
Posted by Christine Taylor at 05:42 No comments:

At the Birmingham Repertory Theatre. 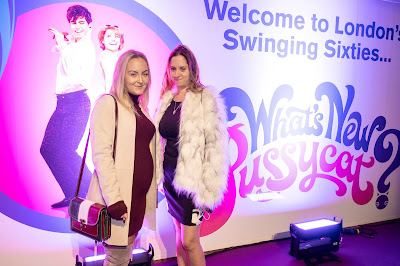 Thursday October 19th brought the World Premiere Gala Performance of new musical What's New Pussycat? to the Birmingham Repertory Theatre. I was one of the lucky ones who was invited to join them on the Red Carpet with a host of celebrity guests on the night.
Get ready for toe tapping music, fashion mods and rocking romance in this brand new musical comedy inspired by the classic Henry Fielding novel The History of Tom Jones. Written by Tony Award winning, Joe Di Pietro and featuring the iconic songs of Sir Tom Jones, this hilarious new show invites you to relive London’s swinging sixties in all its delicious excess. It’s 1965 and ladies’ man Tom Jones arrives in London with a broken heart, but he also has big dreams and a big voice. He quickly discovers an exciting world of mods and miniskirts, dancing and decadence, but most of all…incredible music. Romance and adventure await, but will Tom ever be reunited with his one true love, who seems more interested in designing for Carnaby Street than in being Mrs. Tom Jones?
This show is jam packed with amazing voices, I had goosebumps on several occasions. There's some real show stoppers. You’ll hear all of Sir Tom Jones greatest hits including Green, Green Grass of Home, It’s Not Unusual, Leave Your Hat On, Delilah, Mama Told Me Not To Come, Sex Bomb and, What’s New Pussycat? All performed by an amazing cast.
Tom Jones played by the very talented Dominic Andersen lit up the stage that night and pulled everyone in. He gave an amazing performance with his incredible voice. The swinging 60's didn't fail to deliver with his eye catching dance moves and show stopping style. I can see why it's over 12's as one scene sees Mr Tom Jones bear all but his underpants, not that we minded at all. It was very easy to see why everyone fell in love with this Tom Jones. 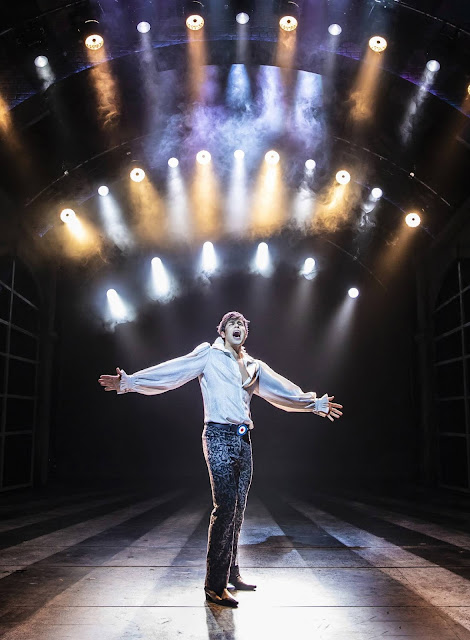 {Photograph by Pamela Raith}
I loved Bronté Barbé as Mary Western who looked absolutely gorgeous in her mini skirts and adored Rebekah Hinds as the The Girl In The Polka Dot Dress, she was hilarious. The whole cast were wonderful and the show even more so. I found myself singing along with every song and laughing out loud like I hadn't done in such a long time. It was fantastic to be back at the theatre and to see such a fabulous show, made me fall in love with the theatre again. 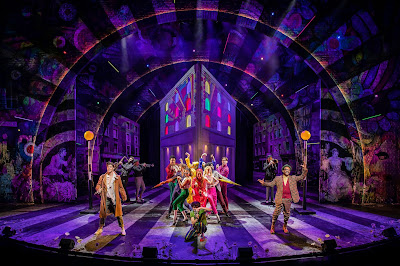 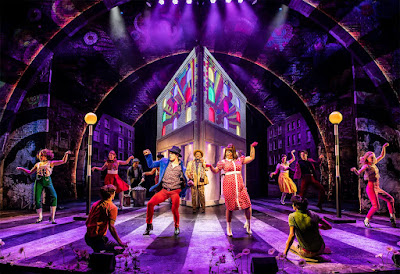 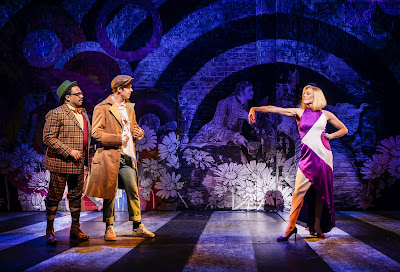 {Photograph by Pamela Raith}
What's New Pussycat? is running right up until November 14 so book now for the musical comedy event you’ve been waiting for! Ticket prices start from just £17.50 and show running time is 2 hours 20 minutes, 20 minutes is the interval and the show is suitable for ages 12+.
What's New Pussycat? Gets a wonderful 5* s from me - It's truly fantastic!
You can book your tickets from Birmingham Rep online now.
Disclosure: I was invited to the premiere as a guest. I've written this post because I had such an amazing time and wanted to share my review with all of you.
Posted by Christine Taylor at 07:20 No comments:

The Healthy Dog Co Family - It's Not Just for Dogs! #Review

The Healthy Dog Co Family - It's Not Just for Dogs! 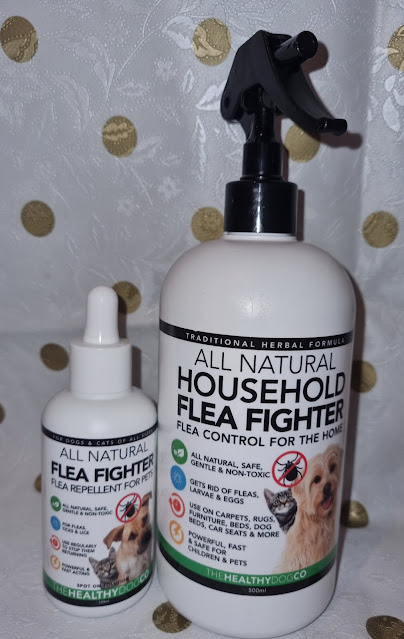 Checking out The Healthy Dog Co the other day, I realised that's they're not just for dogs but for cats too! Their story, The Healthy Dog Co was created by Sally King after her dog Maxi suffered terrible health problems and sadly passed away. The loss was devastating for Sally and she made it her mission to stop bad health affecting as many dogs as she can. She found and worked together with the best vets, nutritionists and manufacturers to produce the highest quality dog health products on the market so other dogs will never have to suffer the same fate. Sally now has a new dog, Lucy, who she loves with all her heart.
The Healthy Dog Co’s mission is to create products that dog/cat owners can trust with the health of their pets by only producing products with healthy, safe, all natural ingredients.
My Cat Tommy is such an adventurer which means he often comes home with a few extra, unwanted friends - fleas! We've tried several brands but they don't seem to keep them away for very long so this week we decided to give The Healthy Dog company a try instead.
The All Natural Flea Fighter Treatment Repels and Kills Fleas, Ticks and Lice, It's Fast Acting Long lasting. It's Powerful and Natural with Non-Toxic Ingredients. Costing you £17.99 for a 100ml bottle is great value as you only need to squirt 1ml (a full pipette) of solution onto the back of your pets neck daily for 1 week for the best results. It's quick, simple and easy. 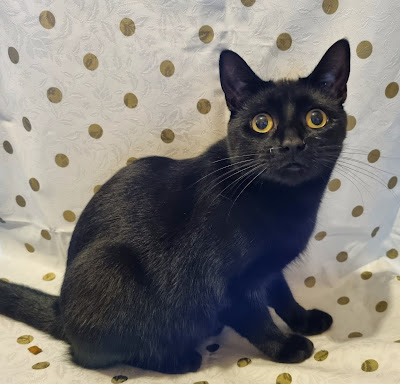 My Tommy isn't a fan of flea treatments but he's a good boy and lets me do it when needed.
Along with the help of their All Natural Household Flea Fighter too, I can happily say my home and cat are both flea free right now which is fantastic news. Costing £19.99, you can use is safely everywhere in your home, on your beds, carpets and sofas. It will fight fleas all year round using it's powerful but 100% natural ingredients. It's pretty awesome really.
Being flea free means that Tommy can get back to his normal playful, cheely self sooner. 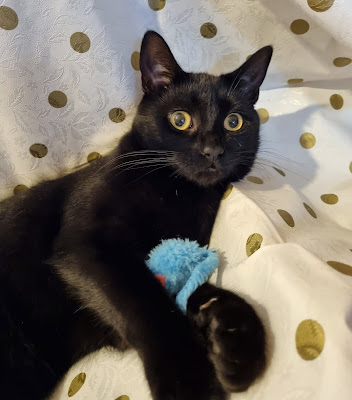 The Healthy Dog Co looks after both dogs and cat in a natural and friendly way. I really like their products and will continue to use them on my boy Tommy. He's happy & I'm happy!
Disclosure: We received our Flea Treatment products for free in return for an honest review.
Posted by Christine Taylor at 03:41 No comments: