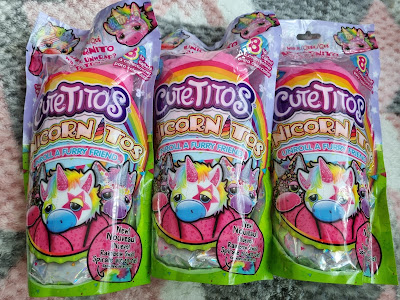 Cutetitos are now more magical than ever, as there's brand new limited edition Unicornitos!
Cutetitos Unicornitos are adorable, super soft stuffed unicorns which come wrapped and hidden in a rainbow burrito blanket ready to be unrolled and discovered. Your Cutetito's personality is either: mild, medium, hot, or super spicy. You just need to check out its "hot spot" which is a chili pepper shaped icon that you'll find on its hip! From Ribbonito to Flowerito, and even Glitzito. You'll want to collect all 8 of the new styles of Unicornitos. 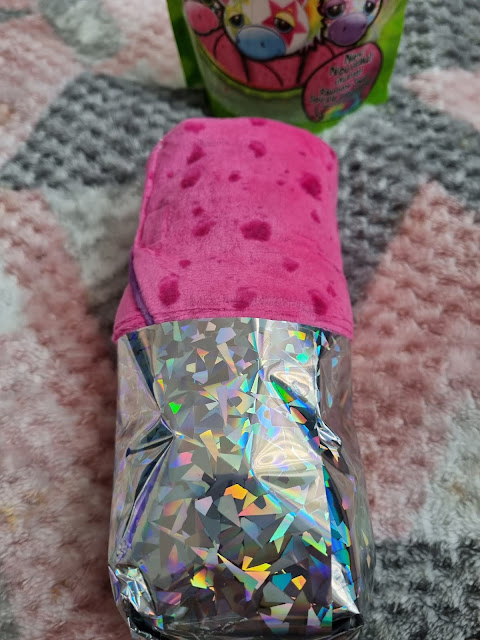 We unwrapped our first Unicornito to reveal ... a Medium Chilli ... called Flowerito.
Her Birthday is October 7th and she wear a Purple, Medium Chilli on her hip. 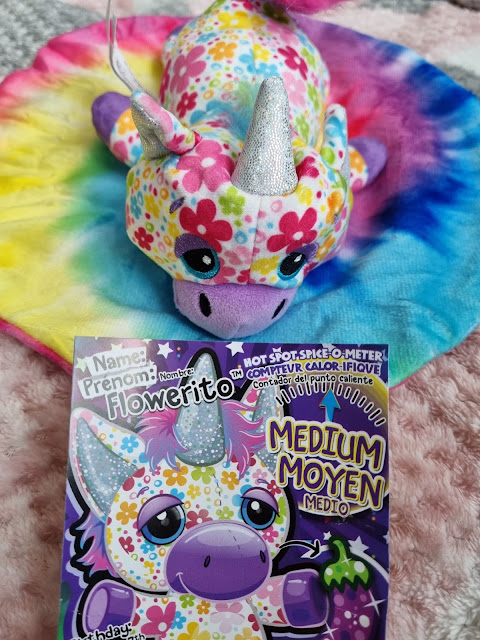 Each Unicornito comes wrapped in a soft rainbow coloured blanket (burrito) which can be wrapped or unwrapped over and over again using it's little velcro squares on the inside.
There's lots of fun new fabrics and a surprise coloured burrito wrap too.
We received three Cutetitos Unicornitos to unwrap in total and this is who we found: 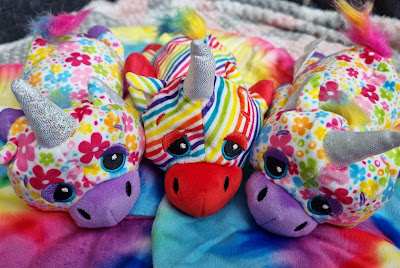 We found Three Medium Chilli's, Two Flowerito's and One Ribbonito. 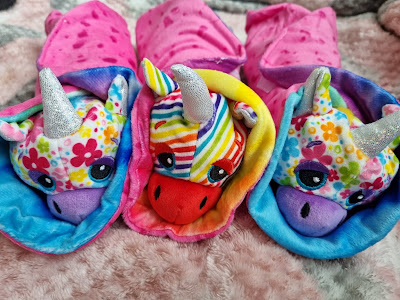 Lily and Ryan love them but now want to collect them all. They're desperate to find a Super Spicy one just so they can have the rare ones to show off to their friends at school.
They're recommended for children aged between 5 and 7 years but my two are older than that (10 an 13 years) and still love them as they're never too old for cute new bears to cuddle and collect for their rooms. I like that they're affordable so make great 'Pocket Money' toys or Good Behaviour Reward treats as they only cost £7.99 each and are available to buy now from Smyths, ToyMaster and all good independent toy stores. I know my two want more. 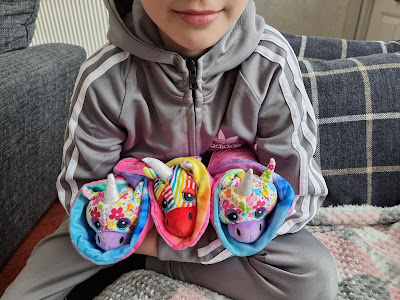 They're just so cute and cuddly!
Disclosure: We received our Cutetitios Unicornitos for free in return for an honest review.
Posted by Christine Taylor at 04:42