Have Yourself a Wizarding World Christmas ..

Have Yourself a Wizarding World Christmas .. 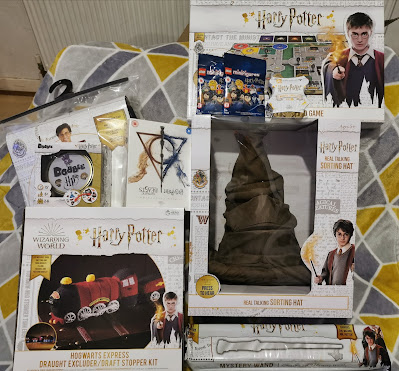 Christmas is on it's way and Santa will soon be here. I have a wonderful selection of Wizarding World Gifts that would be perfect for any little wizard or muggle this Christmas.
First up we have our favourite of the gifts shown above, the Yume Toys Harry Potter Real Talking Sorting Hat. Every Wizard's journey begins with the Sorting Hat and this one won't disappoint as you place the hat upon your head to be sorted into your Hogwarts house. It uses the voice of the Sorting Hat, just like in the movie and is made to fit most wizards heads. 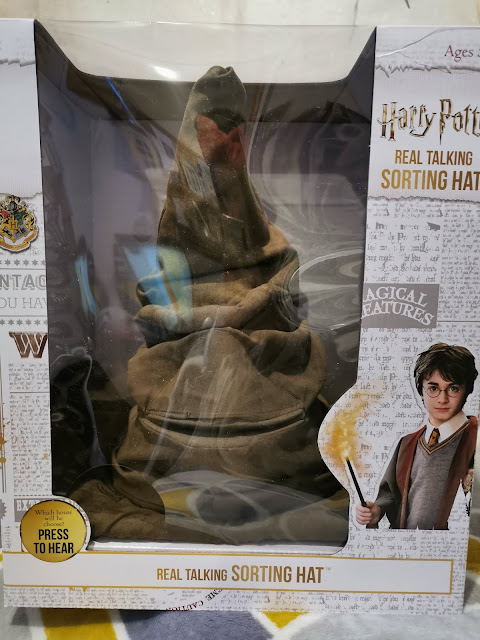 Another gift carrying on the dressing up theme is the Rubie's Official Harry Potter Gryffindor Deluxe Adult Robe which is sure to complete every Wizards look off perfectly. 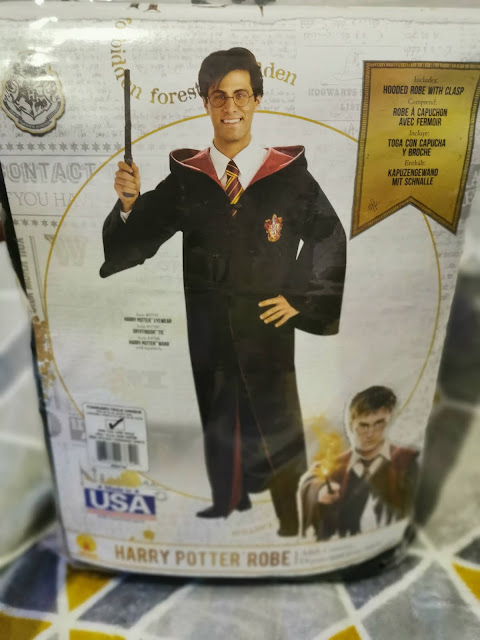 There's the Wizarding World 10 Film Collection which features all of the Harry Potter films and the Fantastic Beasts DVD’s. This is a great gift for the film lovers to enjoy over and over. 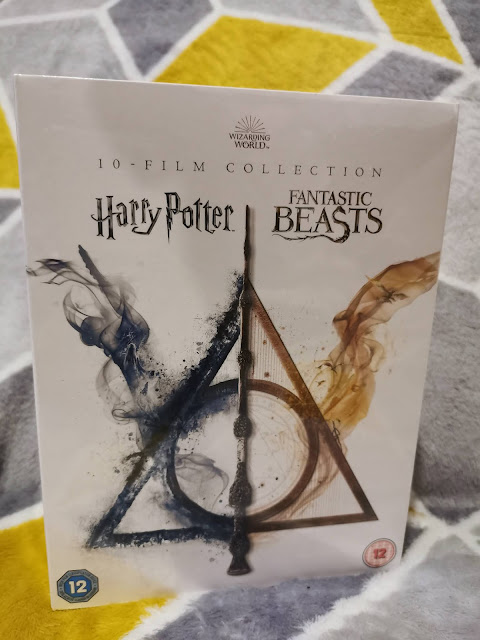 If you love a good Mystery toy then the Mystery Wand is one to check out as you get a Mystery Package containing one of nine mystery wands. It's a novel idea of collecting wands. 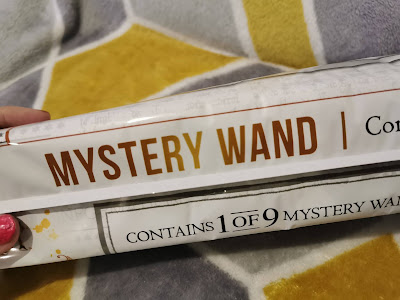 Another Mystery toy is the Wizarding World Harry Potter Magical Capsules which give you lots of little treats all wrapped up in one big surprise capsule, who will you find inside? 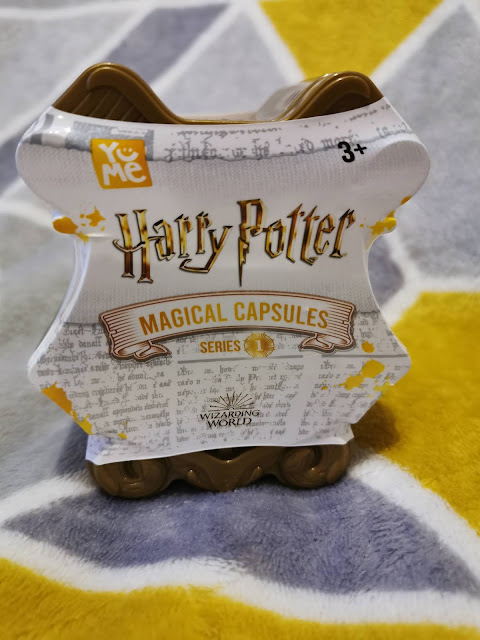 We found Harry Potter himself inside our Magical Capsule. 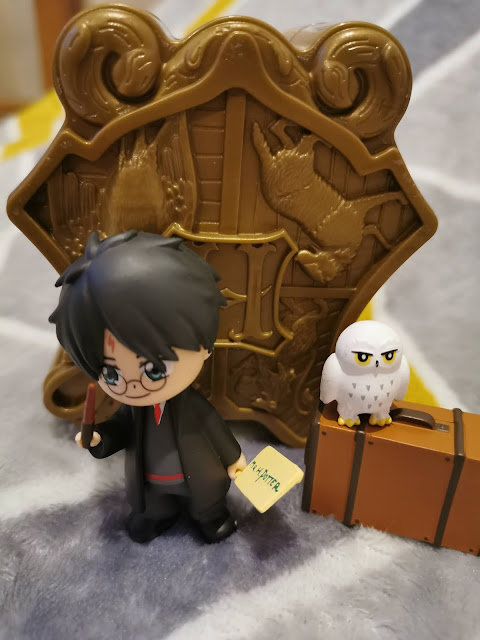 Another Mystery gift is the LEGO Harry Potter Minifigures Series 2 which have a total of 16 different mini figures for you to collect. Each one is a little mystery as you'll have to open the bag to find out which figure you will find inside. My kids love these mystery type toys. 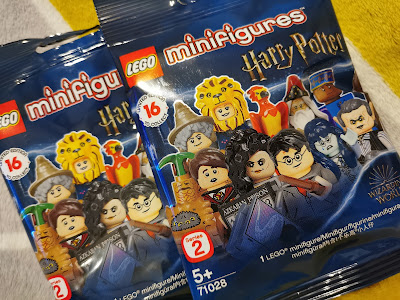 A fun game to play is the Asmodee Harry Potter Dobble Card Game which features the imagery of Harry Potter, Hermione Granger and Ron Weasley, Hedwig, wands, creatures, Hogwarts house crests and more. In dobble there is always only one matching symbol between any two cards. Spot it first and you win! It's a game of speedy observation. 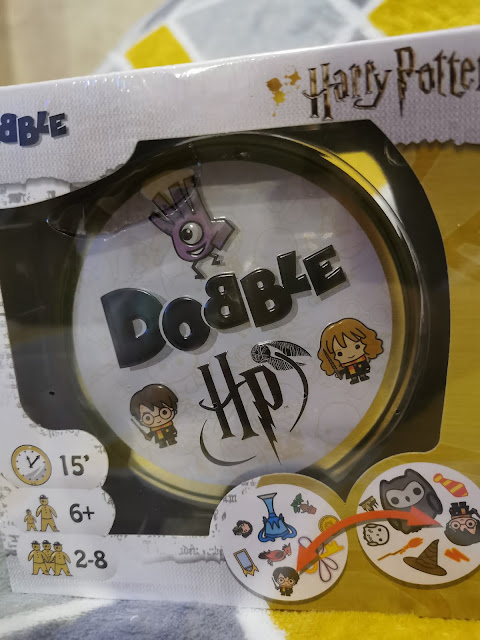 A gift for the crafters is this Hogwarts Express Draught Excluder Knitting Kit which comes with an illustrated step by step pattern instruction guide and everything you need to make your own draught Excluder. It's very unique and such a great idea for all Harry Potter fans. 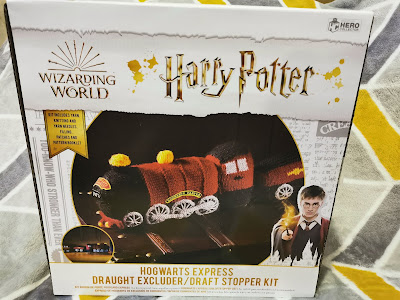 And last but not least there's the Goliath Games Harry Potter Quest for Beasts Board Game which lets you play as your favorite Harry Potter character on this unique swinging game board that allows play inside and outside of Hogwarts. The Magical beasts have broken loose at Hogwarts and it's up to you to catch them, be the first to collect all the clues and figure out which magical beast you have captured and you will win! It's a great Harry Potter game. 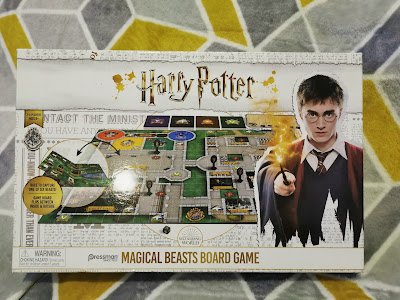 That's nine fantastic Harry Potter gift ideas for you to enjoy. I hope you enjoyed them and maybe you might have even found the perfect gift for the little wizard or muggle in your life.
Disclosure: We received our Wizarding World Gifts for free in return for an honest review.
Posted by Christine Taylor at 09:48