Family Fun at Home with Funko 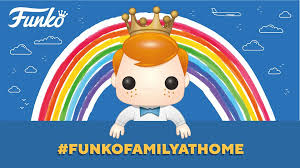 Family Fun at home has taken a multitude of different forms for us over these past few months. We've been at home for over 10 weeks now so we've tried everything you can think of from playing board games to garden skipping, drawing with chalks to playing with messy slime. Our options are starting to run a little low right about now but I'm betting that we're not alone. It's tough being a parent at home right now, trying to get that home life and school life balance just right. We're doing school work in the morning and then having free time in the afternoons. Even though it's been 10 weeks, we're pretty much still going with the flow each day and just taking each one as it comes. We find it much less stressful and easier that way.

Last week, we received a rather awesome delivery from Funko to help us mix things up a little bit and keep the kids entertained in between all the other stuff that we have going on. 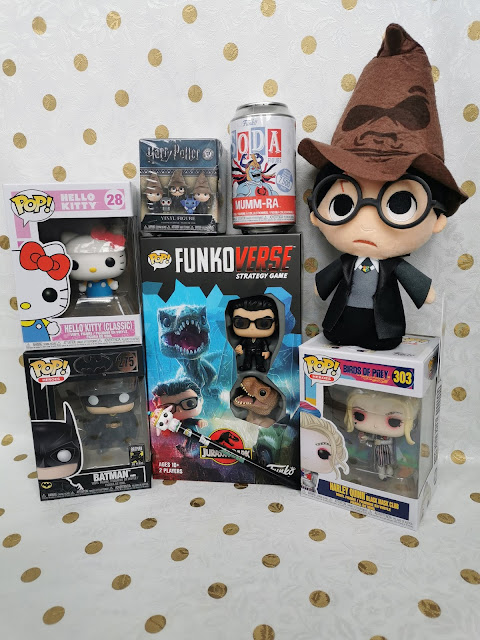 The kids and I were absolutely thrilled when we opened the box and saw all of this inside. It was like all our Christmases had come at once, we were that excited. Our biggest struggle was deciding who was going to get what? Now that was a real toughie as we all wanted everything which isn't possible so we had some big decisions to make between us all. Eeek.

For me, the biggest want was the gorgeous Harry Potter Super Plush. There was a space on my bed right besides me just screaming out his name. The kids weren't that impressed about that if I'm being brutally honest but they soon got over it when they got to pick next.

He's just too cute for little children - sorry - he's all mine! 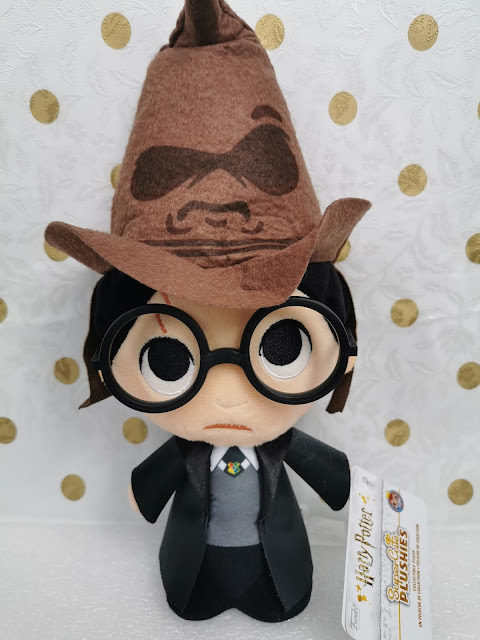 Ryan really really really wanted the Batman Pop! Vinyl to add to his ever growing collection which he keeps sat neatly on top of his chest of drawers which sits next to his bed. There was no question about where Batman was going to end up now was there, really? Harley Quinn on the other hand was a much tougher one as both Lily and I really wanted her. I'm happy to say that I won in the end as I'd thought that Hello Kitty was much more age appropriate for Lily. Plus, I just really wanted Harley Quinn for myself as I'm a huge fan. 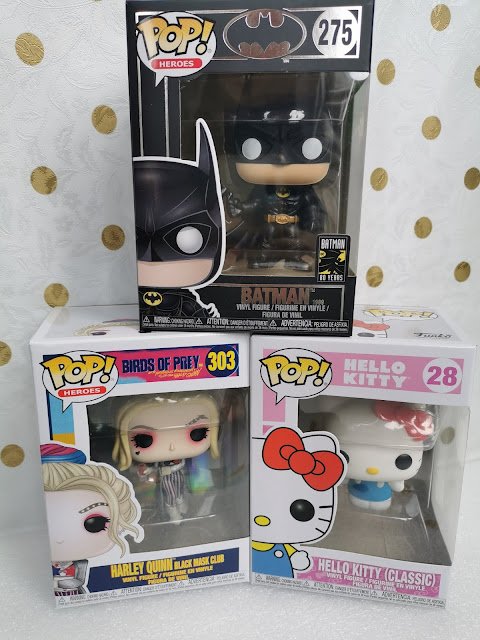 The Vinyl Soda was super cute and made a great talking point for me to tell the kids all about the TV shows I used to watch and love as a kid. I couldn't believe they'd never heard of Mumm-Ra or She-Ra or He- Man for that point. It was time for a history lesson from Mum. 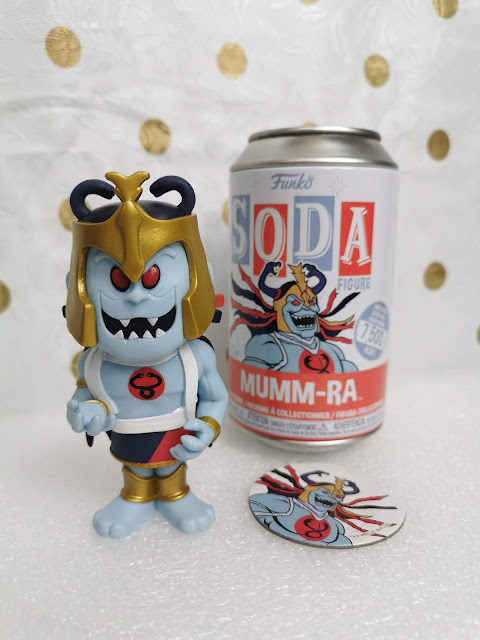 The Harry Potter Mystery Mini was very exciting as we're all huge Harry Potter fans in this house. We must have watched the movies several times over these past few weeks. I mean, you can never watch them too much, am I right? Yep, of course I'm right. (sorry).

We opened our blind bag inside the Mystery box to find Professor Snape, he's no Harry but he's still awesome. We'd not seen these Mystery Mini's before but actually quite like them so we may have to get a few more of these as it would be really lovely to collect the whole set. 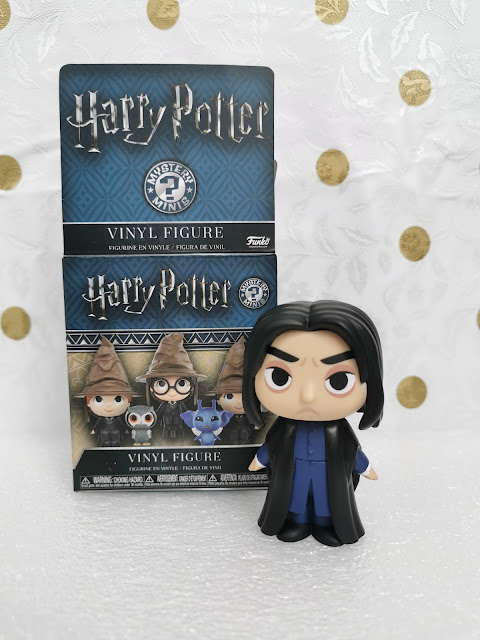 Lily absolutely loved the Pop! Pen Topper she found hidden at the bottom of the box. It's super cute and perfect for her. Lily loves her pens, a bit like me but I had to let her have something from the box seeing as I'd already claimed Harry Potter and Harley Quinn - oops. 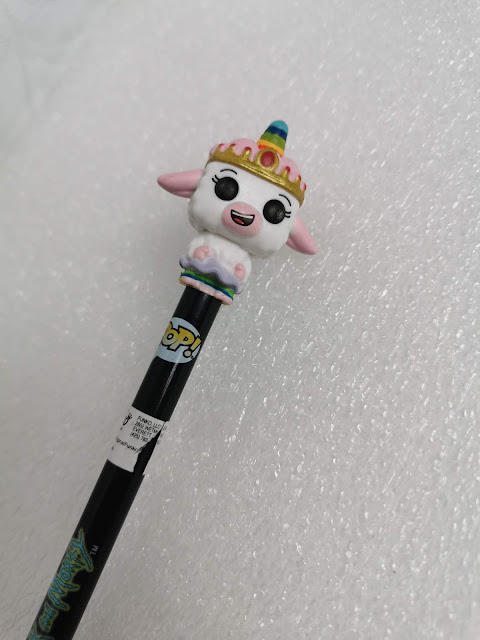 Last but definitely not least we had the Funkoverse Strategy Game: Jurassic Park 2 pack where Dr. Ian Malcolm and the Tyrannosaurus get ready to roam the park in this Jurassic Park iteration of the Funkoverse game. This set can play a simplified version of the game on its own or be combined with any of the main Funkoverse sets. You get to experiment with these two characters while building your team to see if you can win using their unique abilities. It's such a cool ight strategy game which is suggested for players aged 10 years and over which provides around 20 minutes of game playing time. It includes 2 playable maps, as well as 2 exclusive Funkoverse Pop! Game figures which I've mentioned already. 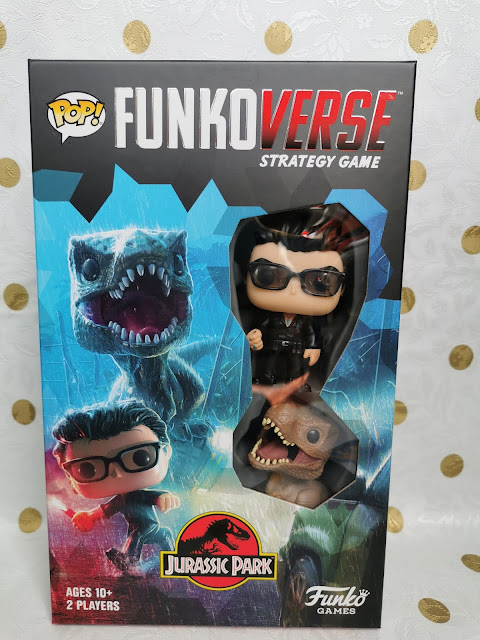 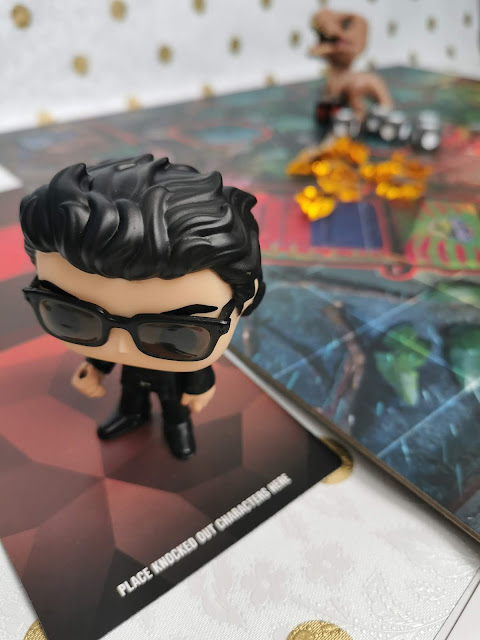 Funko has given us so much enjoyment over this past week, and not just for this week really but for life as we've each now got a new friend to look at each day. Ryan has Batman, Lily has Hello Kitty and I have Harley Quinn. I'm sure the kids will do more than just look at theirs as they just can't resist playing with them but that's OK as I guess they were made for play. I'm more of a collector of Pop! Vinyl's but even I can't resist taking them out every now and again. Our family Funko pack has sure brightened up our time at home which is exactly what it had aimed to do so it's all been a major success. Thank you Funko!

Disclosure: We received our Funko Family Pack for free in return for an honest Review.
Posted by Christine Taylor at 03:34