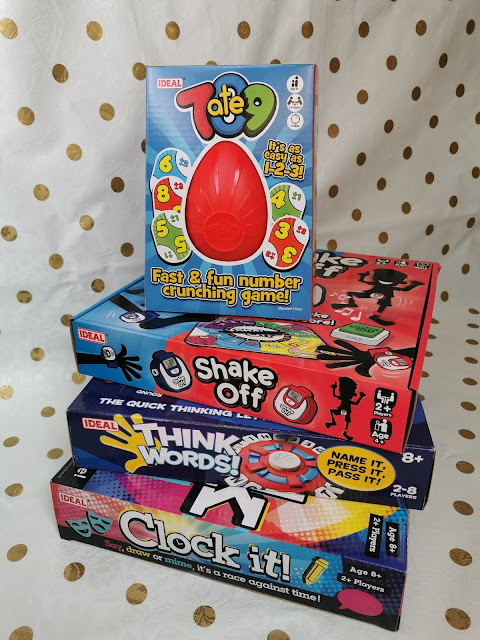 Seeing as staying in is the new going out lately, we've been checking out some games from Ideal / John Adams Toys to help keep you entertained. Not only did we receive a lovely bundle of games to play, but there's also another bundle of the same games for one of you. 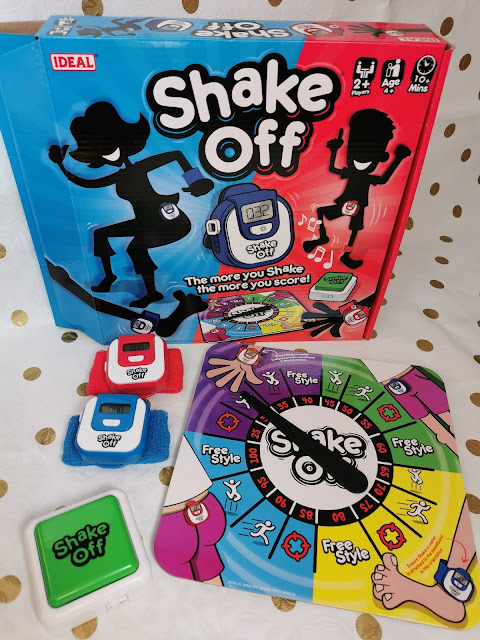 Our favourite game out of the four is Shake Off which is a fun, energetic game, where you have to move around to get the highest number of movements to win. Spin the spinner included to see where you and your opponent will have to wear your Shake o meters and how you have to shake. The spinner shows you where you'll have to clip your Shake o meter onto your body… It will either be your arm, leg, waist or bum. You then set the timer to either 15 or 30 seconds, press start and prepare to shake. It's really funny to watch them frantically shake to see if they can get a higher score than their opponent. This game is made for 2 players at a time and is a great game for keeping them moving whilst at home.

Next up we have 7ate9 which is a quick thinking, fast playing card game using numbers and maths. It's a mental maths challenge made for 2 to 4 players. This one's a little crazier as there's no turns in this game, as players race to get rid of their cards first by finding cards with numbers they can correctly lay. It's fast but fun game that the kids liked playing it a lot. 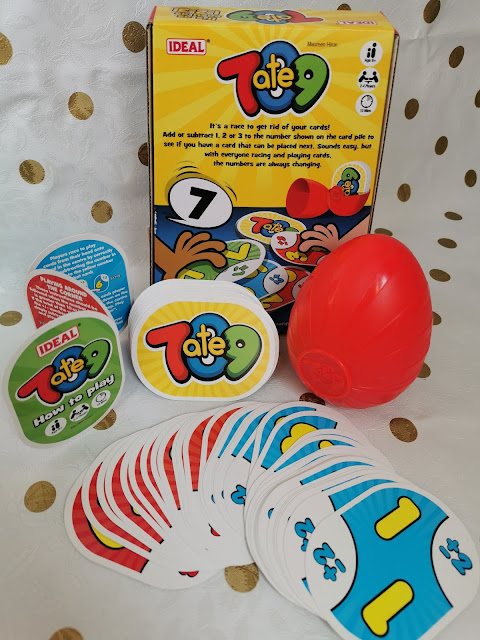 Our next game is Clock It where you have to 'say, mime or draw' in a race against time.

You need to describe what's on the card without saying the actual name of it out loud. You can put your doodle skills to the test and draw what card the clock lights up or have a go at miming it to the other players. It's a frantic race against the clock to see how many cards you can get before the alarm rings. It includes 3 play modes and is suitable for 2 or more players. This one got a little crazy at times but it was a fun game to have a play with. 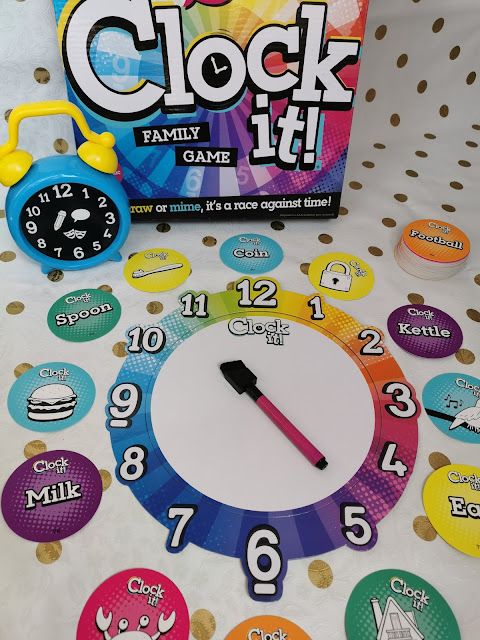 Last but no means least is Think Words which is another quick thinking letter pressing game where you have to Name It, Press It and Pass It! This game takes seconds to learn but gives hours of play and it's great fun for all the family. You get 10 seconds to say a word that matches the category and press down the matching letter on the Think Words wheel. You then press and reset the timer, then pass to the next player who must say another word starting with one of the remaining letters. If you can’t think of a word in time, then you’re out for that round. The last player left wins the round. It's suitable for children 7 years and over and playable for between 2 and 8 players making it a great group game for the family. 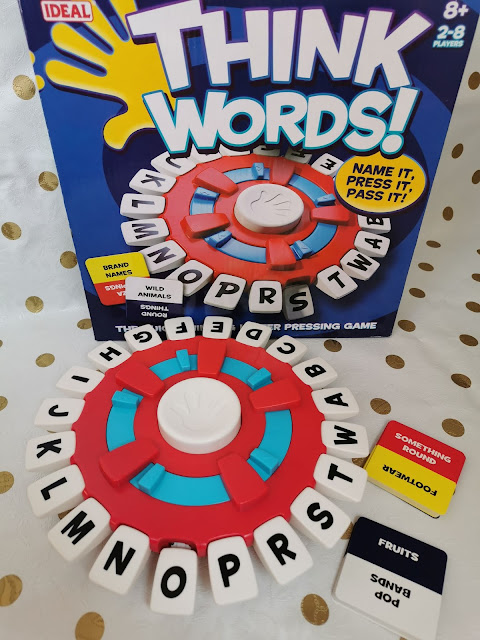 We've had lots of fun playing our new Reveal Games but now it's time to tell you how to enter to win your very own bundle. To WIN - Simply use the Rafflecopter Form below to complete as many or as few of the entry options as you like. It's completely up to you how many you do but remember, the more entries you do, the more chances you have to win. 1 lucky winner will be chosen at random after it closes on Sunday 24th May  - Open to the UK.

Terms and Conditions: One winner will be drawn at random using the Rafflecopter App.
This Giveaway is only open to the UK. The giveaways ends on Sunday 24th May x

Disclosure: I received my bundle of Ideal Games in return for an honest review of them.
Posted by Christine Taylor at 07:20