Great Games for Keeping the Kids
Entertained at Home by TOMY 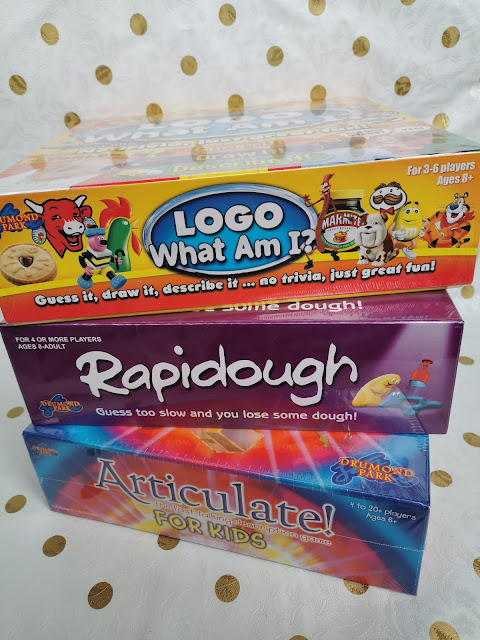 We're now into week 5 of staying at home and getting into a pretty good routine of playing indoors. We've been so lucky over the past few weeks to have so many great games to play to keep us entertained. I don't know what we would do without them, they've been amazing.

Over the past week or so we've been playing some great games from TOMY as they kindly sent us some games to play. We have three games; LOGO What Am I?, Rapidough and Articulate! For Kids. Each one is a great game to play for a nice family fun filled afternoon. 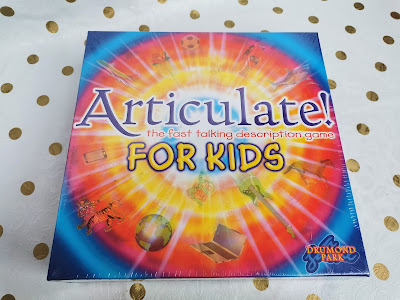 Articulate! For Kids is the next game in the Articulate! family, designed for kids. It’s the fast talking description board game where players have to describe as many card entries as possible to their teammates in 30 seconds without saying “rhymes with” or “sounds like. It can be played alone or with the main Articulate! game to form a family version for all to play! 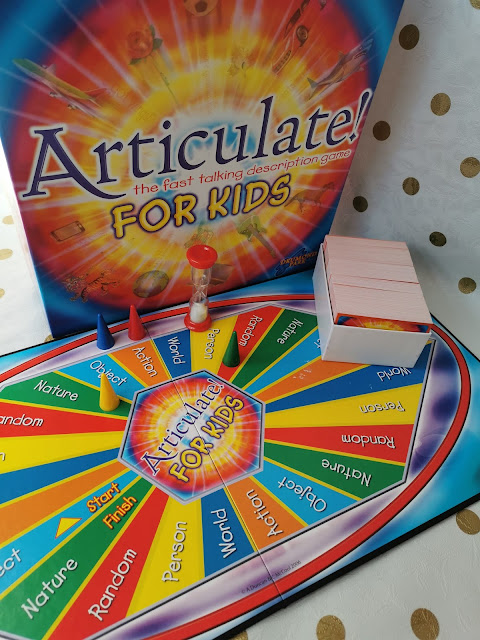 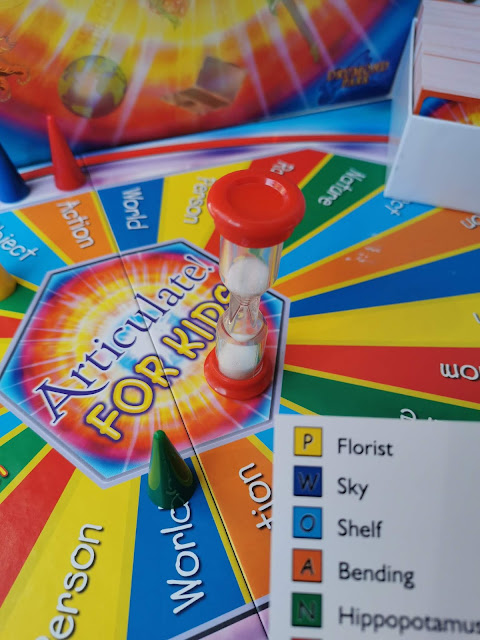 It's an easy game to play with minimum set up required. It's fast paced but lots of fun. I like that it's a real team building game as you'll need to work together to win. Playing this, and having to work together without even knowing, they'll be a dream team before they know it.

Being in a team also means that there won't be a single Loser of the game which in turn, means there won't be any solo tears. At least the losing pair can be losers together. Ha. 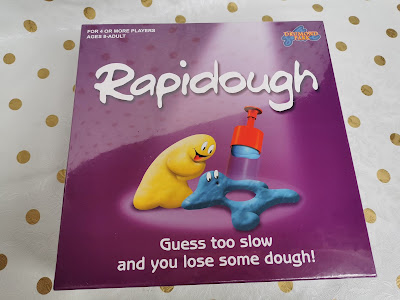 Rapidough: the game where, if you guess too slow - you lose some dough!

It's a team game of sculpting charades. Each turn the team sculptors must create the entry shown on their card. The first team to guess what their sculptor is making wins the round.

But there’s a twist, as the winning team gets to take a ‘plug’ of dough from the losing teams dough. The result is quite funny as the losing teams end up with a pea sized piece of dough.  It's a fun and competitive way to keep children entertained during these times. It's RRP is £27.99 and it's suitable for 4+ players at a time and it's aimed at children 8+ years. 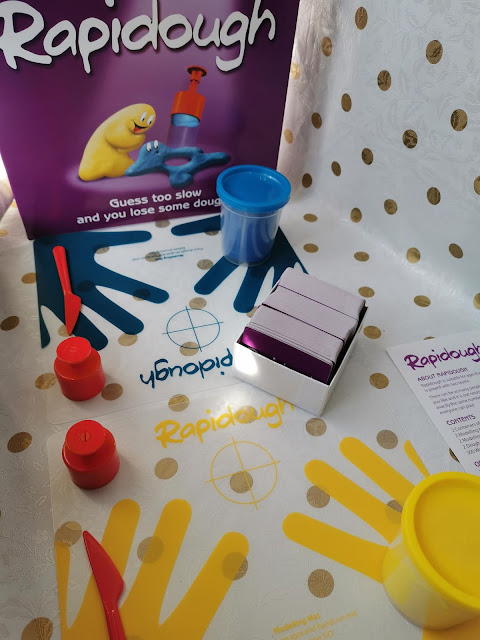 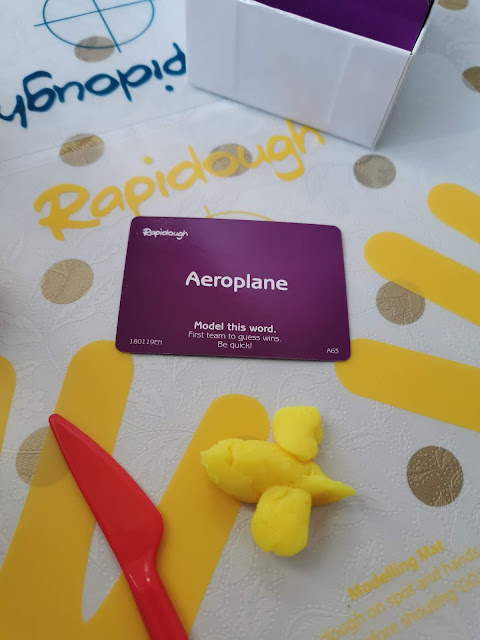 This game will be perfect for parties as it's a real feel good, group game. We enjoyed playing it but feel it would be better if we had a few more people to join in. At least we have four of us here so we could have two teams of two. Play dough is always fun to play with so the kids enjoyed playing with it to make the fun things they needed to make during the game. Something's are quite tricky to make but that all adds to the fun of playing it, I guess. 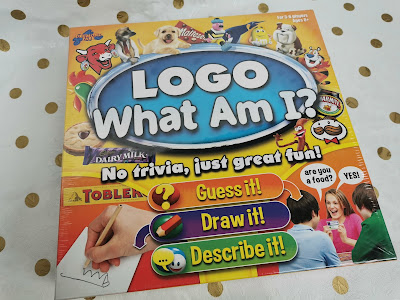 LOGO What Am I? is the “no questions” board game version of LOGO. The aim of the game is to describe, draw and guess the brands and products shown on the cards. Then the first person to reach the centre of the board wins. The logos and products shown on the playing cards will be recognised by all ages, making LOGO What Am I the perfect game for families. It's RRP is £24.99 and it's suitable for 2-6 players, aged 8+ years and over. 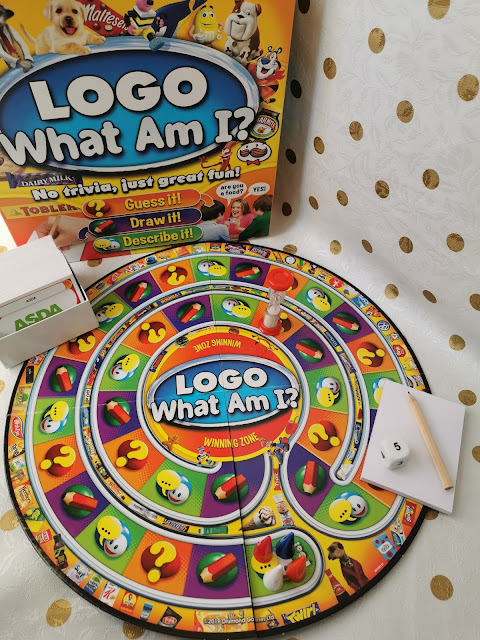 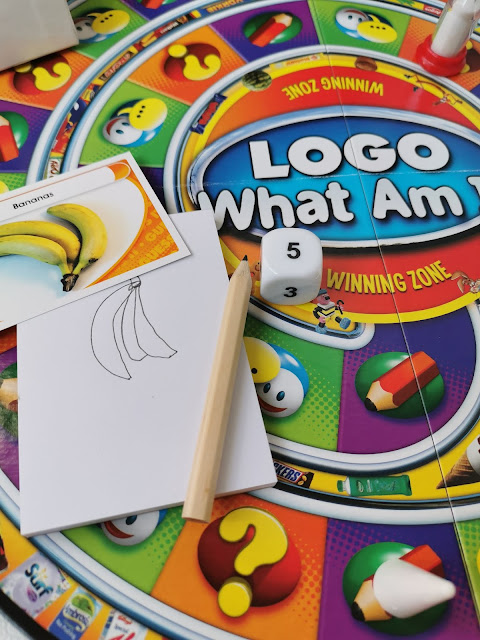 The game is so easy to play and only takes a few seconds to set up which I really like. Each player throws a dice to move around the board, drawing and describing what they see on their card for others to guess. It's silly and funny, a real light hearted game to play together.

We've enjoyed playing all three of our TOMY games this week and are so grateful for them right now. Staying at home has been much easier and so much more enjoyable with these great games to keep us busy. Playing a game sure beats watching the TV all day long.

What's your favourite TOMY game to play at home?

Disclosure: We received our TOMY games for free in return for an honest review.
Posted by Christine Taylor at 08:06