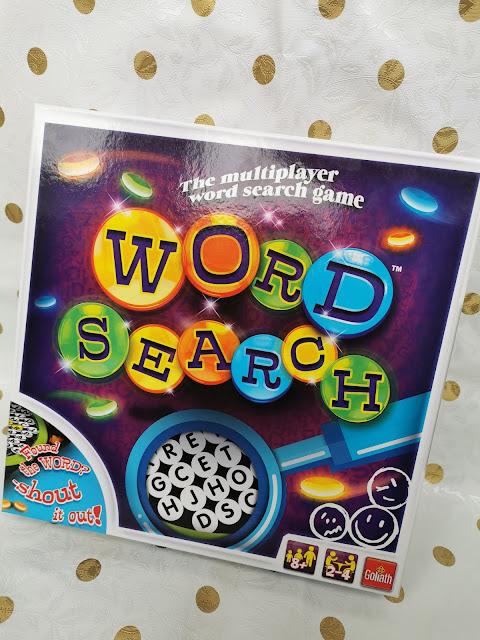 When this Word Search Game from Drumond Park arrived in the post this week, we were so excited to finally have a new game to play with. In between all the TV watching, Garden walking and Homeschooling, we were starting to get a little bored of our new daily routine.

We love a good family game to play so this was well received. Now that Ryan is 9, some of our games are a little too young and easy for him so it was great to get an 8+ game to try. 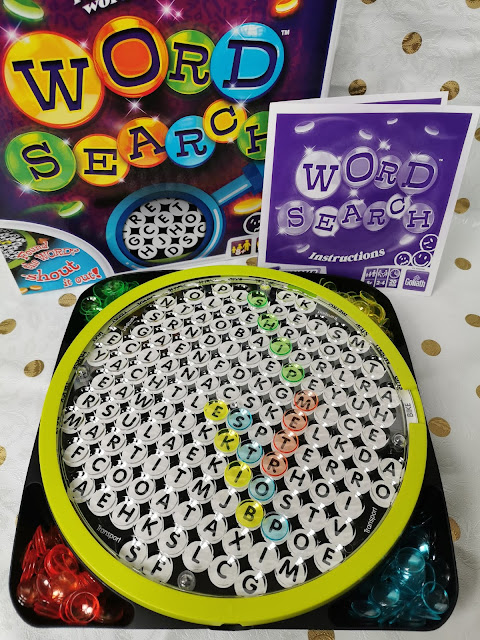 It’s a 4 player game based on the UK’s most popular word puzzle, Word Search. Players frantically search the board to spot the words in one of the special pre printed puzzles and shout out when they've found it before covering that word with their coloured counters. It’s actually quite a simple game, the more words you spot, the more you cover in your colour so the more you score. The player with the most counters of their colour on the board at the end of the game wins! Included in the box is: 1 Wordsearch Board, 10 Double Sided Word Game Cards and 4 packets of 70 Coloured Markers each (Red, Yellow, Green and Blue). 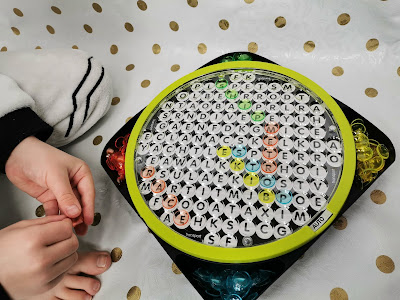 Although it's an easy game to play, it can be found quite difficult by the younger players as they struggle with the words and the spellings more than the older players. Ryan found it quite frustrating as everyone else kept shouting out the words before he'd had a chance to find them himself. I found myself stepping in to slow the game down a little so that he had more of a chance. Instead of just letting people shout out, we took it in turns to each find the word first so that it was a little more fair. I guess you can play it anyway you choose really.

I was really good at this game as I do love a good word game. Ryan being the youngest wasn't so good but that's OK as we've got plenty of time to play which means he can only get better at it as we go. It's a fun game to play indoors which is perfect for all of us right now in our current situation and could also help with the homeschooling going on as it brings the use of Spellings and English into play too. It's a nice way of making Education, Fun! For the RRP of £19.99 it's a fun game to play and being aged 8+ made it perfect for our family. We've played several games already and will continue to play lots more, I'm sure.

Disclosure: We received our Word Search Game in return for an honest Review.
Posted by Christine Taylor at 06:37