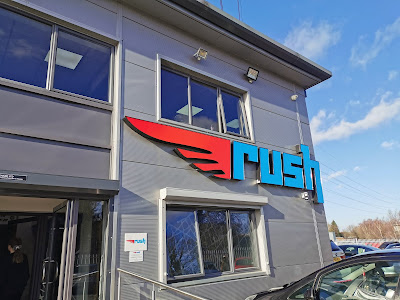 This weekend has been a blast. It's been a while since we had some good old fashioned family fun so we decided to dedicate our Saturday Morning to doing just that. We headed over to Kings Norton to Rush UK, a fantastic trampoline park based here in Birmingham.

Everyone was very excited and really looking forward to having some fun together. We arrived at Rush Birmingham at 11:45 am, a good 15 minutes before our booked time slot of Midday so that we could get checked in, sign our Waiver, watch the Safety Video and get kitted out in our rather funky  ultra cools neon socks. Aren't they so pretty? I loved them. 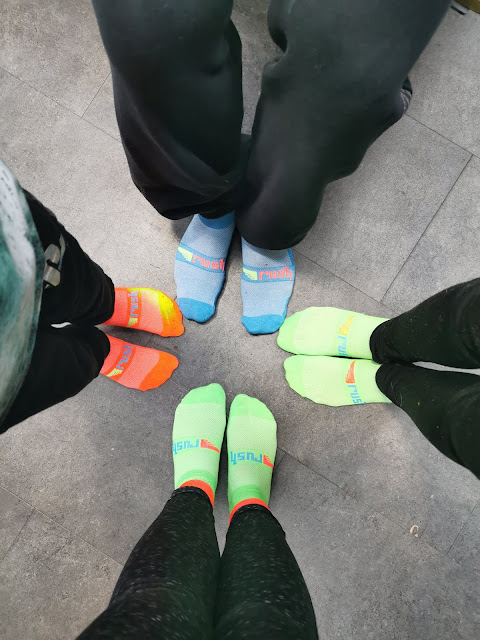 Our pre booked, 60 Minutes Open Jump tickets cost £11.50 each which is pretty good for the hour of fun we enjoyed. Inside, facilities include a Main Court full of trampolines to bounce on as well a 2 Tumble Lanes for you to tumble along which looked like lots of fun.

There's a Dodgeball court which Daddy and Ryan had a quick blast in but Daddy, being the only 'grown up' in the court found himself the target of all the little children. He took it all in good spirits and I found it quite amusing. There's a Basketball hoop to have a go at too, Ryan loved it and had several goes trying to get a Slam Dunk with his basketball shots. 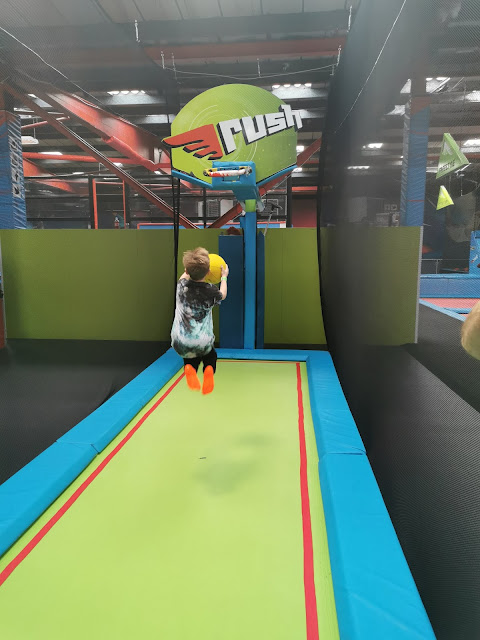 There's a Rush Wipeout zone and an Assault Course which everyone loved having a go at. I sat that one out as I'm just no good at things like that ( I'm sorry) The Assault Course is set up like a mini Ninja Warrior course so that was very exciting. It looked quite hard but they all gave it a good go and made it successfully to the end in one piece. It got very competitive. 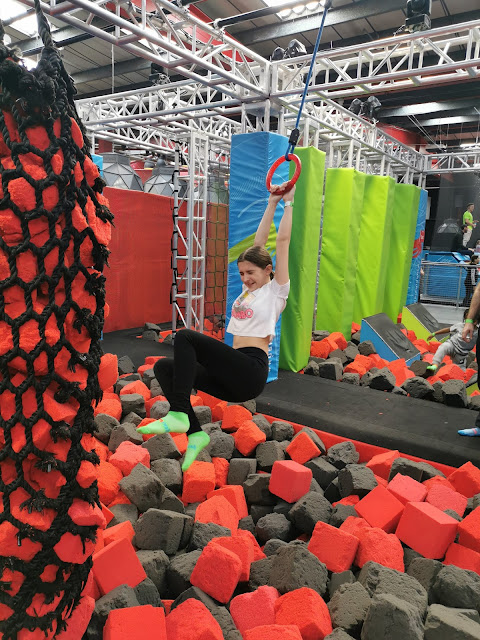 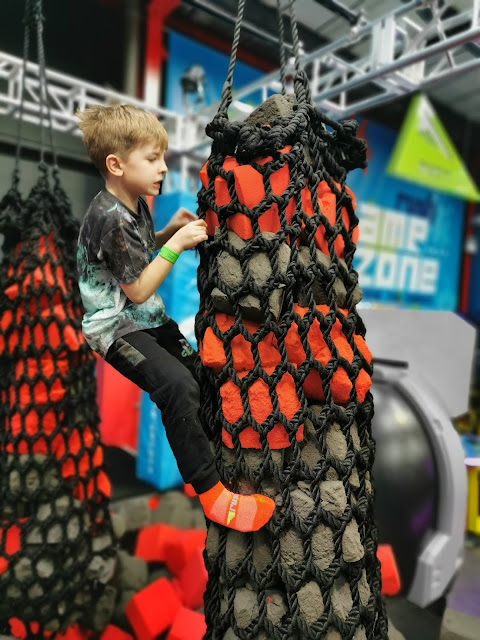 There's so many different areas to enjoy inside the Rush UK arena. There's several foam pits that you can jump into from different levels. One even has a Trapeze swing to help you on your way. The kids loved the foam pits, they were huge. I on the other hand, struggled to get out of the foam pits. On one occasion I sank to the bottom and lost a sock which they all found very funny. You'll be glad to hear that all was not lost though as I found my sock. 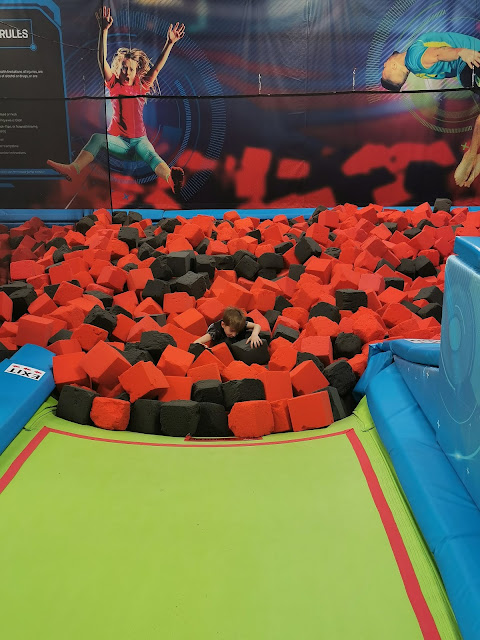 There was also a Battle Beam which we all had a go at. It's like an old Gladiators game where you have to knock your opponent off the balance beam using giant padded poles. Daddy and Lily had several games of this as she was determined to beat him ( she didn't).

Ryan and Lily had a few games but it was getting a little rough between them so I stepped in to verse Lily for a final round. Lily came running at me but managed to lose her balance so I won due to her falling off the beam. I was a good Mummy and didn't even touch her. 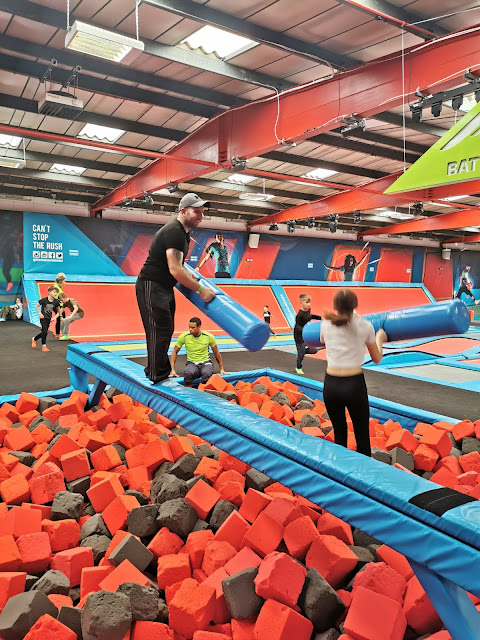 Rush UK Birmingham was fantastic fun. We all had a wonderful hour of fun inside and would happily go back again. Not only did we enjoy an hour of fun but we also got a great work out. Who needs a gym session when you can have a bounce session. It was ace.

If you're looking for a fun day out this Half Term - You can Get Your Rush On at one of the two UK Trampoline Parks. There's one in Birmingham and another in High Wycombe.

Disclosure: We received complimentary access to Rush UK Birmingham in return for a honest review. All onions expressed are 100% my own and completely honest.
Posted by Christine Taylor at 02:25