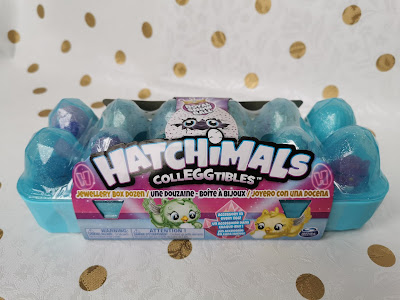 The first week of November is the Spinmaster Week Of WOW and to celebrate they're giving away Hatchimal prizes every day on their Twitter account. There's loads of goodies to be won and to top it off, they're having a Twitter party on Saturday 9th November at 6pm where you can win even more prizes. We'll be there so we hope to see some of you too.

This week we've been playing with the Hatchimals Royal Snowball Jewellery Box Dozen which is a gorgeous sparkling glitter egg box which contains two figures without an egg, including one of eight exclusive Mer-Pandors and 10 Royal Eggs just waiting to be hatched. 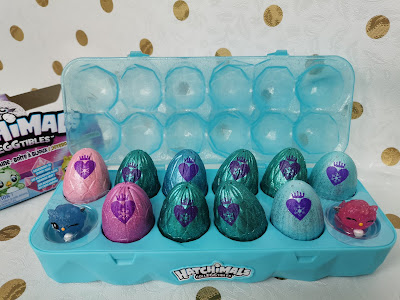 There are a dozen enchanting Royal Hatch and Royal Snow Ball CollEGG characters to discover and hatch in this jewelry box set. It's such a pretty set, Lily loves it so much. My children love toys like this as you get that real surprise element which they get to discover for themselves. It's always exciting when you get to break something open to discover what's inside. Lily and Ryan shared the eggs out and hatched half each. It was nice that there was different coloured eggs as Lily went for the pink and purple ones allowing Ryan to hatch the blues and greens. It was nice that there were colours for them both. Each egg is so pretty, it's covered in glitter and shimmers in the light. You rub the hearts on the front and then press down to break into them to reveal your collectible inside. 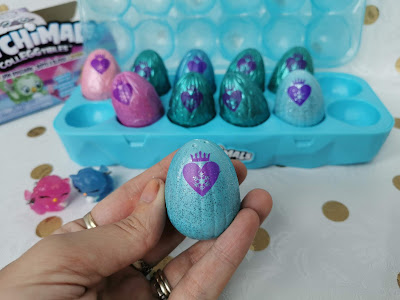 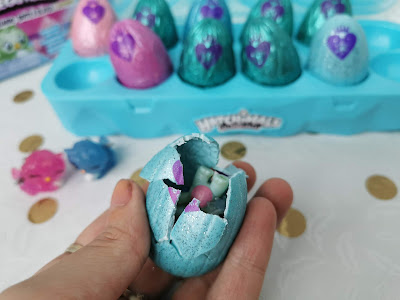 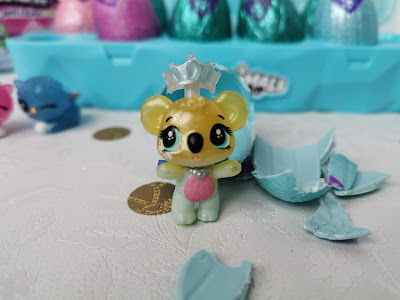 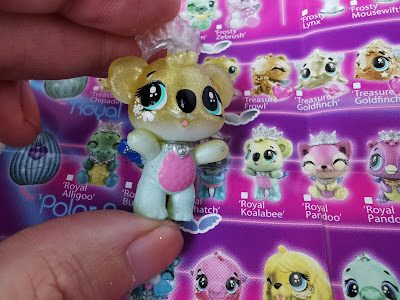 Each character can be found on your collectors sheet with their name and family information. There's also a hidden accessory that can be found in every egg make for even more glamor. One came with a little crowns, another had brushable hair and a comb. whilst one had a tiny skirts. They're all adorable and so pretty, you'll really want to collect them all.

The Hatchimals Royal Snowball Jewellery Box Dozen will cost you around £24.99 but there are lots of other sets to choose from. You can buy bigger playsets and smaller ones too so there's something to suit every budget. I think these are going to be really popular this Christmas as my two loved them. They're lots of fun to open and great to collect too.

Disclosure: We were gifted our Hatchimals Royal Snowball Jewellery Box Dozen for free for the purpose of this review. All opinions expressed within it are 100% honest and our own.
Posted by Christine Taylor at 02:49