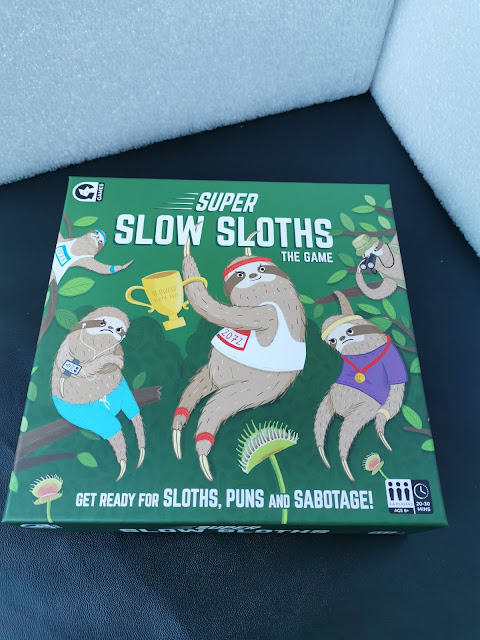 The race is on to be crowned the slowest moving sloth in this ingeniously backwards board game from Ginger Fox. Snooze, Sabotage and Saunter your way to victory in a reverse race in which lethargy, laziness, dawdling and daydreaming are the passports to sloth success.

The last player to lumber over the finish line wins. Speed is not of the essence!

October 20th is International Sloth Day so we've been playing the Super Slow Sloths game to join in the Sloth fun. It's quite a different board game as it's the last player to finish wins. Most games are the first wins but not his one which makes it quite interesting to play.

The Box includes, 6 x sloth playing pieces, 100 x cards, 7 double sided jigsaw race track pieces and 1 x game spinner. You have everything you need inside the box to get playing. 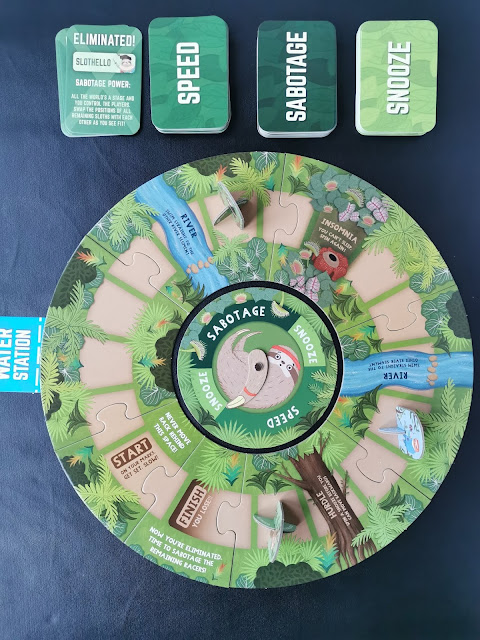 Aimed at children aged 8 years and over, this game is suitable for up to 6 players. It'll cost you around £15 and is available for lots of stores including John Lewis and Debenhams, just to mention two. It's quite a complicated game but easy once you know how. It's not one for younger children as it takes a lot of concentration and reading of cards. We liked it though. 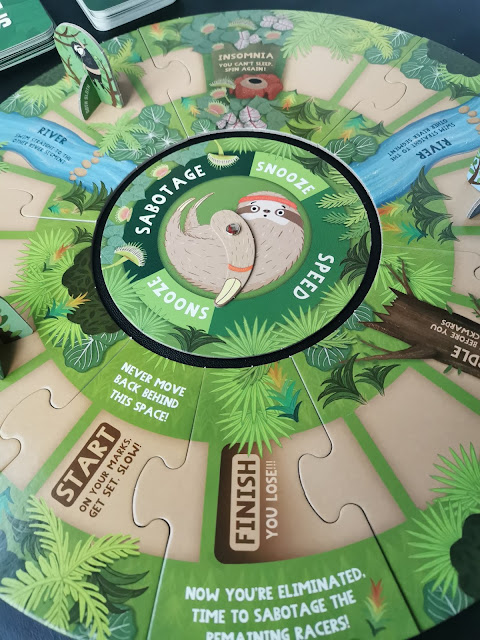 It's an easy board game to set up and lots of fun to play. You can shorten the length of the game by making your track shorter which is all explained in the instruction leaflet.  This Super Slow Sloths game is the one game that everyone wants to lose. As losing is winning with this board game, don't forget. It's almost like going forwards is going backwards.

If you like Sloths, then why not join in with #InternationalSlothDay yourself.

Disclosure: We received our Super Slow Sloths game in return for an honest review.
Posted by Christine Taylor at 09:21