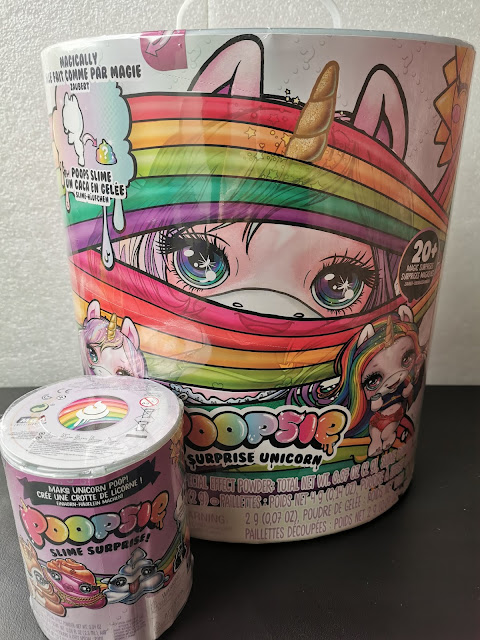 This week we've been combining three of our favourite things: Sparkles + Slime + Unicorns!

We've been playing with the Poopsie Slime Surprise Unicorn and Poopsie Slime Surprise Poop Pack, both of which have been welcomed into our homes. Lily and Ryan were so excited when they arrived last week. Lily loves Unicorns whilst Ryan loves everything Slime so these were perfect for us. They couldn't wait to get started, excitement levels were high.

The Poopsie Slime Surprise Unicorn magically poops slime when you feed her and sit her on her glitter potty. The packaging is very attractive and makes a great 'unboxing' toy. Each pack includes one surprise unicorn and one glitter potty, 4 Unicorn Food slime packets, 4 Unicorn Magic packets and 1 packet of Unicorn Sparkle. There's also an exclusive bottle, a unicorn shirt & napp, a spoon, a hair brush, a cleaning tool and a measuring cup. Lily loved how this toy needed to be unwrapped, letting you find all the accessories as you went along. Each piece is hidden in a pretty packet so you get to open it making it's contents a surprise. 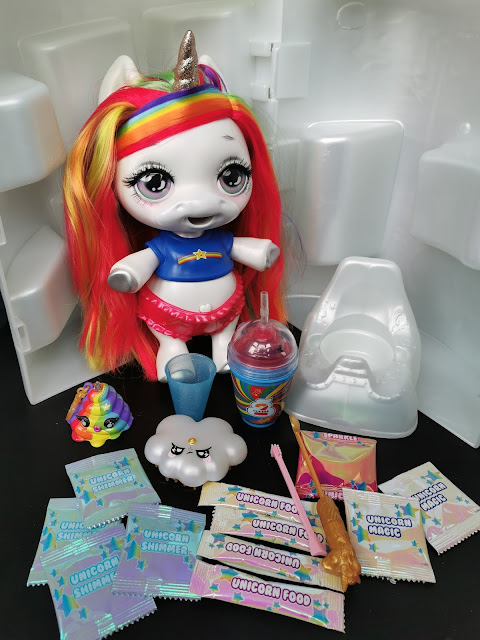 Lily was so excited opening it all, even at the age of 12, she still loves a good surprise. 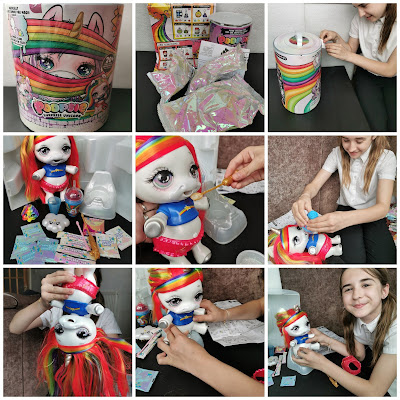 There's enough product to make 4 lots of slime giving you four times the amount of fun. Lily has made all four of her slimes and loves them all. She also loves her new Rainbow Unicorn friend who's such a cute doll. She has removable clothing and long brushable hair for continuous play. She's a great toy you can still play with even when she's run out of slime to poop out although that was the funnest part according to Lily. She thought it was so funny.

The Poopsie Unicorn Slime Surprise will cost you a costly £49.99 but Lily loved her so I think I would have paid that for her. Not as an everyday treat but as a Christmas present.

The Poopsie Slime Surprise Poop Packs let you make magical unicorn poop (slime) without the Poopsie Slime Surprise Unicorn. With a little unicorn magic and a whole lot of sparkle, you can customize your unicorn poop and transform it multiple times. There are 10 magical surprises included inside each toy and once you've made your poop slime, there's an adorable Poopsie keychain to keep it in. There's 18 different ones to to collect in Drop 1.

Each is sold separately and will cost you £9.99 which is a really good price. 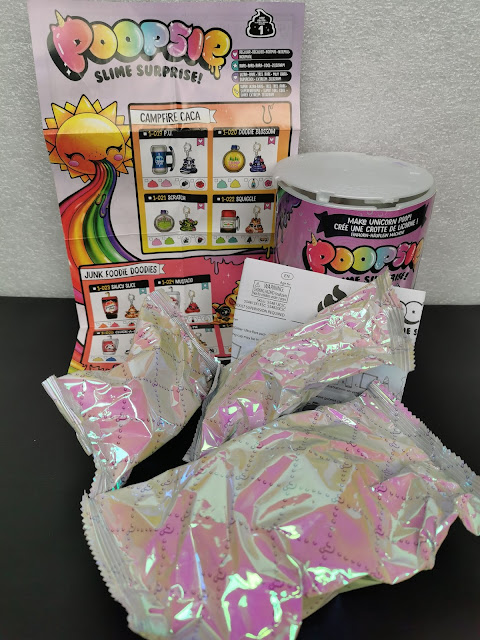 Just like the Poopsie Slime Surprise Unicorn, you get to open each bit separately making the surprises so much fun. Ryan loved opening them one by one to see what was inside.

The 10 surprises include: Unicorn Food and Unicorn Magic, a collectible bottle and poop character keychain. A Mystery scent dropper, unicorn spoon and a collector's sheet. 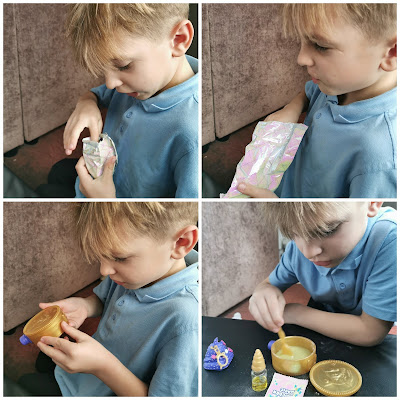 Lily and Ryan loved both of the toys and now want to collect the Poopsie Slime Surprise so that they can continue their fun. Having to make your own slime does get quite messy which I'm not a huge fan off but it was nothing we couldn't clean up with a damp cloth so I didn't mind. A little mess was worth it for the pure joy and entertainment it brought them both.

Disclosure: We received our Poopsie Slime Surprise toys in return for an honest review.

Posted by Christine Taylor at 10:18