Ryan sure felt like The Kid Who Would Be King this weekend - Excalibur Pinata Fun!

Ryan sure felt like the Kid Who Would Be King this weekend - Excalibur Pinata Fun! 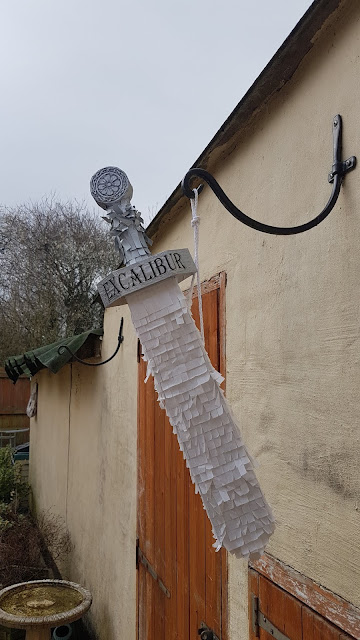 Ryan sure felt like The Kid Who Would Be King this weekend as we were invited to join the fun to celebrate the The Kid Who Would Be Kings UK Cinema Release with 20th Century Fox. We were gifted an awesome box of film related goodies containing a huge Excalibur Sword shaped Pinata. The kids were so excited to get going so we hooked it up in the garden and set them loose to take it in turns to give it a real good whacking. After a few turns each, they finally broke into it to release the treasure of yummy chocolate gold coins. 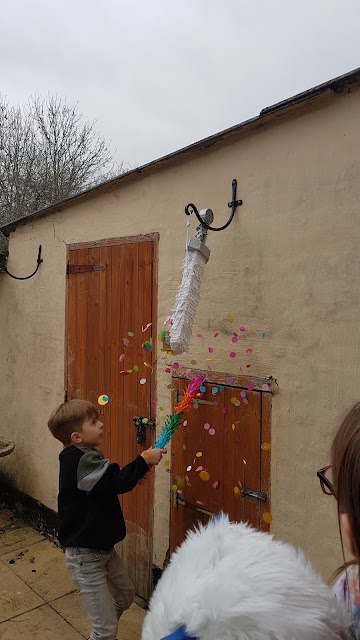 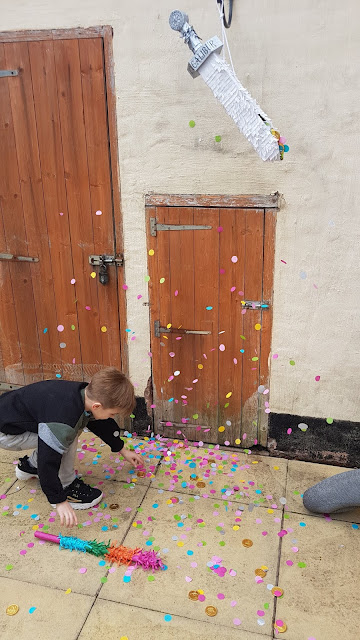 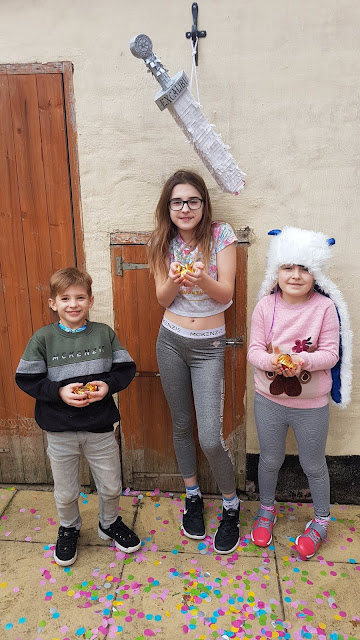 The kids had so much fun, just look at those smiley faces. We had their cousin around this weekend so it was nice for them be able to share the fun with another rather than just with each other. The girls were mesmerized by all the pretty confetti and the delicious chocolate gold coins that they found inside. I had three very happy little kiddies indeed.

The Kid Who Would Be King is a tale of old school magic meeting the modern world. It's a fun filled story of a young boy named Alex stumbling across the mythical Sword in the Stone, Excalibur. He has to unite his friends and enemies to become a band of knights and with the help of the legendary Wizard Merlin, save all of mankind. It sounds awesome!

It's on our list of movies to go see this Half Term. Ryan can't wait to see it now he's heard all about it. The Kid Who Would Be King is now showing in the cinemas across the UK.

Disclosure: We were gifted a box of Movie Themed Goodies with no expectations.
Posted by Christine Taylor at 02:17