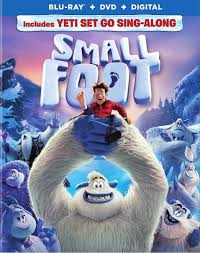 Today marks the first day of Half Term here for us and also the release of Small Foot on Bluray, 3D Blu-ray and DVD. To celebrate it's release we've been gifted a selection of Small Foot Goodies to help us enjoy the movie today and to make this half-term extra special we've been sent the Smallfoot Blu-ray which includes an interactive sing-a-long version, giving us the opportunity to learn the words and sing along to our favourite songs from the film. The movie stars a whole host of amazing actors and actresses, Channing Tatum is the yeti, Migo, and James Corden are the Smallfoot, Percy. The movie also casts, Zendaya,  LeBron James, Danny DeVito, Gina Rodriguez, Yara Shahidi and Ely Henry. Smallfoot was directed by the lovely Karey Kirkpatrick, Annie Award-winning director of Over the Hedge and Annie nominee for the Chicken Run and James and the Giant Peach screenplays.

Our box of goodies included the Smallfoot Blu-ray, lots of fun quiz sheets and puzzles. A bag, slippers, t-shirt and jacket (for me) and a selection of fun Yeti styled hats which the kids were so excited about. We have our little cousin over this week so she got to join in two which was lovely. It's not often the three of them get to do something like this all together.

Also in our box were some Cake Pops in the characters from the Movie. I think the kids loved these best of all as they looked amazing and tasted even better, if I do say so myself. 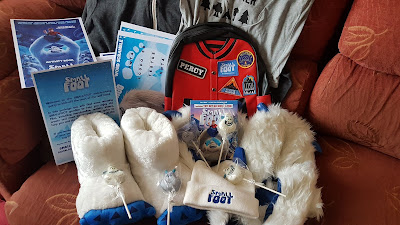 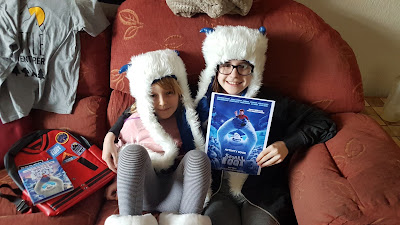 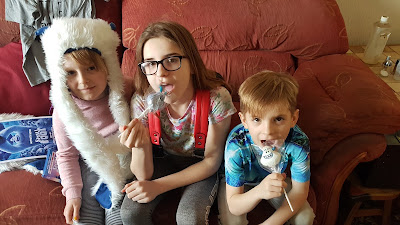 Today might be the day the Movie is released on  Bluray, 3D Blu-ray and DVD but it's not the first time we've seen it. It's a great animated adventure suitable for all ages and definitely one to watch this Half Term if you're looking for a fun family film. “Smallfoot” turns the Bigfoot legend upside down when a bright young Yeti finds something he thought didn’t exist—a human! News of the “smallfoot”, throws the simple Yeti community into an uproar over what else might be out there in the big world beyond their snowy village. Smallfoot is an epic story about friendship and courage! It's a really lovely film. 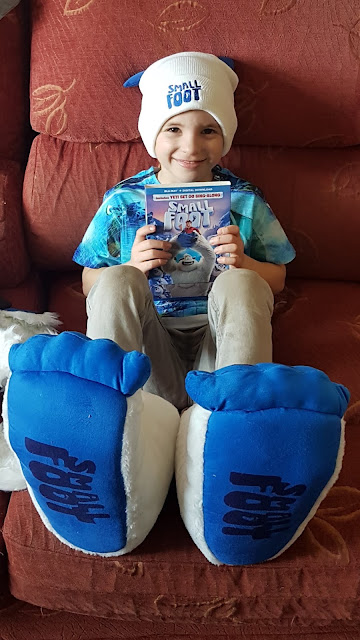 Disclosure: We were send our box of Smallfoot Goodies as a gift under no obligation to share. I've shared the contents of it and information about the film as I thought you'd like it.
Posted by Christine Taylor at 02:50