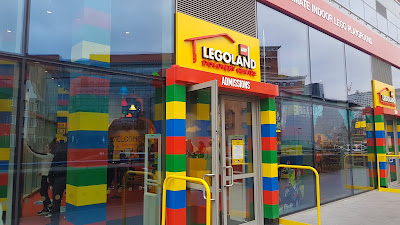 With two very excited children in tow, this morning, we headed into the City Centre to visit the LEGOLAND Discovery Centre which we've been dying to visit since it opened up last year. It's aimed at children aged between 3 and 10, making us, ideal aged visitors. OK, so Lily is 11 now but she's practically still 10 to us. Ryan, aged 8 and Lily both love LEGO.

We booked a spot for Midday and headed over to check it all out. We've not been to any of the Discovery Centres before so we had no idea what to expect. We'd checked out the website before our visit to see what was there and have to say we were looking forward to it.

Upon entry, we were greeted by lots of friendly staff and show toward an elevator which was the start of our adventure. The elevator took us down a level to the main areas of play. Our first stop was the Kingdom Quest Ride which was lots of fun. It's a ride along ride where you sit in a carriage and shoot your way through a sequence of challenges to save the LEGO characters. I never win at these kind of things but today I did it, today I won!! Whoop, go me.

Next up was MiniLand which was my favourite part of today. MiniLand is a room filled with LEGO creations of famous Birmingham buildings. We saw the Mailbox and the Bullring. Grand Central Station and the Birmingham Library which was really cool. The creations were amazing, so well built and realistic. There were lots of little features that worked too so the children could get involved and help move some of the pieces in the displays which was cool. We got to move the horses in a Warwickshire Castle horses duel and play a game of football at the Aston Villa football ground. It was us against the Blues, so of course we won! 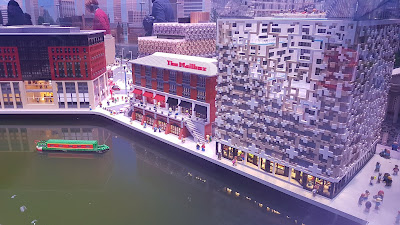 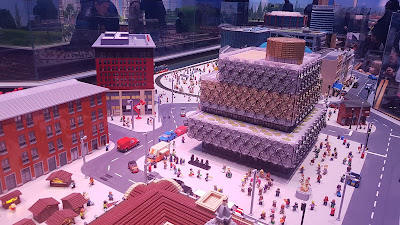 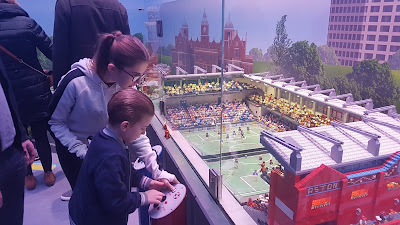 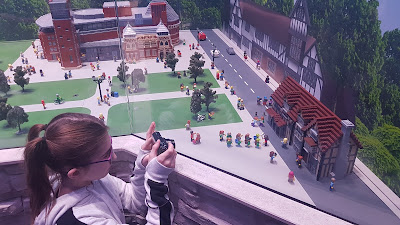 One of the really cool parts of MiniLand is that every so often the whole room goes dark so all the buildings can light up just like they would in real life at night time. There was even a fireworks display which lit up the walls, that was really great to watch. The kids loved it. 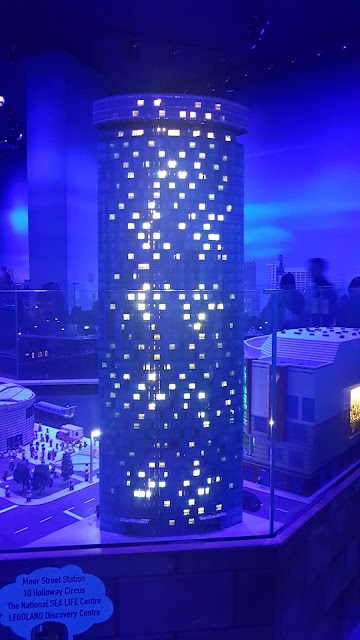 Once out of the MiniLand room, we went into the main area which had everything else in. It's one big room with lots of little areas within it. There's lots of LEGO stations for you to build at, Daddy and Ryan had lots of fun building their own cars for the Build and Test Area. 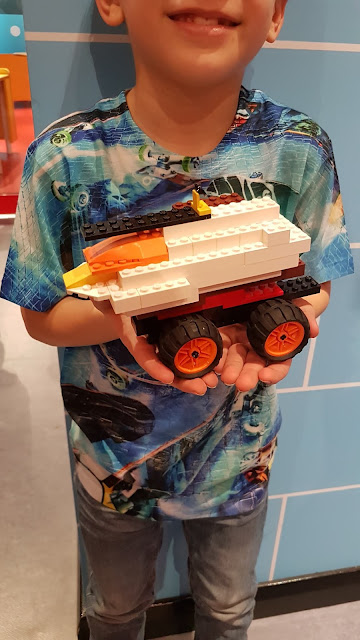 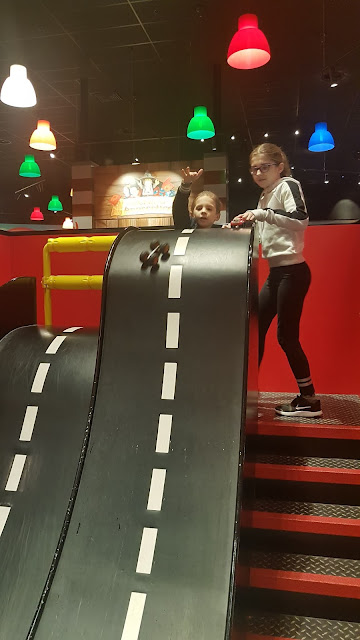 There's a Creative Workshop that runs every half hour or so where you can meet the Master Builders and even build something with them. There's a 4D cinema which shows 3 different movies every half hour too. We got to watch the NEXO KNIGHTS 4D Movie which was great fun, I don't want to spoil it for you but it does rain inside which gave us a little shock. 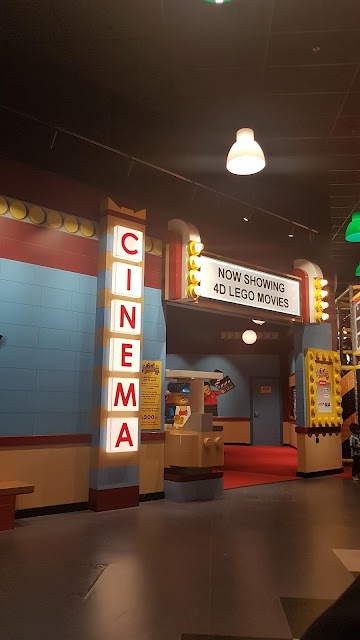 We had a great time today, spending a good two hours in total. If I'm honest, it's much smaller than I was expecting but overall we had a nice time. The kids enjoyed the soft play area, I think they disappeared into there for a good half hour so they must have been having a good time. The Merlin's Apprentice Ride was a flying kind of ride that was powered by you pedaling to make it go up. Lily and I had a go on this which was fun but it did make my legs ache a little as Lily wanted to fly as high as it would go the whole time it was moving, ouch.

Tickets for the LEGOLAND Discovery Centre Birmingham cost £20 each on the door or £15 if you book in advance online which I would recommend that you do to save yourself some money. For a family of 5 like mine it will cost you £100 for a visit which is quite a lot really.

Please note: All adults and children aged 3 years and over will require a ticket. Adults aged 18 and over must be accompanied by a child aged 17 years or younger to gain entry. 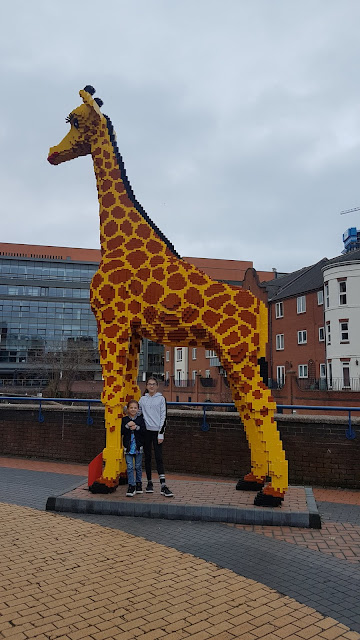 I think we'll definitely go back again for another visit at some point in the year as there was lots to do that we didn't get around to doing today. I'm hoping they'll build some new amazing Birmingham Buildings for us to see in the future as they were the highlight of my day. Lily's best bit was the soft play area whilst Ryan loved racing cars with Daddy.

Watch this space to see what happens on our next visit.

Disclosure: We were invited to the LEGOLAND Discovery Centre Birmingham as guests today for the purpose of this review. All opinions expressed are 100% honest and our own.
Posted by Christine Taylor at 07:01