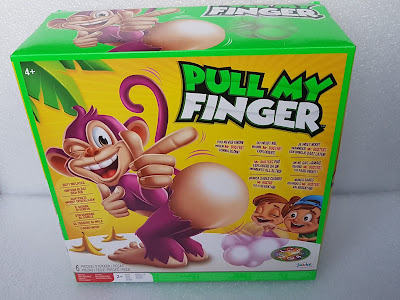 This week we've been playing a game that sounds a little funny, in more ways than one. As soon as they saw the box, the kids couldn't help but giggle, snigger and laugh out loud.

Pull My Finger is our newest game we're playing this week. I love the fact there's no batteries needed and it's really easy to set up and play. It's aimed at children aged 4 years+ and costs around £14.99 in most big toy stores. Inside the box there's the Monkey and a base which simply clicks onto the Monkey to make him stand up. There's his tail, which click into place and a Banana Spinner which you'll need to play the game. There's also two Monkey Bottom's which again, just click into place. There is two but one is a spare as you only need one to play. Having a spare is a great idea though as we don't know how long each one will last. We've been playing with our for over two weeks and we're still on the first bottom so they're not going to break too easily or quickly which is great news to know. 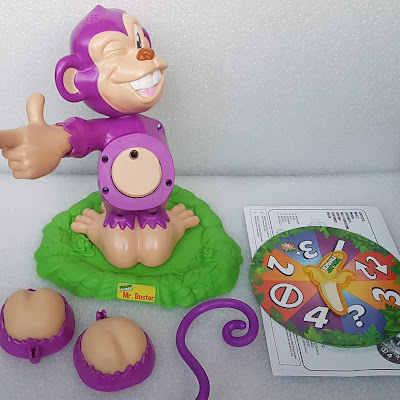 Once everything is clicked together, the game is so simple yet so funny to play. You take it in turns to spin the banana spinner, pull the Monkey’s finger the number of times you got on your go, and watch his bottom inflate with each pull! My kids couldn't stop laughing, they thought this was hilarious. How big will his bottom get? How long can he hold it in?

The aim of the game is to avoid the Farts and win! We don't normally say the word 'Fart' in our house so the kids thought it was great that they could say it whilst playing this game.

It was really funny watching his bottom get bigger. 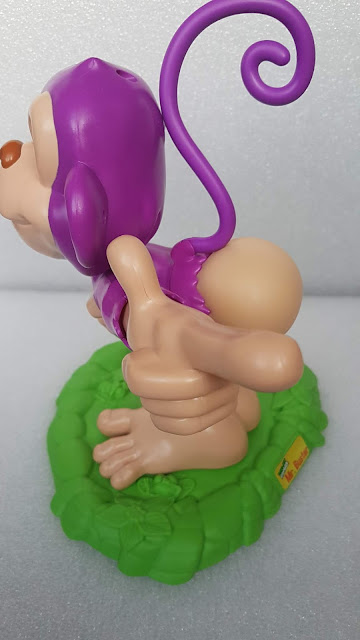 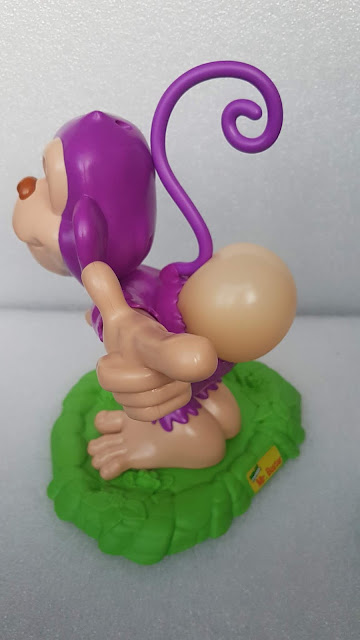 Until eventually it lets out a loud Fart noise and everyone bursts into laughter.

It does take quite a few finger pulls before he Farts but my kids quite liked that as it made the game last longer and really builds up the suspense and anticipation which is great.

The kids love this game, it makes them laugh every time. It silly and fun and just great. I can see this game being quite popular with them for a good while to come. I can't see them getting bored of watching the bottom grow and hearing the Monkey Fart any time soon. 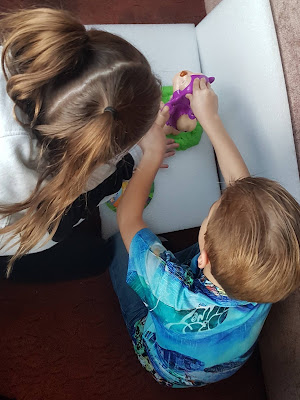 Disclosure: We received a complimentary game in return for this honest review.
Posted by Christine Taylor at 01:42