Stonehouse Pizza Parties - There's Dough Much Fun to be Had. #Review

Stonehouse Pizza Parties.
There's Dough Much Fun to be Had.

Pizza is a family favourite in our house so when we were asked if we'd like to host a Pizza Party at our local Stonehouse Pizza & Carvery, we wouldn't possibly say no now, could we.

Everything was so easy to organise, from start to finish. Our nearest Stonehouse Pizza was at the Fox in Walmley so that's where we chose. Online there's a list of steps of how to arrange the party. We printed our invites, filled them in and handed them out to Ryan's friends in school. The parties are recommended for children aged between 4 and 10 years.

We hosted our Pizza Party for 8 children in total, most of our guests were aged 8 years as they were all from Ryan's class at school, with the exception of my daughter Lily who's 11. 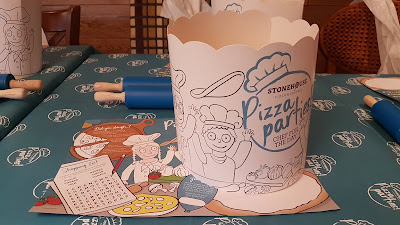 Upon arrival we were shown to our Party Area where the table was all set up with activity sheets and pencil crayons, chef hats, rolling pins and disposable aprons. Everything looked great and the kids were all so excited when they saw it all. Once everyone was seated, we got stuck straight in. The Pizza Chef came out to show everyone how to roll their dough and then they all got to roll their very own pizza which was so much fun, the kids loved it. 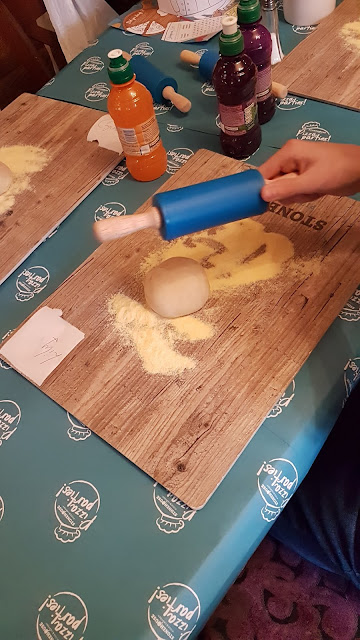 The kids were all given little pots of Pizza Toppings to create their own Pizza masterpieces.

Ryan likes his pizza plain so he added his tomato base and then lots and lots of cheese. Some of his friends added a little bit of everything which was really nice to see. There were children eating fresh pineapple pieces, slices of mushroom and lots of pieces of Pepperoni.

Lily went the extra mile and made her pizza into a big smiley face which was brilliant. 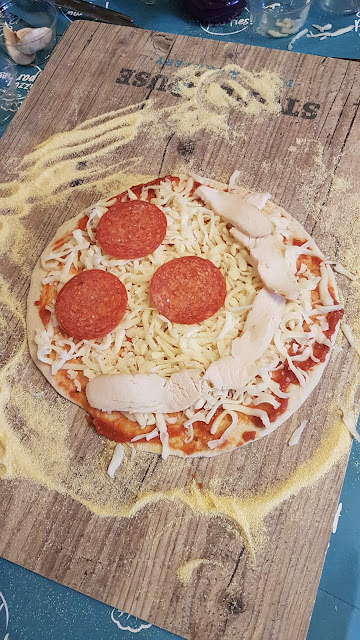 The staff were so friendly, popping over every few minutes to see if there was anything we needed which was nice and reassuring. All the kids were delighted with their creations and enjoyed making them very much. It was great to see the kids having fun, trying new things.

Making their own pizza gave them the freedom to play and experiment with the Toppings. 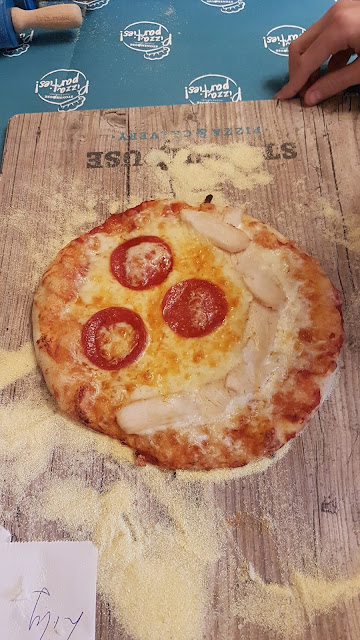 The Pizza's didn't take long to cook, probably around 10 minutes, if that and once served the children were given little side plates so that they could help themselves to some sides or chips from the Sides Cart which also had a nice choice of Salad and Pasta which looked delicious. All the kids had plenty to eat and each got given a drink which was included too.

After the Pizza, came the Ice Cream or orange segments if they didn't want ice cream. The kids were so excited, each child was given a Sundae glass and a spoon and allowed to make their own ice cream treat. They filled their glasses with ice cream from the machine and then added what sauces and sweet toppings they wanted. The ice creams are Bottomless too, meaning the kids can fill their glasses up as many times as they want. 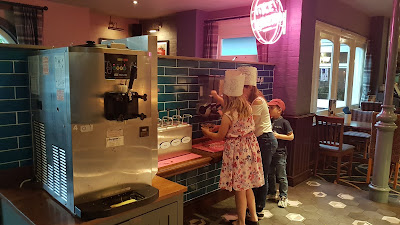 The Pizza Parties should last for approximately 1 and a half hours but ours did run over slightly today. Everyone was having so much fun that time really did run away with us, as they say, "Time flies when you're having fun". It's been such a lovely afternoon and everyone enjoyed themselves. It was so nice to let the children have some fun together outside of school hours. I wish we could do it more often for them really.

A Pizza Party at Your Local Stonehouse would cost you just £6.99 per child which is a really great price for everything they got today. I think they ate that much in food alone.

As if all that wasn't enough. Each child got given a Goody Bag on the way out to take home. 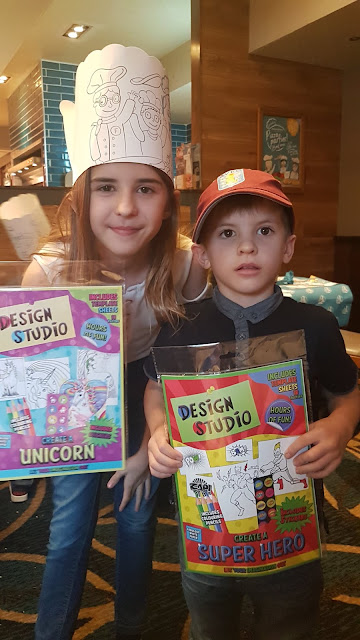 We've all had such a fantastic day today and would definitely do it all again. It was so much fun and so worth the money. Each of the kids had a lovely day and will hopefully take so much away from today. Maybe they'll even start making their own pizzas at home too.

Disclosure: We were invited to host a Pizza Party at our local Stonehouse Pizza in return for an honest review. All opinions expressed within this review are 100% honest and my own.
Posted by Christine Taylor at 10:04