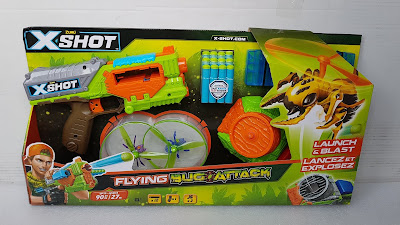 The new X-Shot Swarm Blaster from ZURU is bug-tastic fun.

The Flying Bug Attack range includes two awesome sets, a single and a double. The single pack which is what we've been playing with comes complete with a Swarm Blaster, a motorised footpad launcher, two flying bugs, a dart clip and 12 reusable foam darts. It has everything you'll need for a bug-tastic time. The X-Shot Flying Bugs Attack will cost you £19.99 and is available from all major retailers. It's a pretty decent price for what you get. 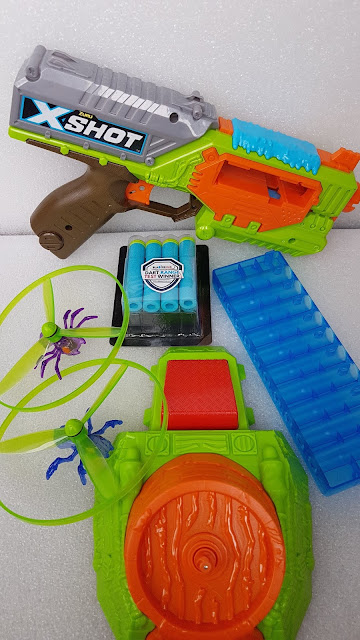 It's all really easy to use and great fun to play with. It's perfect for playing outside come rain or shine. You load the foam darts into the auto-sliding side clip, place the flying bugs onto the motorised launcher, press down to release them into the air, take aim  -  and FIRE! 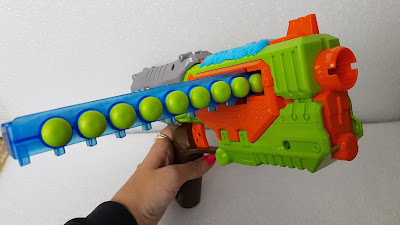 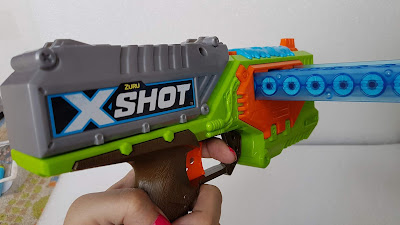 The Swarm Blaster is great for shooting those pesky bugs which go really high once released from the motorised launcher. I was surprised at just how far they actually went. The bugs are great flyers and do go really far when launched so you'll need lots of space when playing with them. We may have lost a few darts up on the roof when playing in the back garden as it's a little smaller than we'd like but that's OK as we're taking it on holiday with us next week where there'll be lots of open space outside for the kids to play with this in.

Ryan loves shooting toys so as you can imagine, he loves playing with this. He loves this set as it combines shooting darts out of a cool looking blaster with the challenge of moving targets in the form of the flying bugs, which makes game play a whole lot more fun. 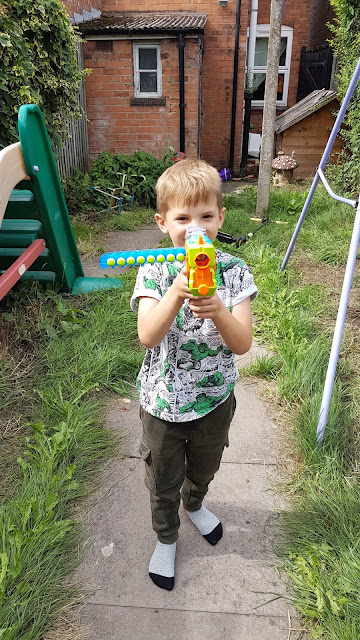 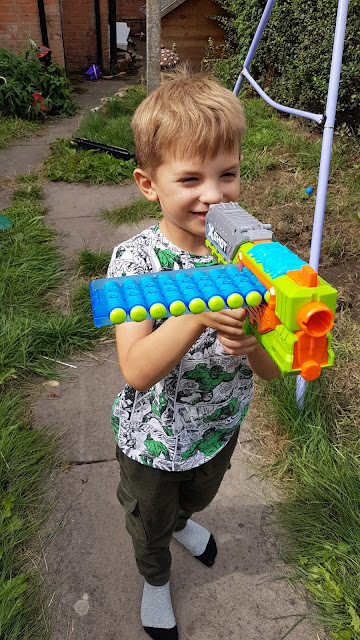 Disclosure: We received our X Shot Swarm Blaster in return for an honest review.
Posted by Christine Taylor at 04:17