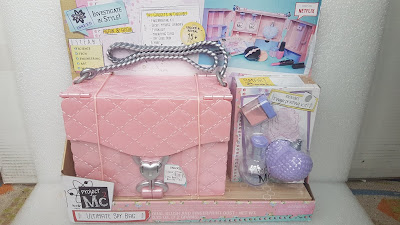 Back in April of this year we reviewed the Project Mc2 A.D.I.S.N. Journal - Where Smart is the New Cool which Lily loved. Loved so much in fact that we decided to review another of their fab toys. This week we've been checking out the Project Mc2 Ultimate Spy Bag which is the Ultimate Spy Bag – as worn by culinary chemist Adrienne Attoms in the Netflix show. 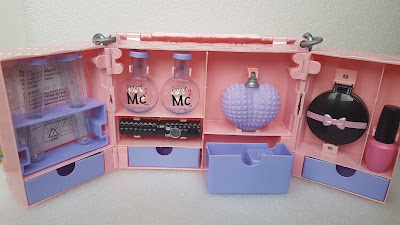 Lily was over the moon when this arrived as she's always wanted to be a detective. She's forever hiding her belongings and locking her things away to keep them 'safe' from her little brother and now with the help of this exciting kit, she can. The bag itself is really cute, pink in colour and so pretty with its silver coloured carry strap too. From the outside it looks like any other bag but the inside tells a completely different story as it opens up to reveal a forensic fingerprinting kit. The bag contains an air blower disguised as a perfume bottle, a magnifying glass hidden in a make-up compact, a torch hidden in a nail polish bottle, test tubes, secret messages and much more. It's every little girls detective dream come true. 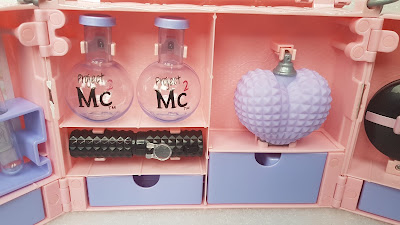 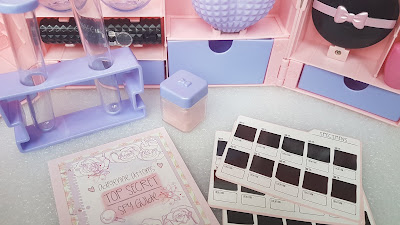 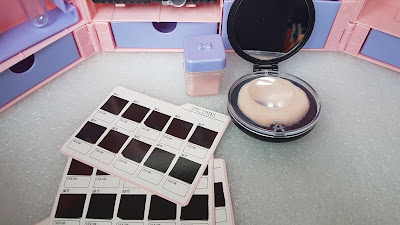 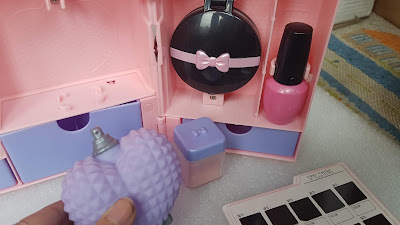 The Project Mc2 Ultimate Spy Bag is aimed at children aged 6 years and above, retails at £39.99 and is available from Smyths, Argos and all good independent toy retailers. Lily has been having great fun playing detective all afternoon. She's been searching for fingerprints all over the house. Her main aim from now on is too see if anyone has touched her phone.

She's now on a mission to collect all the fingerprints she can find to record on her fingerprint record cards. She already has mine and her little brothers stored for future reference. 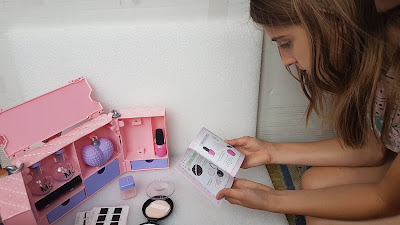 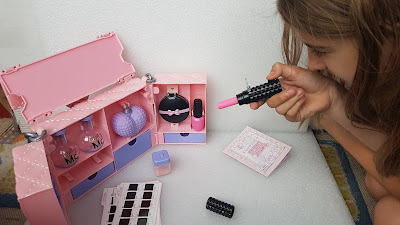 Lily loves this set, I think it would have definitely been on her Christmas List this year.

Lily's favourite things about this bag are:

The secret message launcher that looks like a lipstick. She's been having great fun writing secret message for me and then firing them over the back of the sofa to me all afternoon. She did start off by firing them at her little brother but she soon got bored of that when he ran away and it wouldn't shoot them that far. I got several messages of 'Hello Mummy' which was very sweet and I was just happy that it had managed to keep her quiet for a little while.

The fingerprint dust, she's amazed herself learning all about how to dust for fingerprints and even more so on how to remove them and store them with the simple use of sellotape.

The bag contains several beakers, test tubes and a really cool booklet filled with secret agent experiments for her to have a go out. There's one with lemonade and baking soda which sounds like lots of fun. We haven't done it just yet as I've got to stock up on the baking soda first, oops. Until then, she's having fun just reading all about them. Lily's gonna love her Science lessons when she goes into Year 7 this September, those were the days.

Lily loves the Project Mc2 Ultimate Spy Bag. She's had great fun playing with it so far and is looking forward to more fun once we have the ingredients she needs for her experiments.

Disclosure: We received our Project Mc2 Ultimate Spy Bag in return for an honest review. All pictures and opinions expressed are 100% ours and completely honest.
Posted by Christine Taylor at 13:02