You may have heard about the latest Hotel Transylvania Movie, Hotel Transylvania 3 Summer Vacation. My kids and I loved all the movies, each one is just as comical as the last. You'll often hear the sounds of a 'Blah Blah Blah' every now and then which is a famous line of Count Dracula's in the second movie. My little boy just loves to randomly shout it out.

If your kids are big fans of Hotel Transylvania like my lots are then you'll be really excited to hear all about their brand new toy range brought to you by Jazwares and now available in Smyths stores as well as other big toy sellers on the high streets. We're got three different toys from within the range to show you today. My kids were so excited, see how we got on. 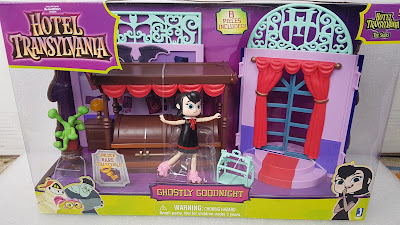 First up is the Hotel Transylvania Ghostly Goodnight Mavis' Room Playset which retails at £19.99. It's one of three sets that are available and comes with 8 pieces to play with. This one is Mavis's bedroom which is perfect for little Mavis fans. It includes lots of bedroom props as well as her bed which is a coffin that can be opened and closed with a magic key.

There's also a secret collectable hidden inside the coffin bed for you to unveil. You place your key in the side of the coffin and it pops open revealing what's hiding inside for you.
We found a Rare Bat Mavis inside ours which the kids were delighted with. 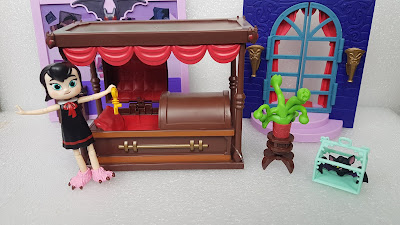 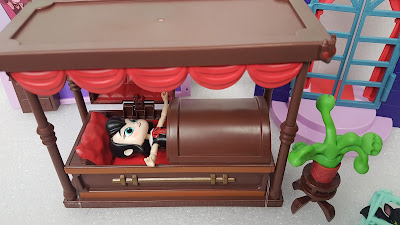 It's a really lovely little set and the kids are enjoying playing with it. The Mavis character doll is also really lovely, she has movable limbs and removable clothes which adds to her fun. You can take her little shoes off when she's ready for bed and pop them back on in the morning. Lily loves the Mavis Doll, I think that's she's one of her favourite characters of all. 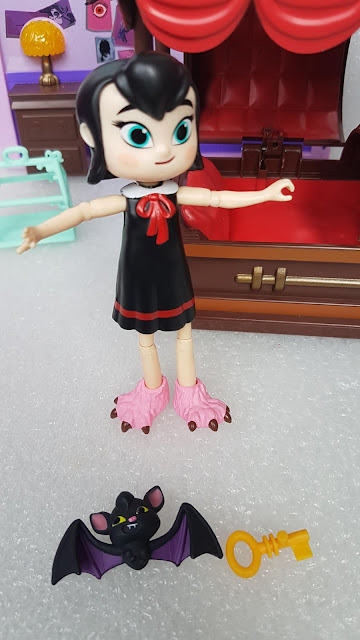 Next up, we have the Hotel Transylvania 4 Figure Multipack Assortment which retails at £12.99. It's a set of 4 10 cm figures made up of  Mavis and family and friends. They're all moulded with 9 points of articulation and someof them have removable clothing items. 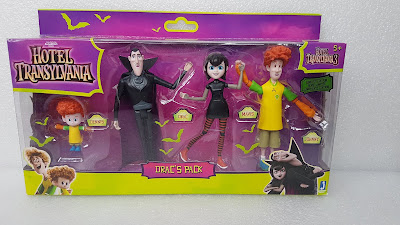 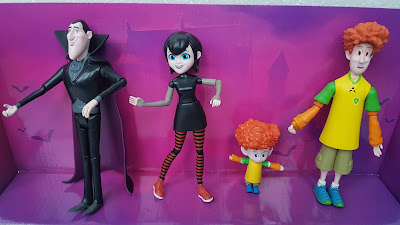 Figure sets are always great fun as you can play with them pretty much any where. You can play with them at home, on the go or even in the bath. Figures are always a nice way to let your child's imagination run free and these ones are no different. they're well painted and look just like the real characters from the movie which is always a good point as no one wants figures that look nothing like the people they're supposed too I guess. We've been playing with them using our play set as they do make a great addition to your play.

Last but not least we have my favourite, the Hotel Transylvania 3 - Monster Mayhem Series 1 Mystery Packs. Each box contains a magic key to open it and a mystery collectable inside.

We were lucky enough to be sent 4 of them to unwrap and enjoy. They retail at £3.99 each which makes them the perfect 'pocket money' toy for children wishing to collect them. 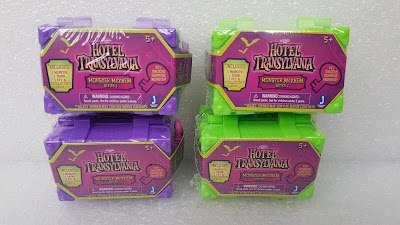 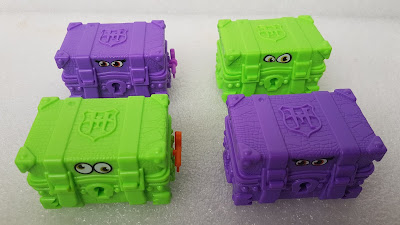 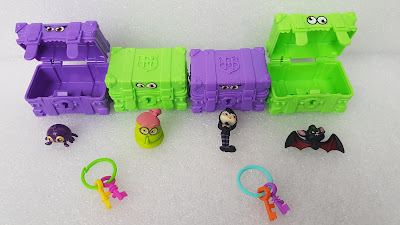 Out of all three toys, the bling boxes were the most exciting. The kids loves opening them up to see what was hiding inside and were delighted with the characters that they found.

They now want to collect them all so I know what they'll be buying with their pocket money next. The great thing about these is that the boxes are re usable and great for keeping your new collectables safe inside. With over 60 different characters to collect, it may take us a while. I also like that the boxes come in both green and purple making them suitable for both boys and girls which is always nice. Both my son and daughter love these little boxes now. 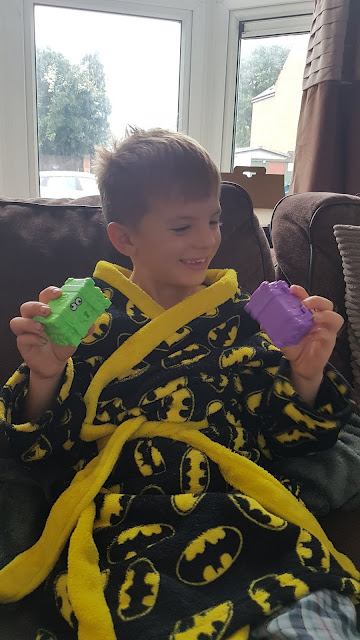 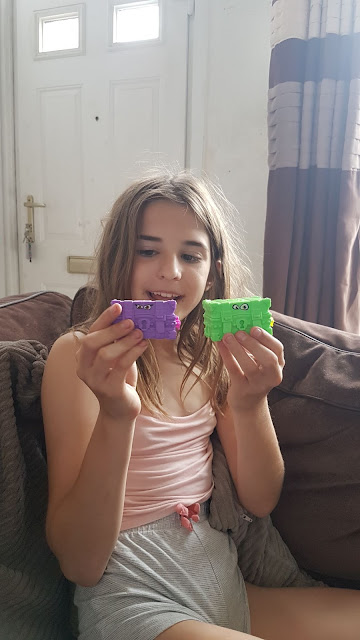 We've had great fun playing with our Hotel Transylvania Toys and now can't wait to collect some more over the next few months. Both Lily and Ryan love Hotel Transylvania and are more than happy with the toys too. I wonder what collectables we'll collect next.

Disclosure: We received our Hotel Transylvania Toys in return for an honest review. All pictures and opinions expressed within this review are 100% ours and completely honest.
Posted by Christine Taylor at 03:22