Alice in Wonderland at The Old Rep Birmingham #Review

Alice in Wonderland at The Old Rep Birmingham

This afternoon I took my children to Wonderland to meet Alice and her charming friends at The Old Rep Theatre in Birmingham. The show takes the classic Lewis Carroll tale and makes it very modern and fun. The costumes are lovely and the story is just magical. Both my children and my Mum had a great time. We did enjoy the second half slightly more as the audience had more audience interaction. There was lots of singing and clapping along and dancing too. As the show went on, the audience seemed to get lost in the magic and cheered and booed out loud at some points. It was very enjoyable, like a Christmas Panto. 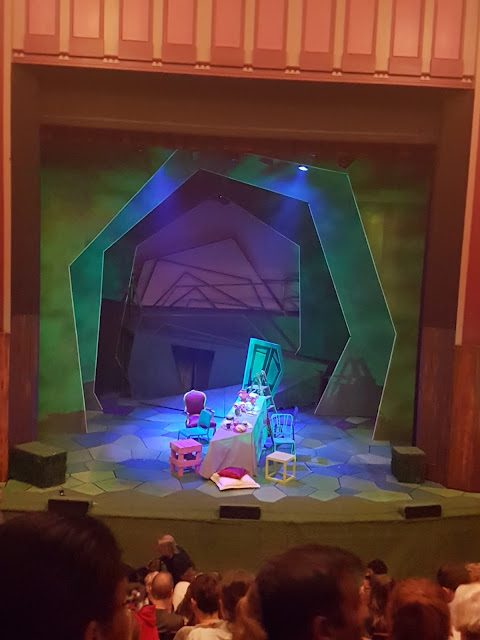 The famous Tea party scene was lots of fun and had my children singing along and tapping their feet. The Old Rep Theatre is quite small but the staging was all very well thought out and the set was lovely. It's only a small cast but everyone played their parts wonderfully.

Alice In Wonderland is running right up until December 30th and we would definatley recommend going along to see it. Tickets cost just £16.50 for Adults and £13.80 for children but Family Tickets and Group offers are also available. For the price, it's a great show.

After the show we were lucky enough to meet some of the cast and boy were my children happy about that. The Mad Hatter lifted my boy up in the air and laughed together, it was lovely. I think Alice was quite taken with my Ryan too, as she stopped to speak with him. 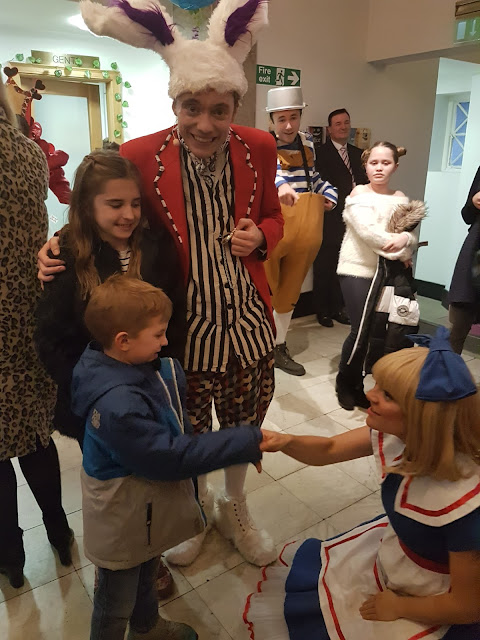 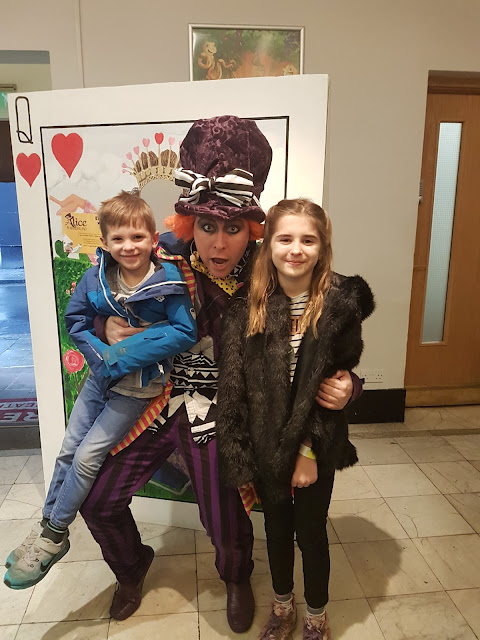 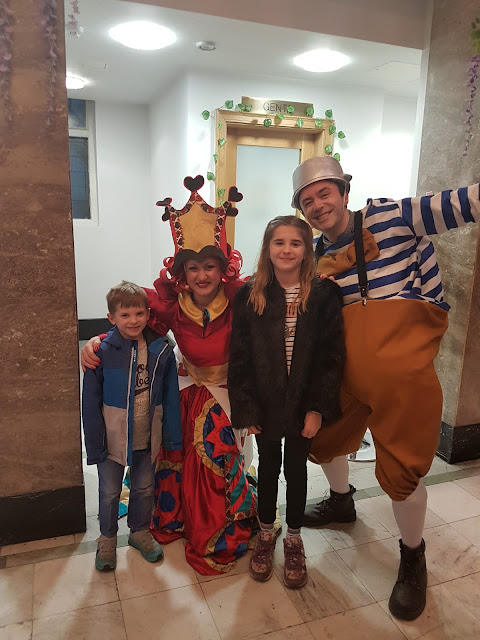 It was really nice to see a new story based on an old classic. There were some parts from the book but there was also lots of new parts that made it lots of fun to watch. We loved the energy levels and excitement which ran throughout the show. The Queen of Hearts played a great Baddy and Alice an even better Goody. No theatre sow would be complete with them.

We've had such a wonderful afternoon in Wonderland today. We only wish we could have taken you all with us. If you're in Birmingham this month, go see it - it's fantastic!

Disclosure: We were invited to attend the show for the purpose of the review.
Posted by Christine Taylor at 09:43