Disney On Ice - Passport To Adventure in Birmingham #Review

Disney On Ice - Passport To Adventure in Birmingham 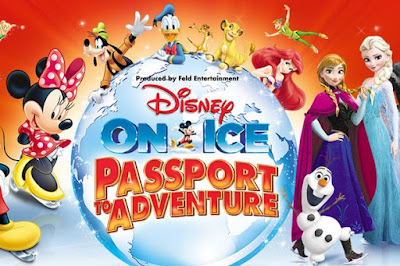 This weekend we went to see the brand new Disney on Ice - Passport to Adventure show at our local venue, the Birmingham Arena. With two excited kids in tow, we headed off for a fun filled night of Disney and Ice skating, Treats and Flashing lights. We've been to see Disney on Ice lots of times over the past few years and have loved every show we've seen. 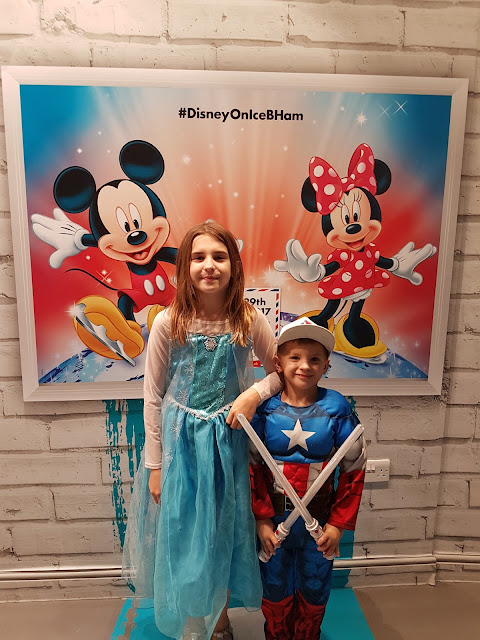 Dressed in their favourite costumes, I had one Elsa and one Captain America. He knows Captain America is not Disney but he didn't care, he just wanted to join in the dressing up fun. We had great seats, centre to the stage and only just a few rows back. The kids were so excited, they both love Disney and watch Disney Movies all the time at home.

The show was set in two halves with an interval or toilet break as we call it, in the middle.

But before the show even starts the audience are treated to a short Fit to Dance class with two rather cute Zootropolis characters. They had the whole arena, Hopping up and down.

In the first half we saw some beautiful ice skating from Simba and nala in the Lion King and some exciting adventures from Wendy and Peter Pan. I loved the Ice Skating, it's so beautiful and rather magical, isn't it. The costumes and characters were all pretty awesome too. The kids loved the music and sang along, as did I but we'll not talk about that too much. 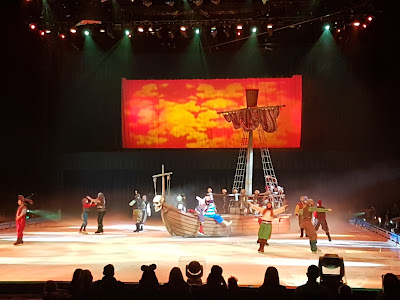 The second half brough us treats from Ariel and her friends in the Little Mermaid and best of all we got to see Elsa and Anna and thier friends in Arendale from Frozen. Everyone was so excited when Olf came out, the whole crowd actually cheered, it was pretty amazing! 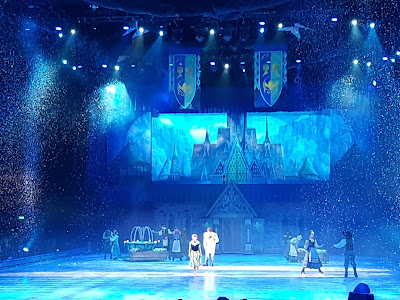 I think Frozen was the hit of the night, it was definatley our favourite part of the show. 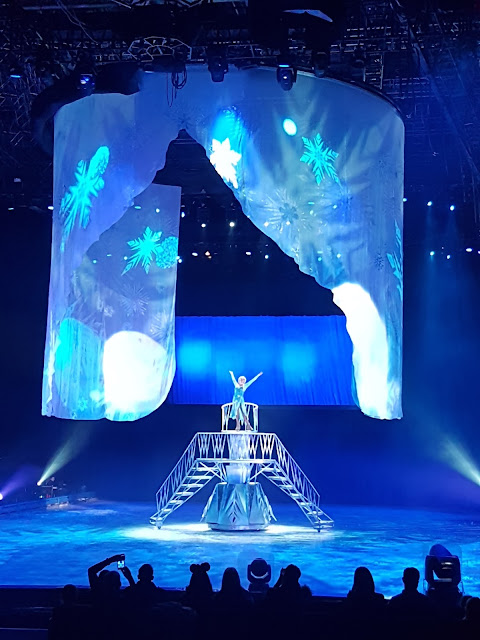 We've seen many shows like this before but this one was quite different.  I felt the stories were much longer than they've been in previous years as we only saw four different ones this time. In previous years you saw a lot more in shorter scenes. The show that we saw was brilliant but I couldn't help but miss Moana which I though they may have included but didn't. I guess they were trying something different this year but for me, I think I prefere it when there's more shorter stories so you can see more characters as there's so many to see and love. The kids loved the show and enjoyed it very much which was all that mattered in the end. Two happy children meant one happy Mummy so mission accomplished.

Disney On Ice - Passport to Adventure is a thrilling show filled with lights and fireworks, laughs and adventure. There's flying and even real snow on some parts. I didn't take too many photographs as I didn't want to spoil it all for you as there's still time to go along.

If you love Disney, Music and Ice Skating, then you'll love this show.

Disclosure: We were invited along to watch the chow for free in return for an honest review.
Posted by Christine Taylor at 03:08