This weekend we've been busy hosting our very own Family Games Night here in the Mummy Of 3 Diaries household. With two brand new games from Character and two very eager children, we had everything we needed and were all set for a fun filled day of games.

First up we have the brand new Five Nights at Freddies which brings one of the world’s most popular scary video games to life in the form of a 3D game. It's nice and easy to set up and all clicks into place. It does require three AA batteries which are not supplied so you will need to buy these separate. Demon teddy Freddy holds all the tokens, all is calm when the lights are down low but players must all take their suspense filled turns to spin the dial and take the tokens from right under Freddies Nose. There's some really spooky music which plays whilst the game is in action and the suspense can get quite scary as no one knows just when he's wake up. The Loser of the game is the player who gets greedy and takes too many tokens and wakes Freddy from his deep sleep, releasing his fury! Watch out because Freddy gets very angry when he's woken up, he roars and leaps forward to grab you.

Five Nights at Freddies is a really fun, suspense filled game for the whole family. 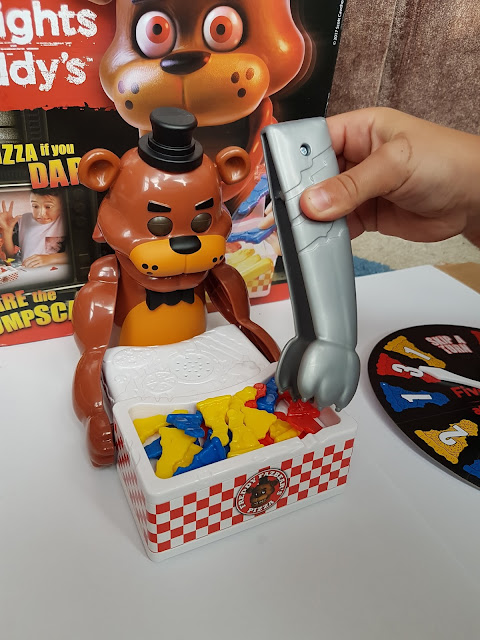 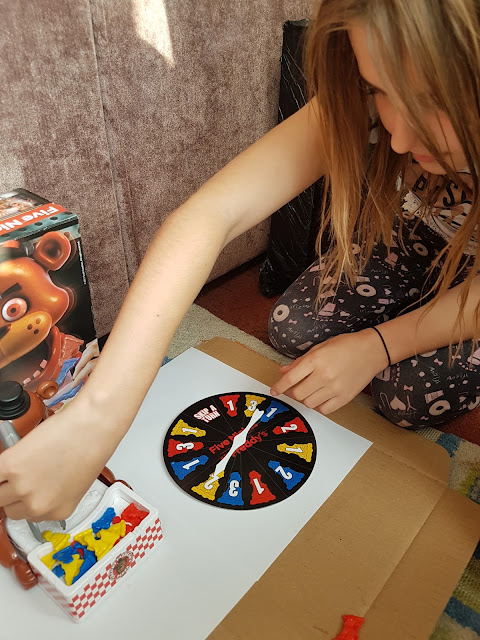 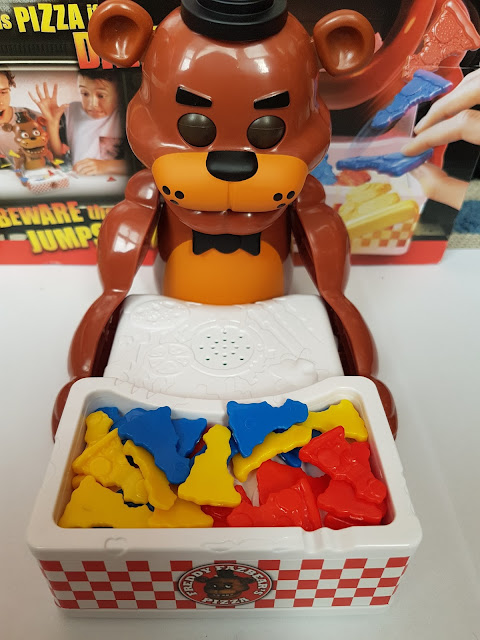 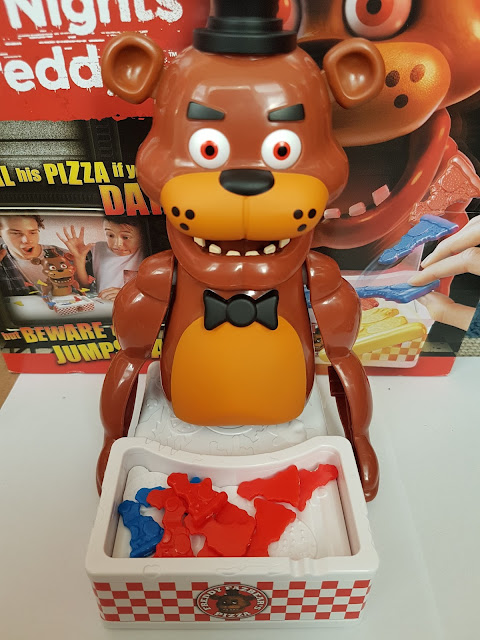 Next up we have Boom Blast Stix which is the brand new game that will keep everybody playing on the edge of their seats. The game is made up of 40 sensitive interlocking springs that when put together can explode at any time. The aim of the game really simple, it's to stack as many pieces as you can before they go off. It's a very high risk, unpredictable and addictive game which is sure to be full of laughter as players react to the cascading pieces. 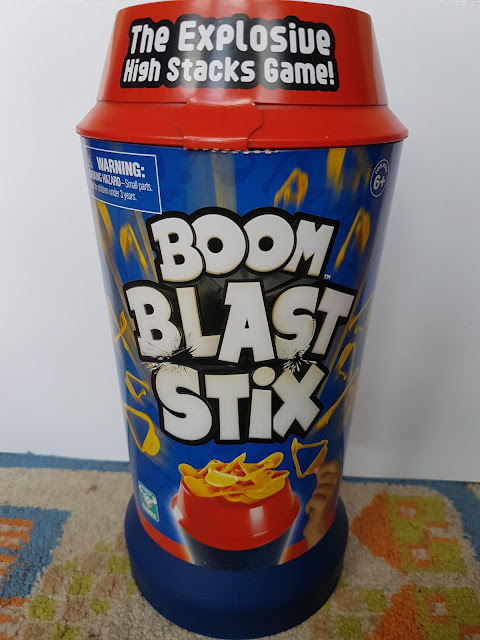 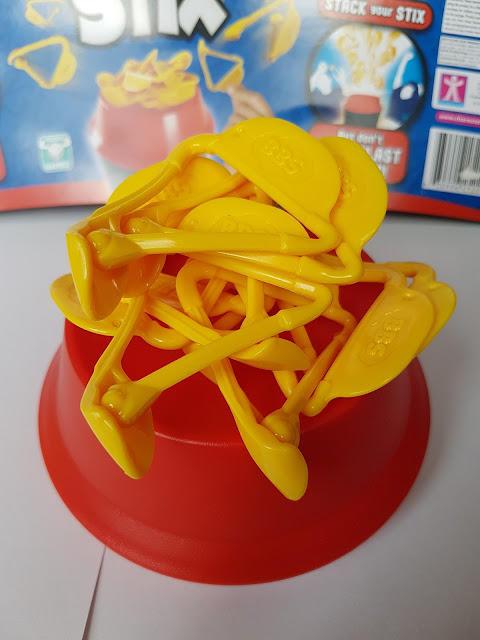 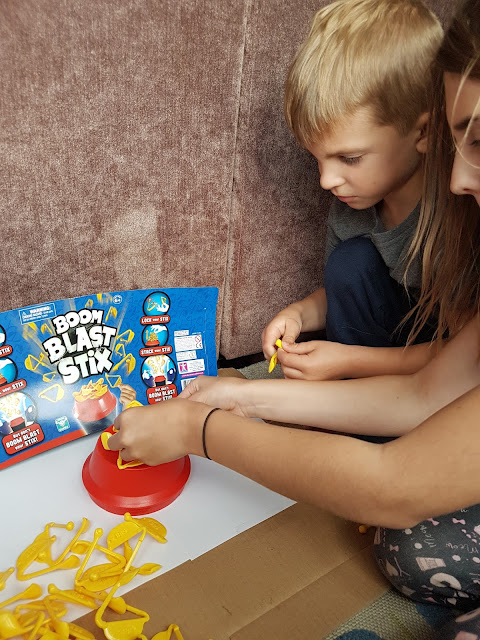 We loved this game so much. It's so exciting as you never know when the pile is going to explode and who knew how high those little pieces could fly. They sure shocked me, and the kids, as they flew up, up and away on our last game. We all screamed out loud.

We had a fantastic games night and loved both of the games but if we had to pick just one, I think we'd all go for the Boom Blast Stix as it's easy to play yet really exciting and fun.

Disclosure: We received our Character Games in return for an honest review.
Posted by Christine Taylor at 09:41