On Thursday night Lily and I sat down to watch the England V Portugal UEFA Women's Euro 2017 tournament game on CH4. It's not often we sit together as a family to enjoy a game on the TV but it was a pleasure to see Lily getting so involved and enjoying the game (cheering and shouting at the TV). I let her stay up a little past her bed time but it was worth it just too see her so inspired by these amazing sports women. It's great to see women play. 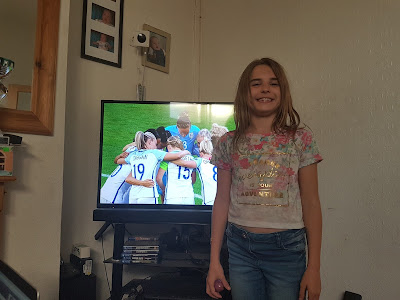 The UEFA Women's EURO tournament is being held in Holland this year from July 16th to August 6th. It's expected to be a thrilling few weeks. The England women's football team finished 3rd in the 2015 World Cup finals in Canada so there are some high expectations for them this year and if the game on Thursday is anything to go by, we're gonna smash it!

Congratulation England on their 2-1 win!

McDonalds is a place we all know and love as a family which is why I'm so happy they are a key sponsor of the tournament and this year, 2017 also marks the 15th anniversary of their Grassroots Football Programme which has helped recruit and train 30,000 coaches and helped over 7,000 clubs achieve their Club accreditation which is wonderful news.

McDonalds has provided over 230,000 free kits to those clubs and actively encourages ALL youngsters, both boys and girls, to get active and participate in the game of football. They'll be hosting dozens of Community Football Days at Grassroots clubs throughout Summer. 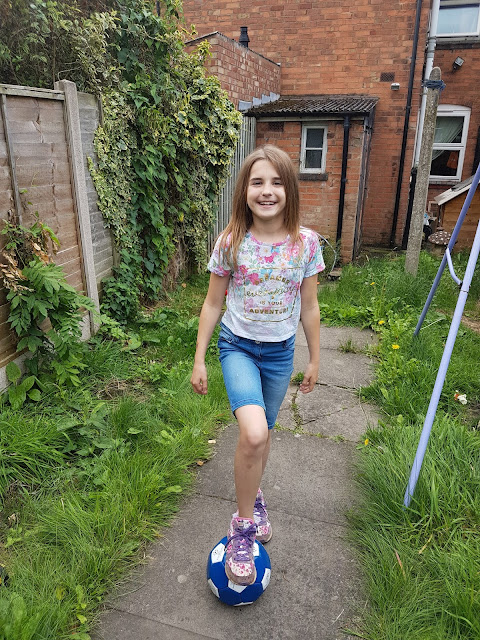 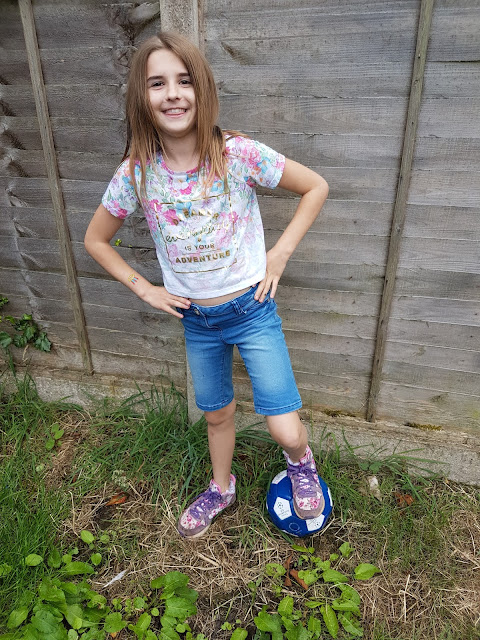 Lily loves to play football with her little brother who slightly better than her but that doesn't matter as it's all about having fun and taking part. They play in the garden mostly but the local park and the field behind Granny's house make great pitches too. Sometimes they even play on the trampoline which is amusing to watch but it's a great way of keeping the ball in play and stopping it from going over the neighbour's fence twenty times a day.

Lily's always loved playing football but since watching the big game on TV, she's now keen to join a girls club of her own. We'll definatley be checking out our local Grassroots clubs. It was great fun watching the game together, we might have to make it a regular thing. Next time we're going to have a football party with snacks and drinks and cakes to enjoy. We might even play some games too, like making up a silly goal celebration dance and doing it every time England score which will hopefully be lots of times so we can dance all night.

Will you be watching the next game with your family? 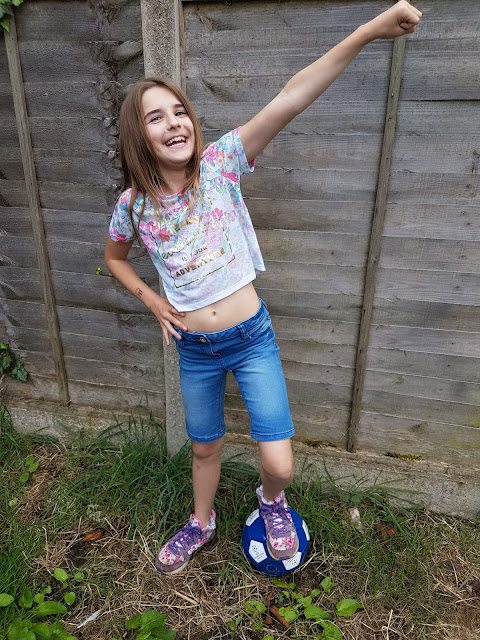 Since 2002, the McDonalds Player Escort programme has provided thousands of boys and girls with the chance to stand beside football superstars and experience the roar of the crowd first hand. We've entered a few of their competitions for this ourselves, Lily would love to be a mascot for the day. How amazing would that be. It's great that McDonalds support the community and encourage football for all. The programme is a great way to encourage children and young adults to play and enjoy football no matter their gender or disability.

With Lily's refreshed and renewed interest in football, we're now very excited to watch the rest of the UEFA Women’s EURO 2017 tournament games. Family time this summer is about to get a whole lot more football orientated but that's a good thing because football is a great way to exercise and it's been great to show Lily that women can play football too.

Disclosure: This post is written is association with McDonalds and Grassroots. All the pictures used and opinions expressed within are 100% honest and entirely my own.
Posted by Christine Taylor at 03:50