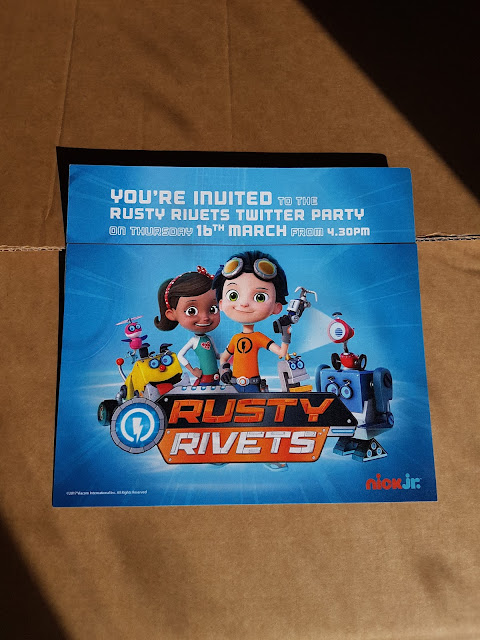 Last Thursday (March 16th) we hosted our very own Rusty Rivets Party. A huge box filled with lots of fun craft materials, activities and goody bags arrived to set us up for a fantastic fun filled party. As well as partying at home, we also joined in on Twitter to share our fun and thoughts on the two brand new episodes that we were all watching together, it was all very exciting. It was a little manic as always but also lots of fun too, the children loved it. 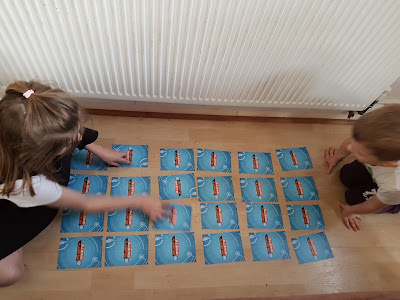 Our first game to play was a Memory Game involving cards with pictures of the characters on. We had great fun playing this as it's a nice simple game to play. We've been playing pairs since they were little so this one was perfect for them. We did have a few tears from the loser but lots of smiles from the winner, oops. Aw well, we can't all win every time. 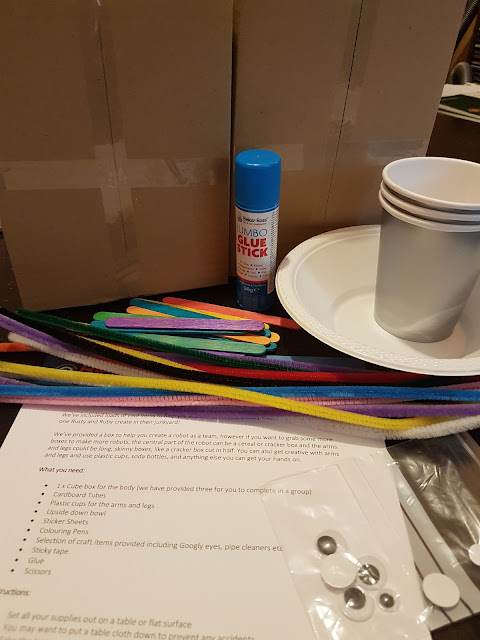 Our next activity was to Create a Robot using some of the craft materials we had been sent. We had cardboard boxes in different sizes, lots of pipe cleaners, cups, plates and all sorts. They had great fun creating their Robot who they named Robert (no surprises there).
He's quite small but they didn't want a big robot apparently, they wanted a robot who could get into small places so he could hide from the bad guys when he needed too easily. 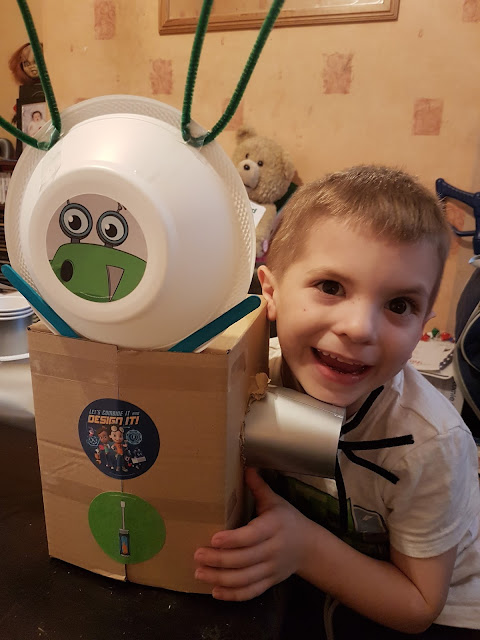 Next up was a little quiet time for me, the children got to Colour Activity Sheets for ten minutes whilst I set up the next activity. Colouring is great fun as everyone can join in no matter their age. It did get quite serious as they wanted to have a Best Picture competition but it was just for fun as I didn't have any prizes toward them but they didn't mind. 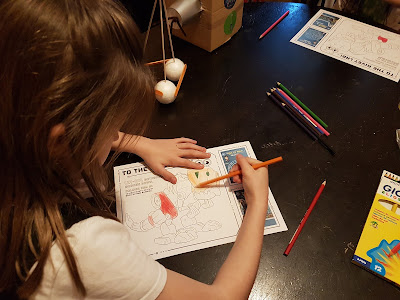 Once they'd finished their pictures it was Treasure Hunt time! I hid six numbered Rusty Rivets picture cards throughout the house for them to find. One was in front of the TV whilst another was in the kitchen, they had lots of fun working together to solve the clues to find them them all. Treasure Hunts are very exciting and sure got them all excited here.
We had a few things left over from our craft supplies so the kids wanted to make some other things. They had a go at building some 3D shapes and came up with this sweet constructed tower which I thought was pretty good. It stood up on it's own and everything - awesome. 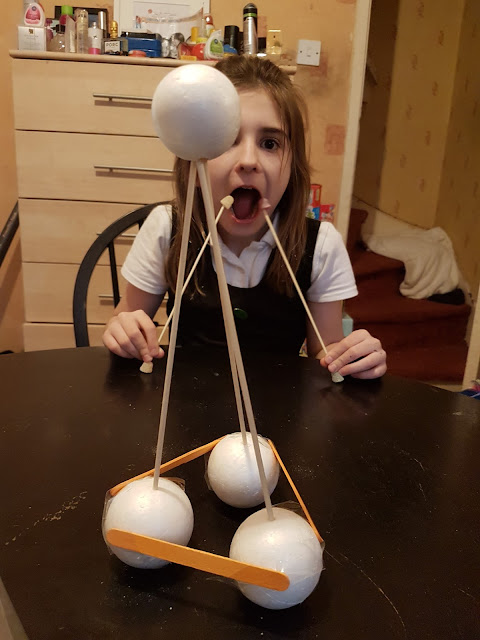 Finally, we gave our guests their rather cool Goody Bags and said our goodbye's.
We all had a wonderful afternoon and loved watching the show together. Rusty Rivets is a fun show that the kids really enjoyed watching. It's really inspired the kids to be more creative and get involved with building things. It's been a pleasure to take part. My kids love the show so I'm sure they'll continue to watch it from now on quite happily, hooray!
Visit Nick Jr for more Rusty Rivets activities, fun and games.
Disclosure: We were Rusty Rivets Party Hosts in Association with UKMumsTV and Nick JR.
Posted by Christine Taylor at 04:48