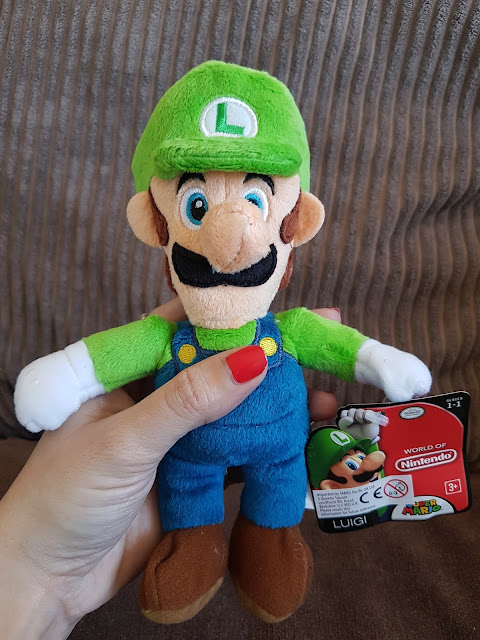 Just look at him, isn't he just adorable? Just a few weeks ago the world went crazy with the Nintendo Switch launch which brought the much loved Mario characters back into the limelight. I grew up playing Super Mario on the original NES, boy did I love that game.

Just a few months ago we bought a Nintendo Classic Mini so that we could show the kids the kind of games we used to play. It's been a great success too as the kids are now loving the old retro classics that we used to love. It's been great fun playing them together.

Mario and Luigi have always been popular in our house but when the kids saw the this adorable new Luigi plush from Jakks Pacific they went a little crazy but not as crazy as me. The kids get so many wonderful treats through the post but this one's mine - all mine!

He's an adorable 7.5 inches tall and oh so soft and cuddly and cost £9.99.
There are three in the set to collect Mario, Luigi and Yoshi too. 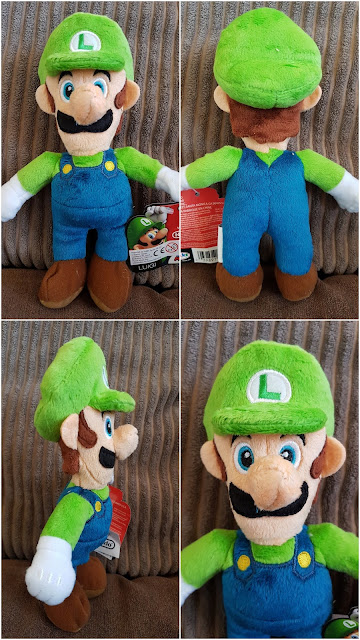 Luigi is here to stay, by my side for ever and ever (or at least until one of the kids gets hold of him and steals him) but I love him. He's so soft and he looks just the like character on screen does. The details are fantastic, his outfit is spot on and his little hat is just too cute.

Who was your favourite Super Mario character?

Disclosure: I received my Luigi Plush sample for free in return for an honest review.
Posted by Christine Taylor at 14:06