Crazy Claw - Check out Our Review & #Win Your own!

Crazy Claw - Check out Our Review & #Win Your own!

Drumond Park’s new table top game brings the never forgotten thrills of the gaming arcade to youngsters aged 5 and up!  Crazy Claw (rrp £22.99, for 2-4 players) is a colourful, action packed game of boiling, bouncing balls and a grabbing claw, operated by each child in turn. 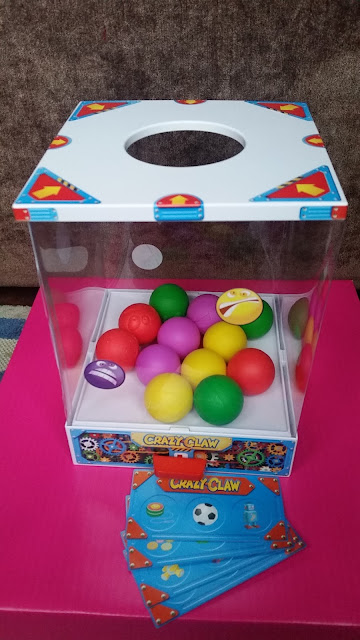 The game it's self is very bright and colourful and exciting looking. It's one of those games that you just want to play because it looks so cool. There are nine Crazy Balls inside the dome and each one has a picture card inside it. The aim of the game is to pick a crazy ball out in turns to see if you can find the three picture cards that match the ones on your game card. It's like a crazy game of pairs but with a fun arcade twist.It may sound really easy but it's not quite that simple as there are three of each coloured ball so they can get mixed up quite quickly meaning you might not grab the one you want. There's buttons around the base of the game which lets the other players flick and fire the balls inside all around making it much more difficult to grab the one that you want. It's really fun and exciting to play. 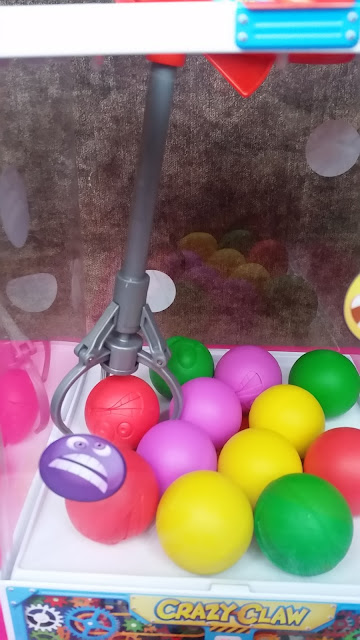 The Crazy Claw grabber is nice and easy to use and is the perfect size for little hands like my Ryan who's 6. We've played several times now and love grabbing for our picture cards. It's more a game of luck rather than a game of skill which is great as that's much more fun. 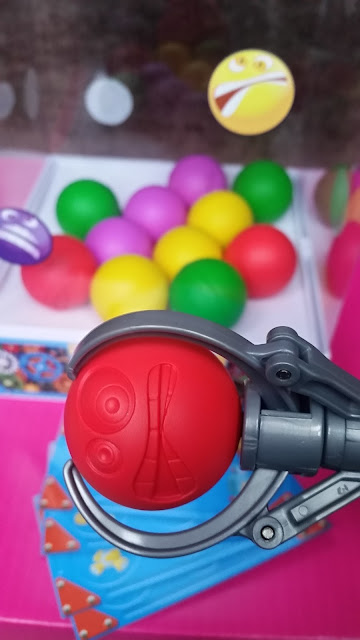 The game takes a little time to set up on the first occasion as you have lots of stickers to put on it but once they're all in place, it's just a case of putting it together every other time which doesn't take that long. The idea behind the game works very well and all of us here have loved playing the Crazy Claw game. One small thing that I found is that the younger players like Ryan found opening the Crazy balls quite hard to do. This may get easier in time as they're played with more or as he just gets used to how to press them in the middle better.

Crazy Claw is a nice family game for up to four players which is great fun to play. It's an easy game to follow with nice simple, straight forward rules that everyone can understand.

Here's where You can Win your own Crazy Claw game:

To enter: Simply use the Rafflecopter Form below to do so. You may do as many or as little of the entries as you like. It's completely up to you but the more you do, the more chances you have of winning. The competition will end on Sunday 26th February - Good Luck xo

Terms & Conditions: Open to the UK only. 1 Winner will be drawn at random from all the correctly made entries on Sunday 26th February and the contacted by the email used.
Posted by Christine Taylor at 02:59