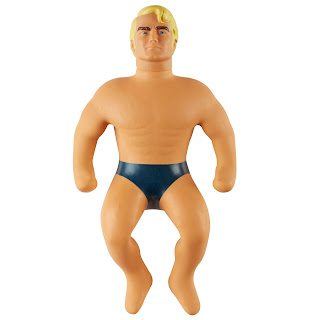 Stretch Armstrong has been a children’s icon since the 1970’s and now he’s back.

The latest version has taken him back to his roots and has been designed to look like the original classic style for 21st century children. He can be stretched up to 4 times his own size without breaking. You can pull him, twist him, squish him and tie him up in knots. Once he's been stretched he does take a little while to return back to his original shape, it's not a quick transition. We had to leave him for a short while once he'd been stretched to recover.

He's a decent 30cm tall but his body is quite weighty, he's much heavier than he looks but from the day he arrived my youngest two have been pulling him in all directions and he's still looking good. Poor Stretch has been fought over, twisted into knots and all sorts this past week but I'm happy to report that he did return back to his original size after every play. 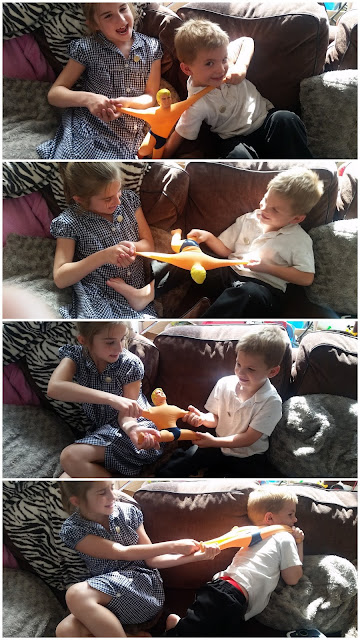 I'm sure my big brother had a Stretch Armstrong when we were little although I don't recall him ever letting me have a go with him so this time around I've had a good play myself. He's very squishy and does feel kinda weird but he's good fun and the kids seem to like him. It's actually kinda fun to stretch and pull at, he's like a kids version of our stress balls only cooler. Lily and Ryan love him and happily play with him both together and on their own.

I think Stretch Armstrong has been well received and gets a firm thumbs up from my two. 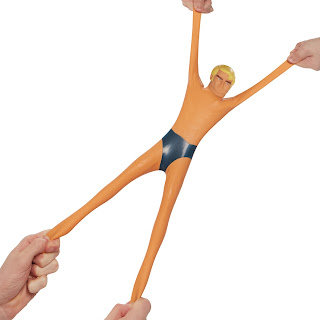 The Original Stretch Armstrong can be purchased from www.character-online.co.uk.

Disclosure: We received our Stretch Armstrong for free but our opinions are our own.
Posted by Christine Taylor at 02:07