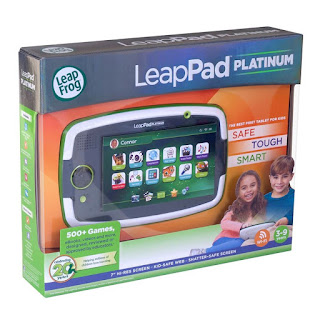 For the past few week's Ryan (aged 6) has been testing out LeapFrog's newest children's tablet, the LeapPad Platinum which is aimed at children aged between 3 and 9 yrs. Ryan's currently in Year 1 at school although not for much longer as he'll be heading off to Year 2 after the Summer. He's at the age where his reading and writing are improving all the time so they're something that I'm always encouraging him to do more of which made this tablet perfect for him. Before I go into our thought's, I'll give you all the important stats about it.

What's in the box? 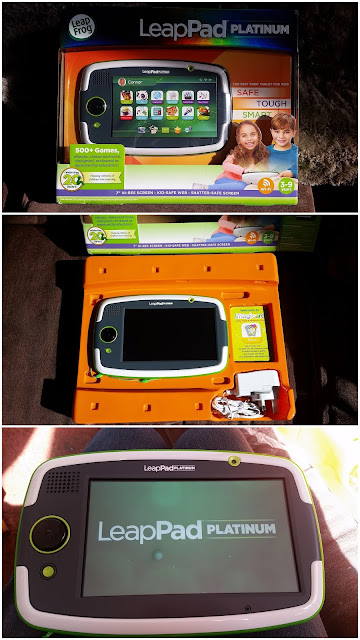 What App's are Included?

You can use Wi-Fi using their Kid-Safe Web which is a safe, protected web browser, serving up a ton of kid-appropriate videos. All are reviewed or approved by learning experts. It's a great idea which gives us adults peace of mind whilst they browse.

You have access to over 800 games and more which are sold separately. All of them are designed or approved by LeapFrog educators with select titles featuring Just For Me Learning. It's great knowing that everything has your child's best interests at heart.

LeapFrog Imagicard brings magic cards to life for even more interactive game play. There are 6 bonus LeapFrog Imagicard included: the digital game and interactive cards include a demo game, photo fun, trivia and more. These were great as some of them had Ryan's favourite characters on them, Chase from Paw Patrol and Leonardo from TMNT were two.

You'll be happy to hear it has Parent Controls which allow you to set time limits to manage your kids' play and set passwords. You can customise experiences for each age and stage.

From box to Play it's really quick and easy. Once connected to WiFi the setup is really easy. You follow a few simple steps to create your account and then set up your child's profile. You can set up more than one so each child can have their own profile. Ryan loved taking his own picture with the 2MP front and back camera to set as his profile picture. The Paw Patrol and TMNT Imagicards are proving really popular too as he plays with them all the time. He's created his own pet called Candy Panda he finds very entertaining to play with. 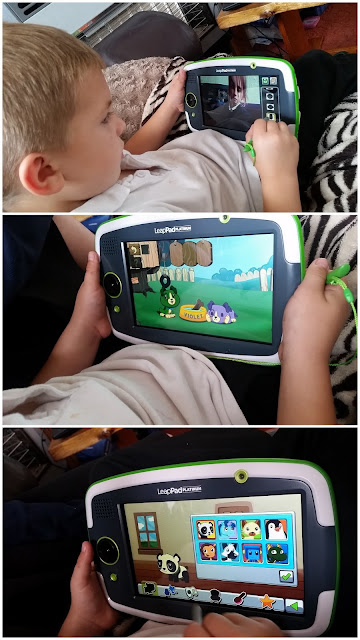 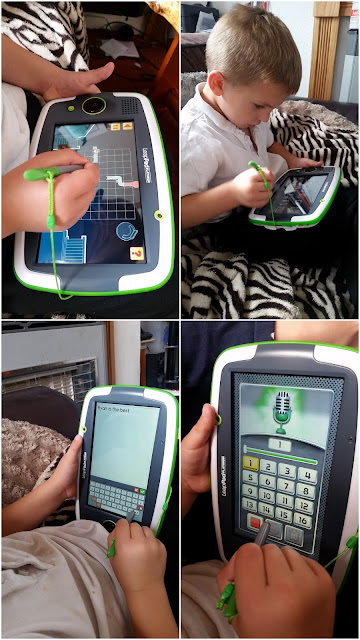 Ryan's loving the freedom he has with his new grown up tablet. He can play happily by himself without me having to constantly watch him over his shoulder. He's been playing with it everyday, he'd never put it down if I didn't have to charge it up for more play. The battery life is 5 hours which means we do have to charge it every second day or more here.

To add more apps or games you do have to pay for them but without doing that there is still plenty to do already. We've not downloaded or payed for any new additions and Ryan is more than happy with what he has to do on it. That might change in the near future but for now he's happy with what he has. There's lots to explore and learn, lots to play, read and see. Ryan really loves his new LeapPad Platinum and I must admit, I do love it too!

Disclosure: We received our LeapPad Platinum for free for the purpose of this review but all the opinions expressed within it are 100% honest and entirely my own.
Posted by Christine Taylor at 05:42