According to figures released today by Amazon, 11am on a Wednesday morning is the most common time for parents of babies in the Birmingham area to run out of essential items.

Local shoppers are most likely to place last minute orders for baby essentials like nappies, baby food and wipes on a Wednesday morning at 11am, with deliveries being made using Amazon’s ultra-fast Prime Now service. The figures, which look at the last minute shopping habits of customers in the Birmingham area, show the top five most popular baby products ordered by Birmingham customers on Prime Now are as follows:
The most popular item ordered by customers in the city of Birmingham is Pampers Baby Wipes which isn't surprising as I use baby wipes for pretty much everything and anything.

As well as stocking up on infant essentials, parents in Birmingham are taking advantage of Amazon Prime Now’s speedy delivery windows to treat themselves too. Shoppers are treating themselves to lots of grocery products including Terry’s Chocolate Orange, Coca Cola and Kingsmill Soft White Medium Sliced Bread to accompany their deliveries.

Amazon Prime Now launched in Birmingham in summer 2015 and offers one-hour delivery on thousands of items including daily essentials such as coffee, batteries and nappies, as well as other popular items like games consoles, toys and sports equipment - all via the simple and easy to use mobile app. Prime members can choose delivery within one hour for a cost of £6.99, or you can get free delivery within a choice of two-hour, same-day delivery slots between 8am and midnight, seven days a week. It's a very handy service to use.

We love Amazon here for finding bargains and speedy shopping of course and have used Amazon Prime for it's music and movies services too, so when we heard about the new Amazon Prime Now app, we just had to check it out for ourselves. The idea of getting everything we needed, delivered straight to our door within an hour or two to four hours depending on weather or not I want to pay for delivery is pretty awesome. I've never really need an excuse to shop so as soon as I'd downloaded the app onto my phone, I was off. 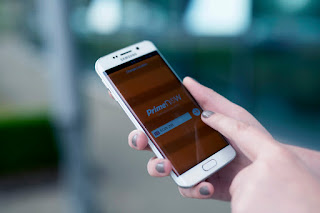 The app itself is really easy to use and the menu's are nice and clear. Everything's bold and big with lots of pretty pictures to guide you through it. There's a great search option which saves a lot of time and your back button will take you back to the main menu which is handy. I was pretty intrigued about the delivery system so I ordered a few different items to test them out. There's no point being boring so I went for a right mixed bunch of items.

Last week was Half Term so the kids were doing their usual 'I'm Bored' and 'I have nothing to do' moans whilst moping around the house as it was raining so they couldn't go outside. Instead of hiding away in the kitchen (not that I normally do that, or maybe sometimes I do)
I took out my phone and opened up the Amazon Prime Now app to place my first order.

Two hours later this is what arrived, all packaged nicely in brown paper bags. 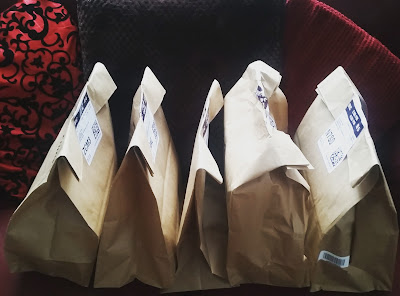 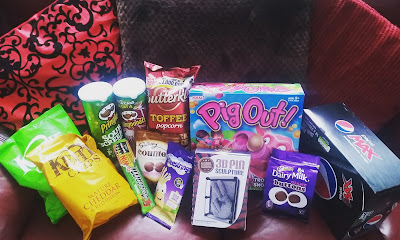 I ordered a few snacks and treats to keep them happy and a new game for them them too play which is just what it did. Our whole day changed dramatically once this delivery had arrived. The tears and moans went out the window with the rain and smiles appeared. 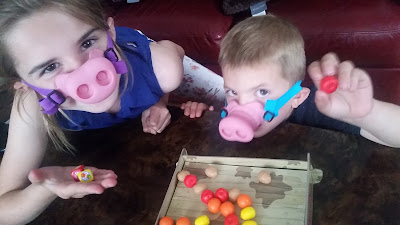 Using the Amazon Prime Now app not only saved my sanity but it really saved the day. From start to finish, using the app to place the order, receiving a text message to let you know your order is on it's way. The friendly drivers and the beautifully packaged bags, everything was fantastic. My order went smoothly and everything arrived as expected.

That order, although day saving for me, was pretty straight forward so I decided to place another one, slightly more challenging this time. It was a hot day and the kids were at school. I was looking in the freezer for some ice cream when I realised there wasn't any. Again I reached for my phone and opened up the Amazon Prime app to order some. I wanted to see if their delivery service could deliver me ice cream without letting it melt. 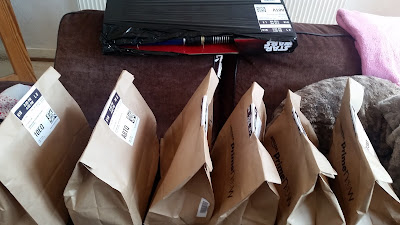 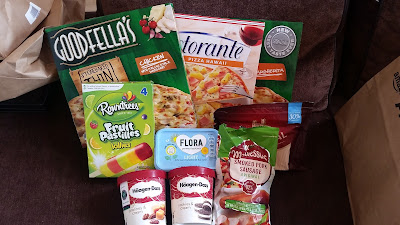 I am very happy to report back that my ice cream did arrive still frozen and not melted at all, hooray. I'd also ordered some frozen pizza's as well as some other fridge items and all arrived in perfect chilled condition. I was pretty impressed even if I do say so myself.

Not only do you get the ease and comfort of ordering from your own home but you still get the amazing low prices that we all know and love Amazon for. There was one more item that I ordered with my ice cream goodies that you might spy at the top of the photo which is going to be a  gift for my son on his upcoming birthday. He'd been asking for a Star Wars Lightsaber set for the past few weeks but at £50 it was a little out of my budget so when I saw it on the Amazon Prime Now app for just £35, I couldn't not get him one. It came nicely wrapped up in a black plastic film wrap so he wouldn't have known what it was even if he had been home when it arrived and seen it was a lovely added touch.

Both my orders were made for very different reasons and both really made my day. I think I'm now slightly addicted to this app but what's not to love about it. Low prices, same day delivery and a generally great service. I'm just disappointed I didn't find it sooner.

You can check if your postcode is accepted here at Amazon Prime Now.

Disclosure: We were gifted a voucher to try out the app service but all the opinions expressed in this review are completely my own and 100% honest.
Posted by Christine Taylor at 05:21