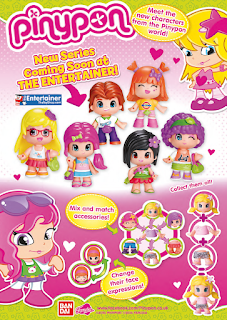 Pinypon are a brand new range of collectable and customisable dolls to hit the UK that are selling out quickly. The Pinypon dolls can be customised with the latest accessories and hair styles giving them a completely unique look every time. There's so many accessories and sets available with the dolls such as the camper van, house, hotel and much much more.

We received an amazing delivery this week from Bandai containing lots of Pinypon dolls and play sets for us to play with. Lily and Ryan were so excited when the box arrived. Inside was a whole host of Pinypon goodies including the: Pinypon Royal Prince & Princess Figure Set (first picture) Pinypon More Tales Figure - Pinocchio which is coming soon (second picture and a Pinypon Royal Carriage Playset (third picture). There was several duo sets of Pinypon figures and their pets as well as lots of individual Pinypon surprise figure packs. 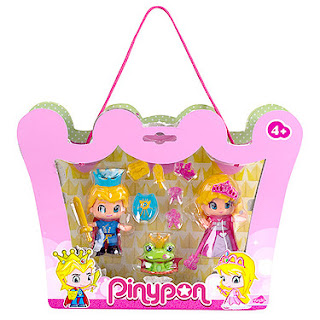 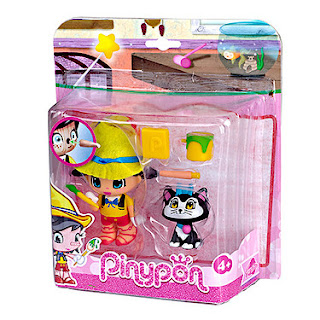 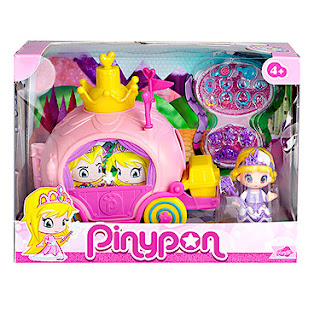 The Pinypon characters are great. There's lots of different fun characters each with their own accessories and brightly coloured removable hair and outfits. There's boys and girl making them perfect for all children to play with. The figures themselves are nice and chunky making them great for little hands. There's so many possibilities with these fun new figures as each one has two faces so you can change their expressions, removable hair so you can change their hair and lots of other removable pieces too. With removable pieces that does mean lots of small pieces to look after which can be quite annoying. I've taken away all the tiny pieces like rings, headbands, etc as they'd only get put into a mouth or lost anyway but that doesn't really take away from the fun to be had with these toys. Even without the added accessories you can still happily change the bigger parts as much as you like. We've had boys heads on girls bodies and all sorts here over the past few days.

Above is just a quick clip from the new advert from The Entertainer to see them in action.

Both my youngest two love these toys and are not firm Pinypon fans. There's so many lovely sets and figures to collect and with more Pinypons, you get even more choices. 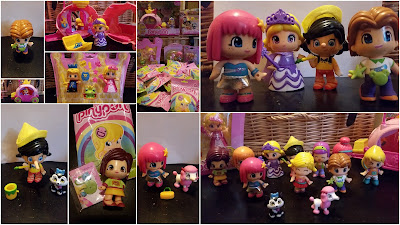 We've had a wonderful week playing with our Pinypon toys and have to say, they're delightful. The characters are fun, colorful and of a good size. They would make great pocket money treats for younger children and great fun for older. They're lovely role playing toys that really get children's imaginations going. It's been lovely to watch my two playing nicely together this week. With characters to suit them both, they've been having great fun.

Pinypon get a very well deserved 4/5 from all of us here at Mummy Of 3 Diaries.

Disclosure: We received our Pinypon toys in return for an honest review.

Posted by Christine Taylor at 04:54