Something exciting is coming for all LEGO fans. There's a brand new magazine hitting the shops from tomorrow - 24th February, 2016 and we can't wait. The LEGO NEXO KNIGHTS magazine is aimed at children aged between 6 and 11 years old. It's perfect for LEGO fans. 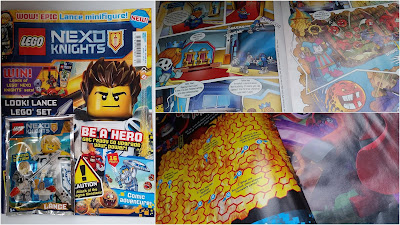 Every NEXO KNIGHTS magazine comes with a free LEGO NEXO KNIGHTS toy, issue one comes with a Lance Minifigure. Each magazine is packed full with news, comics, NEXO KNIGHTS hero facts, puzzles, posters, competitions, colouring and more. It will be on sale in shops from tomorrow and then every 4 weeks from then on costing £3.25 per magazine.

My little man Ryan was so excited when this arrived this week. He's a huge LEGO fan although we don't have that much of it yet seeing as he's still quite young and new to it. The Lance Minifigure was a huge hit, he built it all by himself and has been carrying it around with him since. His big sister Lily gets the LEGO Friends magazine which comes with a free toy to build with every issue too so he's excited to have a boys version for himself to build monthly and collect too. He's already eagerly awaiting next months issue, bless him. 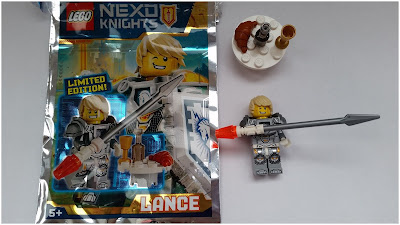 The NEXO KNIGHTS magazine is not only great for LEGO fans but for all Knights fans too.

If you're little ones like LEGO or NEXO KNIGHTS then watch out for this tomorrow.

Disclosure: We received our magazine in return for an honest review.
Posted by Christine Taylor at 13:52