Have a Magical Christmas at Drayton Manor Theme Park .. #Review

Have a Magical Christmas at Drayton Manor Theme Park

Today was the day that Drayton Manor opened it's doors and welcomed everyone to share a Magical Christmas with them. From now until December 31st you can go along to join in the festivities. Thomas Land has been decorated with beautiful Christmas trees, pretty lights and snow, yes real snow - well not real snow but it's just as pretty and not as cold.

We went along today for a family day out to see what all the fuss was about. Although only selected rides were open, Thomas Land was fully open making their Magical Christmas weeks perfect for younger children. Out in the rest of the park, the only two rides that were open was the Carousel and the Jolly Buccaneer which was great for my youngest two but a bit boring for my eldest who loves the bigger, thrill seeking rides but we still had fun. 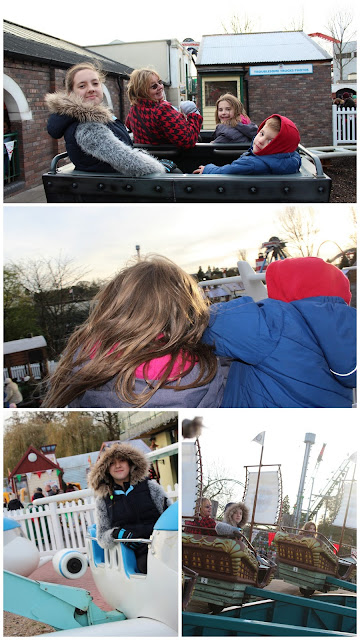 It was very cold out today so do dress up warm if you are planning on going. There are lots of indoor eating areas but it's mainly outdoors so do dress ready for the cold weather.

Our favourite part of our day was the new Ice Rink which is now in place of the Dodgems (Just over Christmas so don't worry, they haven't replaced them). This does cost extra but it's only £2 per person and you get a fun filled 15 minutes on the ice which was great. It's not proper ice (I'm not actually sure what it was) but it was very slippy as people were falling over everywhere. I had a go myself and found it OK but my children absolutely loved it. 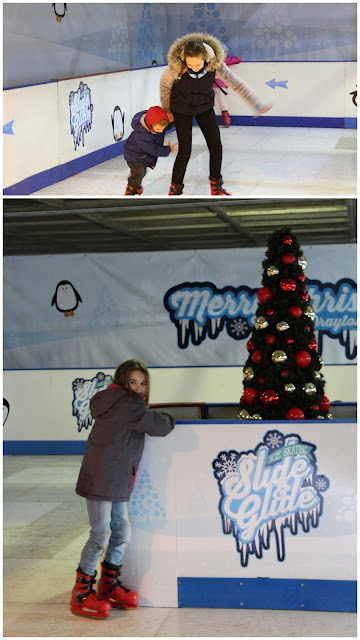 Back Inside Thomas Land there was lots going on. As well as all the rides in action, there's also three short snow showers throughout the day, live Christmas shows and a Christmas parade too. My little man loves Thomas Land so he was very pleased with it all.

Seeing Father Christmas was something that my children were very excited about and although they were happy with the whole experience, the waiting time was very long. Everyone gets a time slot for when they will see Santa, ours was 4pm as we had planned to see him just before we headed home, to end our day on a real high but we didn't get in to see Santa until 4:40pm which was 40 minutes after our allocated time slot. We were in the queue at 3:45pm as we didn't want to be late but the queue was very long and all outside which was also very cold. They had tried to add some heaters along the way but we were still freezing. There was also some small TV screens playing videos and Christmas songs but as we were all so cold, the children lost interest really quickly. Once at the front, you get shown straight into a room where Santa is waiting. Santa himself was lovely, very friendly and great with the children and the gift they received was really very nice. Overall Santa was very good but the wait just kind of ruined it a little bit for us as we were so cold. 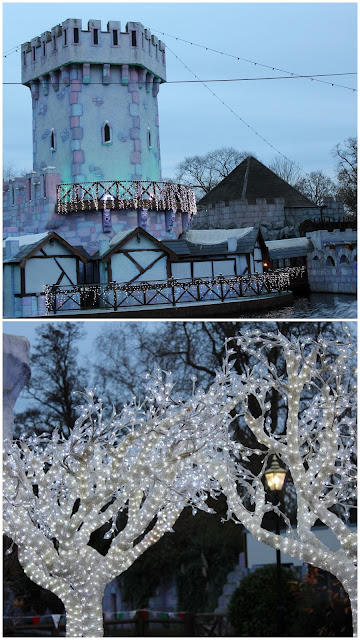 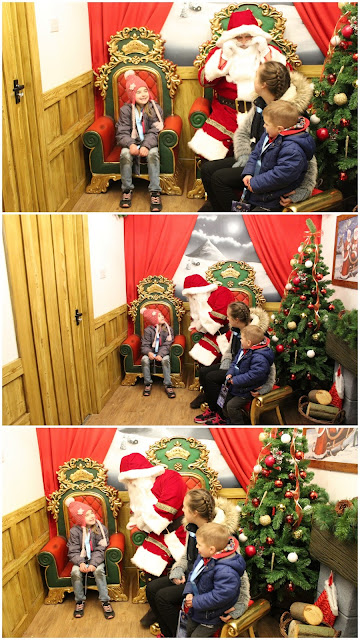 Our day itself was lovely even if we were all very cold but that was the naughty weathers fault not Drayton Manors. The park looked lovely and the decorations were great. There was lots of photo opportunities dotted around the park with little pop your head in decorations. My three loved them and had to stop for a photograph in each one, they were very funny. 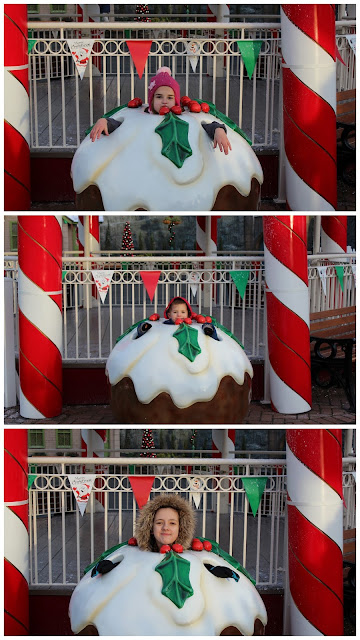 If you're little one loves Thomas Land then they'll love Drayton Manors Magical Christmas. You get all the fun of the rides (in Thomas Land) plus lots of fun extras too. Overall we had a very pleasant day and made lots of little moments and magical memories of our own.

You can get tickets online on their website - Check out Drayton's Magical Christmas.

Disclosure: We are Drayton Manor Ambassadors and were invited along today to review their Magical Christmas but all the opinions expressed were 100% honest and my own.
Posted by Christine Taylor at 12:25