It's Pumpkin Week at Hatton AdventureWorld .. We've Picked Ours! #Review

It's Pumpkin Week at Hatton Adventure World ..
We've Picked Ours!

From October 24th to November 1st 2015 it's happy pickings as it's Pumpkin Week at Hatton Adventure World. We had such an amazing time last year that we just couldn't resist going again. I mean, who doesn't love picking pumpkins? We sure do.

Pumpkin Week isn't just about picking pumpkins, although that is lots of fun. There's so much more on offer, seeing as it's also Halloween Time. There's lots of fun yet spooky things goings on around the site. With many of the staff members dressed in fancy dress, they've gone to a real effort to impress their visitors. There was zombies and witches everywhere. They weren't too scary though so don't worry, your kids will be OK. 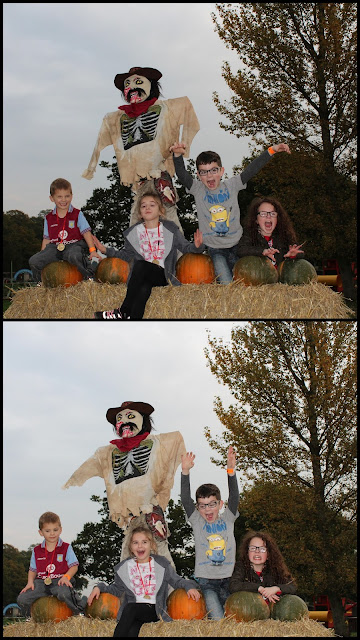 There were pumpkins everywhere, often stacked up spookily on hay stacks guarded by creep masked scarecrows. The kids all loved them, and climbing up on them. 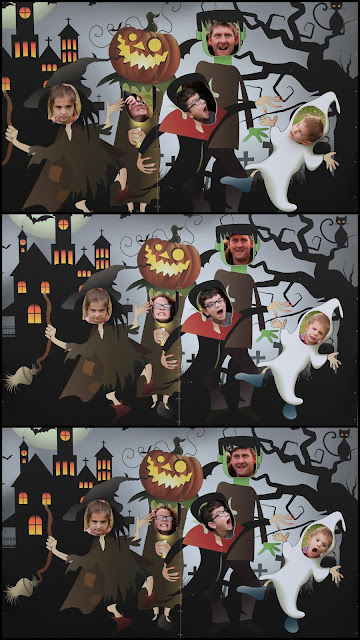 There was a big Halloween themed board with holes to poke your head through. We had so much fun with this, the kids thought it was hilarious as they swapped places to try them all out. I haven't laughed so much in ages. They do make rather cute ghouls though. 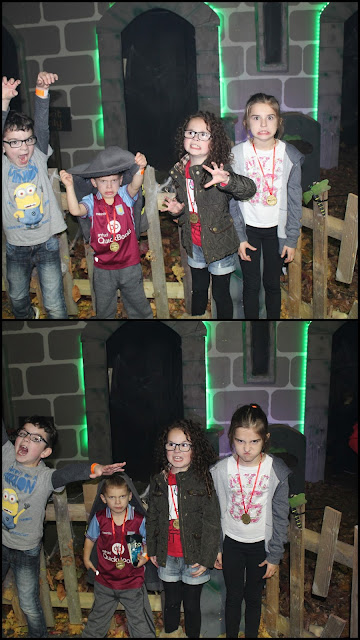 Inside the Haunted House, for those who dared to enter were lots of real life ghouls and ghosts jumping out from the shadows to scare those passing through. All except one of mine (Lily) went through twice and found it great fun. Lily was a bit scared and decided to give it a miss, but that's OK. It is recommended for children over 8 and not for young children who might scare easily like my Lily who jumps at her own shadow. 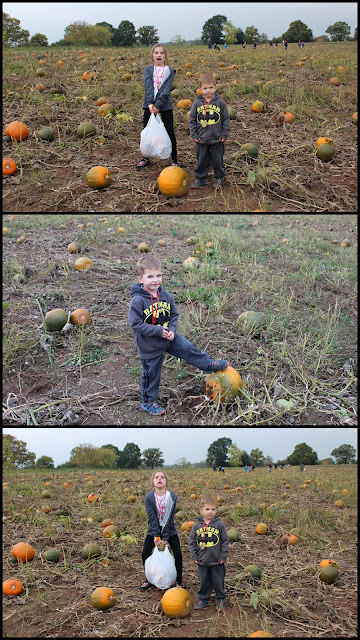 Out on the Pumpkin Field there's pumpkins everywhere. They come in all shapes, sizes and colours. Most are orange but there are a few green looking ones left too. Lily went for the biggest one she could find as usual where as Ryan took over half an hour to inspect them all until he found the perfect one for him, boy that child is  a fussy one when it comes to picking pumpkins. They all looked the same to me, but what do I know. 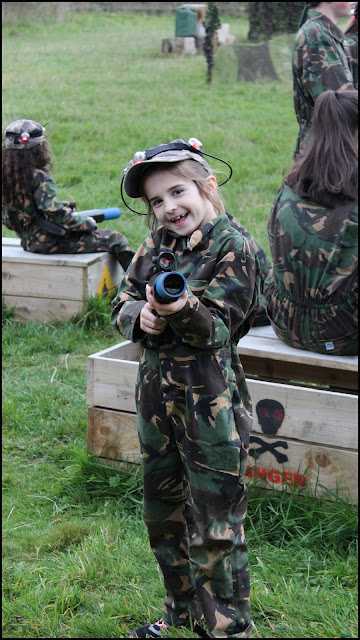 As well as all the new Halloween themed things that were going on there was still the usual Hatton activities too. Laser Combat had to be done, my kids absolutely love this game. Everyone over the age of 8 can get a free game which is 100% worth playing. It's a fun filled 20 minutes of fun for all. I haven't plaid yet as I'm on Mummy duties looking after Ryan who's still too young to play but everyone else I know who has played has loved it.

We fed the animals, made sandcastles in the outdoor sandpit. Slid down the giant inflatable slide and climbed to the top of the inflatable pyramid mountain. We panned for gold and earned our medals, swung on the old fashioned swings and spent hours playing in the Super slide Mania. We checked out the snakes in the Scales and Tails area and cuddled the Guinea Pigs in the Guinea Pig Village. There's so much to see and do at Hatton.

We had an amazing day as usual but today our visit was made that little bit more special because we were joined by some lovely family friends and their children who were all first timers. I'm pretty sure they were impressed and will hopefully return themselves one day.

If you're looking for some Halloween fun, a place to pick pumpkins or just a place for a really good day out. Then Hatton Adventure World is certainly worth a visit, it's ace!

Disclosure: We received our visit today for free in return for an honest review but all the opinions expressed are 100% honest and entirely my own.
Posted by Christine Taylor at 14:54