Disney On Ice 2015 at The Barclaycard Arena Birmingham. Our #Review.

Disney On Ice 2015 at The Barclaycard Arena
Birmingham. Our Review.

As a first day of Half Term treat we all went along to see our local Disney On Ice showing at the Barclaycard Arena in Birmingham. You're never too old for Disney so we were all very excited. It's been a few years since we've been to see the show so we were looking forward to seeing how it's changed since the last time we went (which was back in 2012).

I hadn't told the kids before now as I'd wanted to keep it a surprise for as long as I could. I told them around an hour before it was time to go today but only because I wanted to give them a chance to get changed into their favourite character dressing up outfits if they wanted to. Of course they did, I kind of knew they would. They love dressing up.

I took an Instagram video of the moments after I told them, I think they were happy.


Ryan got a little shy with the camera pointing at him but Lily was her usual excitable self as you can see. They were both delighted with the news and even Daddy was looking forward to it. Being huge Frozen fans, they were very much looking forward to seeing Elsa.

So with my very own Elsa and Captain America in tow, off we went to the show. We had really great seat about half way up in front of the stage. But from the way the Ice is laid out, I think you would get a pretty good view from where ever you were sitting in the arena.

I don't want to tell you too much about the show so I'll just share a few of my favourite pictures instead. I don't want to ruin the surprise if you're planning on going yourself. 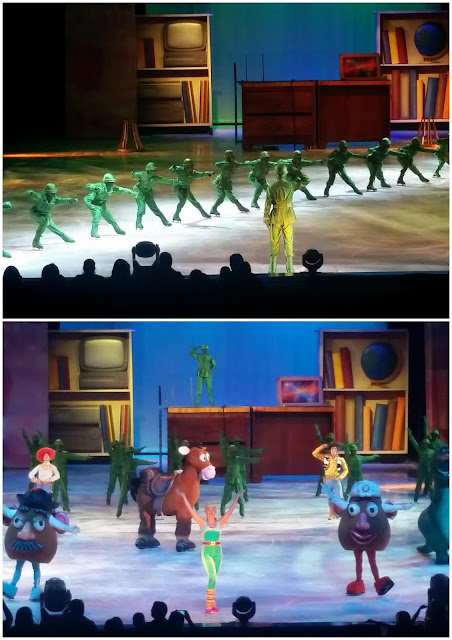 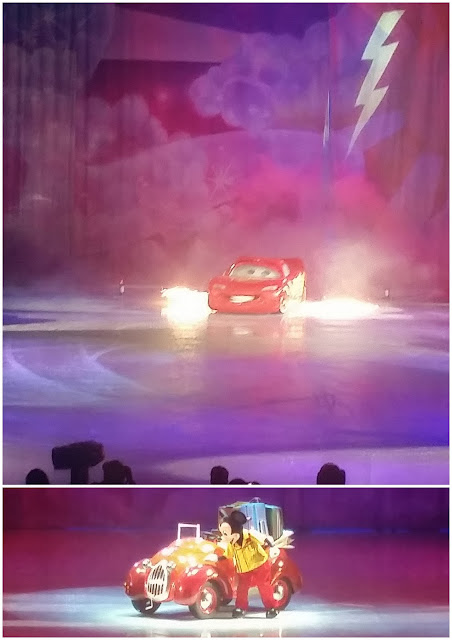 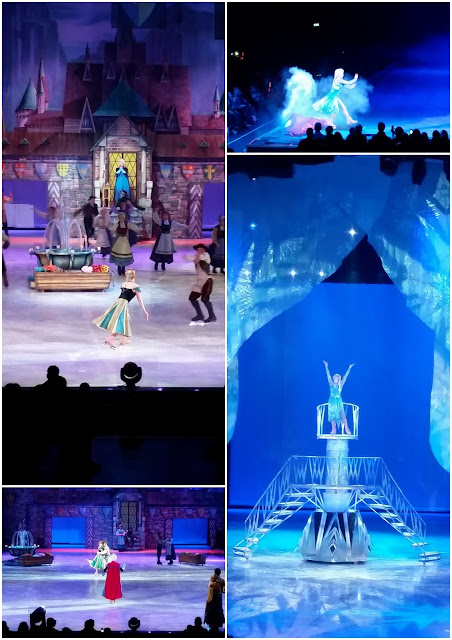 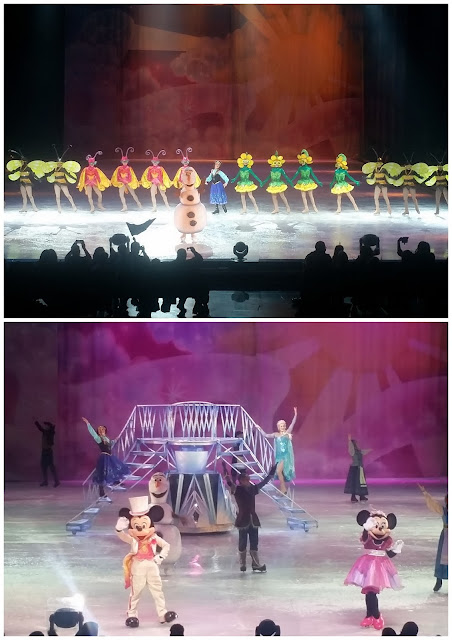 We had an amazing time and loved the show. The costumes and dresses in particular were so beautiful and the skating itself was fantastic, we all had a wonderful time.

All three of my children, even the eldest who had protested about going as she thought she was 'told old for Disney' had a nice time. With popcorn in one hand and flashing wand lights in the other we had a wonderful night. The Disney On Ice show was amazing, everyone should go. If you get the chance, we would defiantly recommend that you do. It's ace! 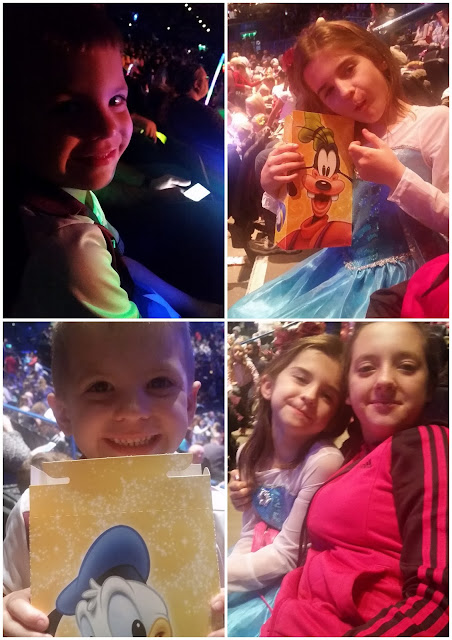 The Disney On Ice show is traveling around the whole of the UK over the next few months so do have a look at their website to see when it's coming to a local arena near you.

We had a wonderful family day out and really enjoyed seeing the show.

Disclosure: We were given free tickets to attend the show in return for an honest review.
Posted by Christine Taylor at 12:41