Having three children can sometimes be a real handful. I'm not saying that we don't have good times because we sure do, we have plenty of good times and great times too but lately they've been getting on each others nerves quite a bit, Okay more than a bit - a lot!

There's a few years age gap between each of them so we have 5, 8 and 12 which means they're all at very different stages of learning, playing, thinking, well .. Everything really. 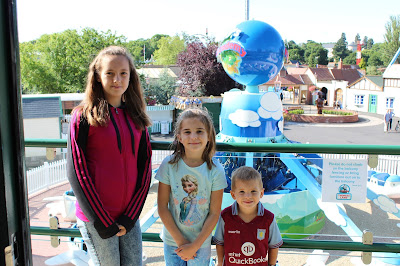 When two of them are playing together it works really well but then when the other one wants to join in, it all falls apart. It really is, two's company, three's a crowd with my lot.

Trouble often brews when one of them gets bored, causing them to try and disrupt whatever the other two are up too. It's always a case of someone's being 'left out' or 'someone's not playing nice' in our house. One day I might actually get a nice surprise and find them all playing nicely together for once. I know brothers and sisters are generally not meant to always get along but this is getting ridiculous now. The only time they are nice to each other is when they are watching TV or we're out doing something as a family.

Having three children is hard work, I've gone from being Mummy to being Referee. 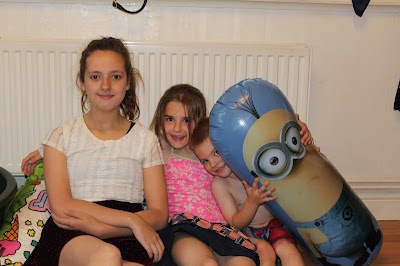 If you're a mum of three, you'll know how hard it can be sometimes. There really is no pleasing everyone so every choice becomes a majority vote which means one child is always out voted / left out, which results in tears, which yes of course, I have to deal with.

When you have three children you learn:

Being a Mum of three is tiring but it's also very rewarding. I have three wonderful, beautiful, happy, healthy children that I wouldn't change for the world. They are my world.

Two's company, Three's a crowd, But Four's Family!
Posted by Christine Taylor at 10:11