Treasure Island is coming to The Old Rep Theatre this Christmas

Treasure Island is coming to
The Old Rep Theatre this Christmas.

Treasure Island is a first-of-its-kind production and it's heading to Birmingham for the festive season. The magical swashbuckling tale of Treasure Island will take to the stage at The Old Rep Theatre. Opening on November 20th 2015 and running all the way up until the 3rd of January, The Old Rep Theatre on Station Street in Birmingham will be battening down the hatches as the classic tale of Long John Silver and Jim Hawkins commandeers the stage for over six weeks. Featuring tales of buccaneers and buried gold, this thrilling voyage will include matinee and evening performances for visitors of all ages. It's set to be a real hoot! 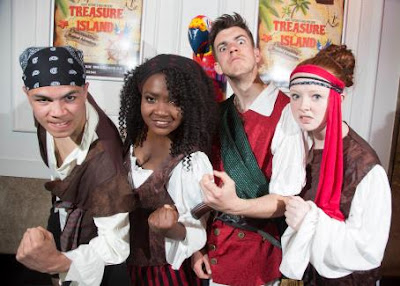 Featuring tunes such as Fifteen Men on the Dead Man’s Chest, Yo-Ho-Ho and a Bottle of Rum, be sure to get ready to sing-a-long at The Old Rep… pirate style!

Magical sets and costumes will be sure to complete this heroic expedition, which will begin from the minute audiences enter the theatre. Ooh arr me hearties! 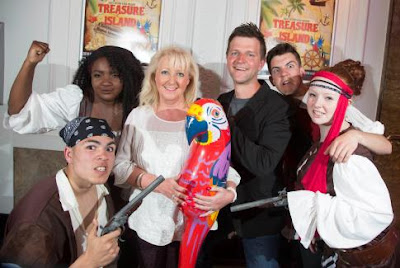 Tickets for Treasure Island at The Old Rep are just £15.95, with concessions available at £12.95. If you would like to book tickets, you can call the Box Office on 0121 359 9444, or visit their website www.oldreptheatre.co.uk/. It sounds like it's going to be great fun.
Posted by Christine Taylor at 09:53