Gee Whizz - The Magical Box Of Tricks For Kids #Review

Gee Whizz - The Magical Box Of Tricks For Kids

New Gee Whizz is a magical box of tricks for kids aged 5 and over from Drumond Park is jam packed with a fabulous array of basic tricks and magical activities that are perfect for younger children to master - They'll be able to put on a magic show for you in no time.

The compendium comes complete with clear, easy to follow pictorial instructions and with just a little guidance from an adult or an older sibling, children will quickly master the basics of illusion, such as pouring coins out of an empty saucer, or magically ‘growing’ a flower from the end of a magic wand. Children’s inquisitiveness knows no bounds, and suddenly you’ll find that they have taken simple tricks on board - all by themselves! 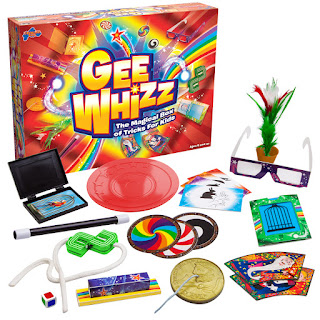 My little man Ryan has been playing with his very own Gee Whizz set this week and loves it. It's really brought him out of his shell and given him lots of confidence, performance wise. Ryan (aged 5) can often be quite shy as he's more of a 'joiner in' than a 'leader'. Ryan has been practicing his tricks all week and is slowly getting the hang of the whole performance thing. He's actually finding, being at the front rather than the back, lots of fun which is great. 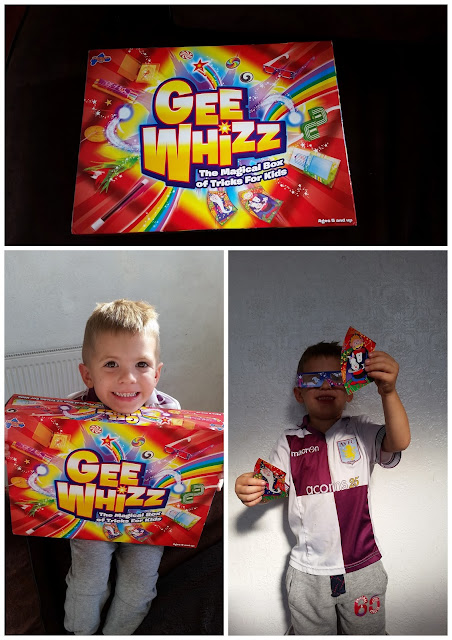 Ryan was very excited when his Gee Whizz set arrived, he's always wanted a box of tricks he could play with but a lot of other sets are aimed at older children that would be too hard for him so when we heard about this one, we were (both) very excited about having a play. 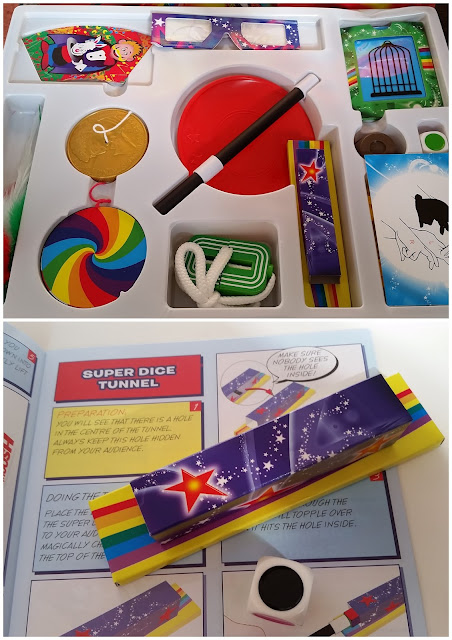 The box contains everything you need to carry out all of the tricks inside. The instruction booklet is fully illustrated in colour and has clearly written, simple to understand points to follow. Ryan managed to follow the picture instructions really well and only needed help a few times with some of the trickier ones. There's a good selection of tricks inside and something to suit everyone. They're all very easy to do and some are quite good too. 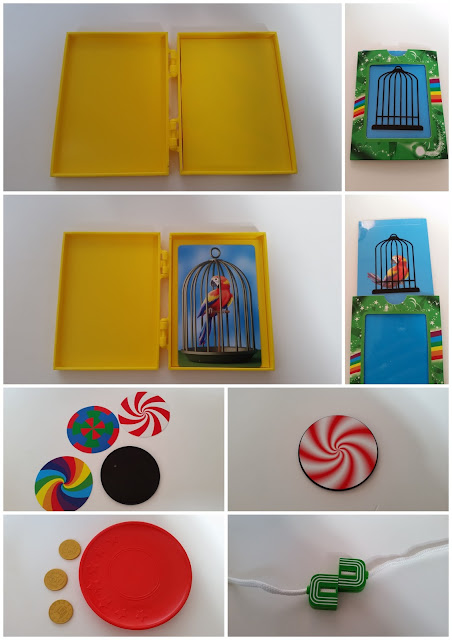 Ryan has had great fun trying out his new tricks, he loves the magic bird cage trick and the colours on the spinning disks but his his favourite trick is the magic flowerpot where pulling the magic flower out of his wand, amuses him every time. He's been showing me this one every day for the past week, so I'm taking that as a huge thumbs up.

The Gee Whizz magic tricks set is lots of fun and very easy to use. Ryan is only 5 but managed to do most of the tricks all by himself. It's a great set aimed at younger children. If you have a budding magician at home looking for a good starter set, this Could be it.

Ryan loves his Gee Whizz set and loves putting on little Magic Shows for us all now.

Disclosure: We received our Gee Whizz sample in return for an honest review. All the opinions expressed in this review are 100% honest and entirely my own.
Posted by Christine Taylor at 03:08