He'll have You Laughing Out Loud -
Scooby Doo Crazy Legs 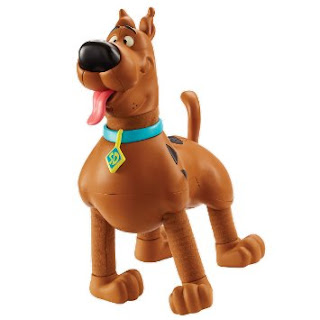 Scooby Doo Crazy Legs from Character is one toy that will have you laughing out loud every time. Scooby's legs have gone crazy! His paws spin independently to move him here there and everywhere. He moves forwards, backwards and spins 360 degrees!

When you tap him on the head he goes crazy, moving forwards and backwards, going left and right. He spins completely out of control whilst shouting lots of random phrases like 'boing, boing, boing' and 'scooby doo he he he'. He's quite the loveable character. 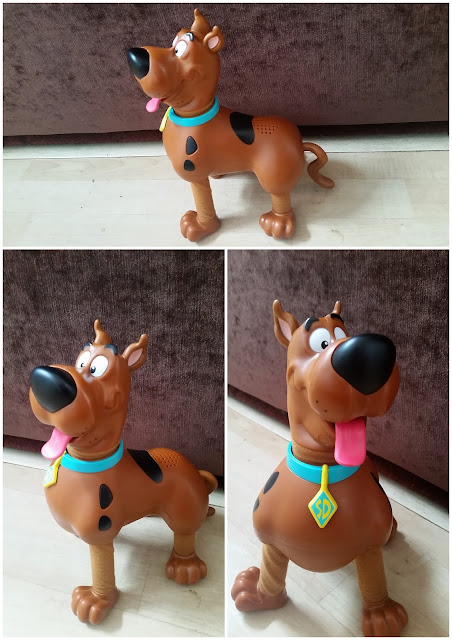 My little man (5) loves him and the laughter that can be heard when he's playing with him is just too cute. Scooby Doo Crazy Legs is really fun as he moves in different ways every time you play with him. One time he might go off in one direction and then another time he may stay in one place trying to bump into you. His crazy legs really can take him anywhere.

Scooby Doo Crazy Legs is around 30cm high in size and requires 6 x AA and is aimed at children aged 3 and over. We've loved playing with him, he's a real party animal.

Ryan has made a new friend and now loves tapping his head and running around laughing after him. Scooby Doo used to be on our TV but now he's right here in our living room and Ryan loves him, well we all do. What's not to love? He's completely adorable.

Disclosure: We received our sample in return for an honest review.
Posted by Christine Taylor at 01:15