Have a Blast with the New Zombie Blast from Character #Review

Have a Blast with the New Zombie Blast from Character 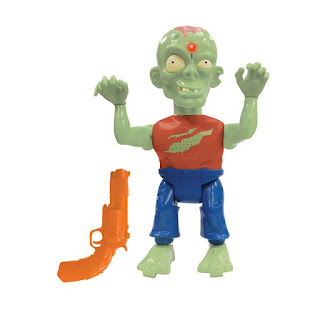 Like most little boys, my little man (5) was intrigued when we heard about this new Zombie Blast toy from Character. We wasn't quite sure what to expect at first but I'm happy to say that we had great fun playing with him. He's more funny than scary.

With Zombie Blast you can be apart of your very own Zombie apocalypse! You have to shoot the Zombie Blast down before your time is up which is around 30 seconds. Using the pistol provided you can shoot the walking Zombie from up to 2.5m away. There's 3 stages to get through and each one becomes more difficult. Shoot him 3 times and one arm will blast off, shoot another 3 times and his other arm will detach, shoot him a further 3 times and he will die and fall over. It's actually really funny to watch and not gruesome in any way. 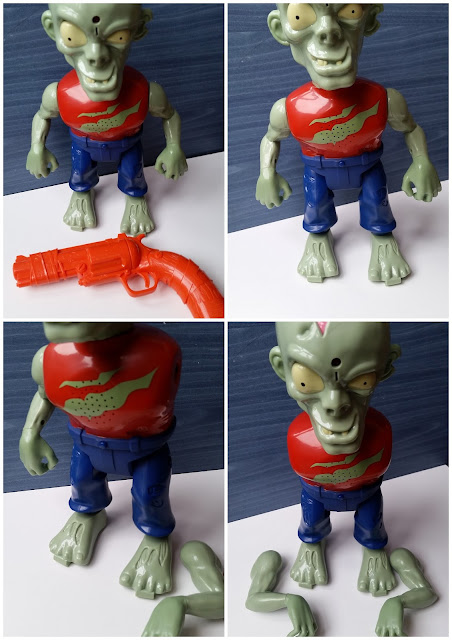 The whole game is controlled by the pistol which has a 'Start' button on the side to start each game. There's also an On/Off switch located on the top to switch off between games. The trigger is easy to use which is great for even the littlest of fingers. If you're not a fan of games that include guns in them then this toy maybe not be one for you but if you're like me and don't mind the odd game with one in, then you'll be okay. We were. 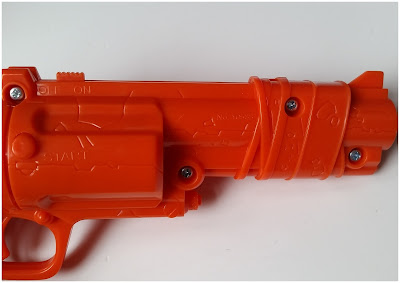 My little man thinks the Zombie Blast is so funny, he's been playing him over and over again for hours. He loves the part when his arms fall off and when he dies and falls backwards when you win. This toy requires 6 AAA batteries which are not included so be sure to stock up on them before hand. He's suitable for children over 3 years of age, my little man is 5 and loves him. He's really simple to use and easy to play with, he got a thumbs up from us.


Disclosure: We received our sample in return for an honest review.
Posted by Christine Taylor at 01:36