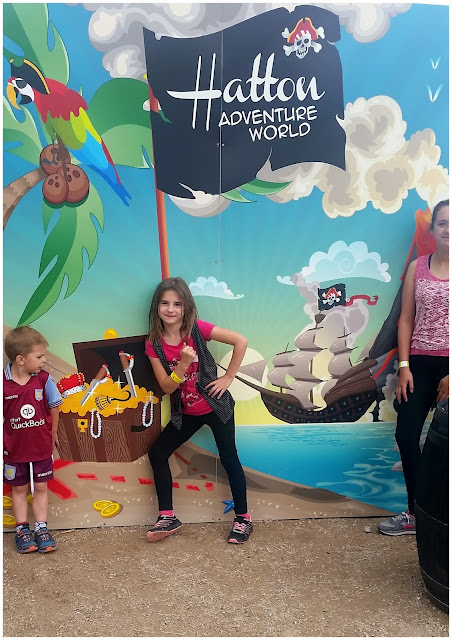 From Monday 10th August 2015 until Sunday 6th September 2015 Hatton Adventure World are hosting their very own Pirate Festival so we popped along this weekend to check it out. Brand NEW for 2015, Hatton are hosting a Pirate Festival. They're inviting children to dress up in their best pirate outfits and come on down for lots of swashbuckling fun for the whole family. There's Treasure Hunts and sword fighting. Water fights and Raft making, there's lots of Pirate themed activities going on in their very own 'Pirate Cove' but be warned - anyone not on their best behavior may find themselves 'walking the plank'!! 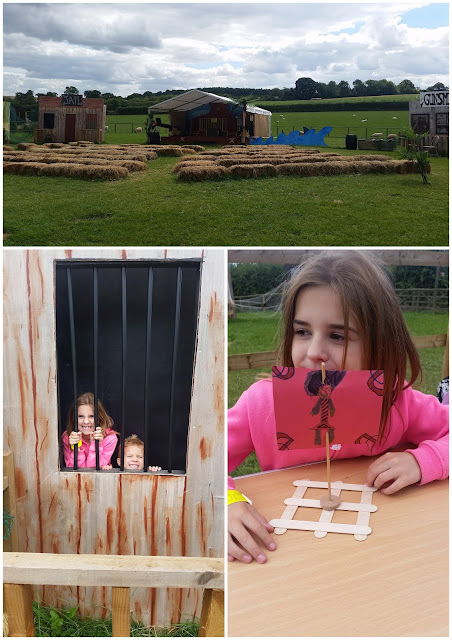 We joined in one of the Treasure Hunts and have to say that the Pirates were fantastic. They really engaged with the children and made the Treasure Hunt as fun as could be. The Treasure Hunt involved lots of walking ( so be warned) as we walked the grounds in search for clues to find the lost treasure chests code. Once we'd cracked the code we popped it down onto our sheets and saved them for the big show later on in the day where the children were invited along to come and claim their share of the Pirates Treasure which of course was some lovely sweeties. There was lots going on throughout the day in the Pirate Cove, there was lots of staff all dressed up as Pirates helping children make crafts and play games and generally having fun. If you're children like Pirates then they'll love this.

As well as all the new Pirate festival fun happening, there's still all the usual fun of the outdoor and indoor activity play areas that will also be operating along with 3 different bouncy castles, funfair rides, tractor rides and masses of animals to feed and handle. 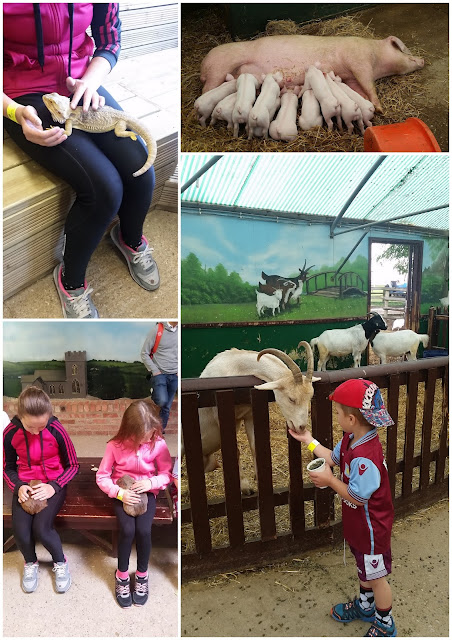 We've been to Hatton many times but with the ever changing routines and events there's always lots to do. We never get bored at Hatton, there's just so much to see and do.

We really enjoyed all the Pirate Festival fun as well as doing our old favourites too.
You can check out one of my older 'Days Out at Hatton' posts for more information of what's available in general. Each visit for us has had something special about it so it's always great to know that you can visit one place time and time again and still experience new things each time. We had a fantastic time this weekend at their Pirate Festival and do recommend if you're in the area to stop by and pay them a visit.

Disclosure: We were given free access to the event in return for an honest review.
Posted by Christine Taylor at 03:52