The Clangers are In stores from Tomorrow (1st July) But I have them right now!

The Clangers are In stores from Tomorrow (1st July)
But I have them right now!

Following the long awaited return of the Clangers to teatime children’s TV, fans young and
old will be delighted to know that these favourite characters with their familiar pink knitted
features are now available to take home; thanks to a delightful new toy collection is
launched by Character Options. We are so excited here at Mummy Of 3 Diaries.

They're not officially in stores until tomorrow ( July 1st) but we've been very lucky here and have received them a day early. How exciting is that! There's a whole new line-up of cuddly toys, figures and playsets all perfectly emulating the characters and backdrops from the
delightful stop frame animation series that returned to CBeebies on 15th June. 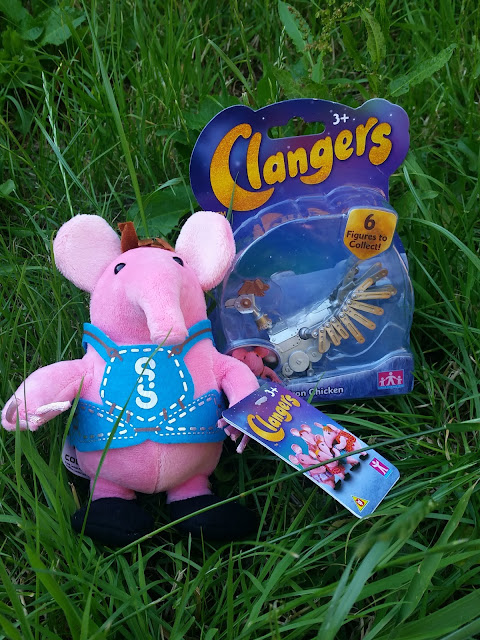 There's something for everyone, for all ages and to suit all budgets. At the lower end of the spectrum there are Clangers Collectable Figures packs at just £4.99 and Supersoft
Clangers plush toys at £5.99. You can see one of the adorable plush toys shown above.

There's Squeeze and Whistle Plush toys which are not only very soft and highly detailed with the special knitted-effect fabric, but press their tummies and you’ll hear the much loved cute whistling sounds that the Clangers are renowned for.

There's lots of fun to be had with the Whistle and Dance Mother Clanger and bedtimes to be shared with the Musical Starlight Tiny as well as the awesome adventures to be had with the Home Planet Playset. Which ever toy you're most looking forward to seeing, we know you won't be disappointed. If you're a fan of the show then you're going to love these.

We are so excited about our Clangers plush and Collectable figure but we're more excited about what's to come as there are more gorgeous Clangers goodies on their way.

You'll have to watch this space to see what Clangers goodies we get next but until then you can get your own Clangers toys from tomorrow - What will you be hoping to buy?
Posted by Christine Taylor at 13:19